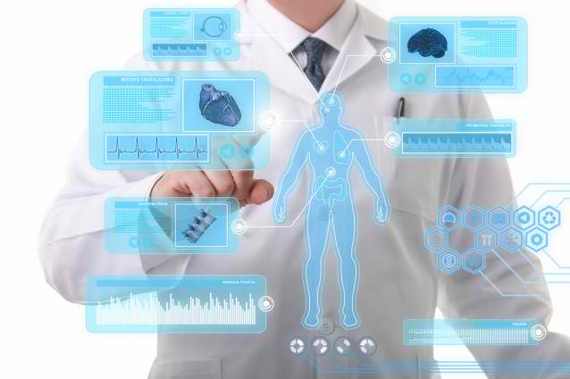 The phrase "Brave New World" has become one of the most often used clichés in medical technology in recent years. Google the title of Aldous Huxley's 1932 dystopian, and anticipatory, novel with the word medicine and 2,940,000 results appear.

But could there be better shorthand to describe some of the recent developments in medical, health and bio-tech? Consider these possibilities coming to fruition, or close to, in 2016:

Gene-editing startup Editas Medicine of Cambridge, Mass., filed to go public this month. The company's founder, Harvard professor George Church, hopes to, among other things, revive the extinct woolly mammoth or create a facsimile. Investors include Google and Bill Gates.

Of course, these investors aren't banking on birthing a dinosaur. They hope the company's DNA-editing technologies will give birth to treatments for an array of medical conditions such as cancers, auto-immune ailments, blood diseases and eye disorders.

Earlier this month, the FDA approved the farming of so-called Frankenfish, fast-growing, super-size salmons created by AquaBounty in Maynard, Mass., by spicing the genes of pout and Chinook salmon into common salmon and modifying the fishes' growth hormones.

It remains to be seen what kind of GMO labeling may be required for the fish.

Whether the lox is kosher, however, remains a matter of rabbinical study.

A new method of genetic splicing, CRISPR-Cas9, could allow scientists to make designer babies by replacing bits of DNA in the child's reproductive cells.

This also would alter how the genes are passed down to future generations, a big reason why the cutting edge CRISPR-Cas9 technology is controversial.

Ethical debates and safety fears about genetic modification technology have existed since its creation in the 1970s, but they have been dismissed as futuristic.

The future, however, is now, apparently.

Nanobots are made from DNA, specifically a single strand of DNA folded into a desired shape to carry existing cancer drugs. The bots then recognize and interact with certain molecules in the body. In other words, the bots can be turned on when they are near cancerous cells and off when they are near healthy cells, thus alleviating one of the big problems with cancer treatments.

I've seen something like this in a movie, I think.

Scientists have recently developed a sensor made from gum that has been chewed for 30 minutes, washed with ethanol and dried. Next, they added carbon nanotubes and found the material reacted to motion and humidity.

Who wants to wear chewing gum? Wearable technology use sensors made of metal but they stop sensing if they are twisted. Sensors made of plastic can prevent this, but they are less sensitive.

These pencil tip-sized sensors are combined with a drug and can tell your doctor if you forgot to take your meds. One drug-sensor combination under review by the FDA, called Proteus, combines a sensor with Abilify, an anti-psychotic drug, to tell physicians or caregivers whether patients have gone off their medication.

Bio-ethicists are worried, however, that the data which is transmitted wirelessly via a navel attachment could be intercepted, which violates a patient's right to privacy, or used by insurers, who could first charge a discounted rate but then a co-pay if medication is missed. Others fear the pill could be used by the courts to punish non-complying patients.

Technically, thousands of people currently carrying chip implants for all sorts of reasons, from opening doors with a swipe of the hand to creating a tattoo from inside the skin, are cyborgs.

Researchers at Columbia Engineering, however, recently isolated a chemical energy-producing biological process to power a solid state integrated circuit. This means, at the chip-level, at least, it is possible to create a part-human, part-technology process, if not creature.

That sounds beyond a Brave New World to me.

Florence Comite, M.D., an endocrinologist, is the author of "Keep it Up," a book about precision medicine.

Florence Comite MD, renowned endocrinologist, author of Keep It Up and leading expert in emerging field of Precision Medicine