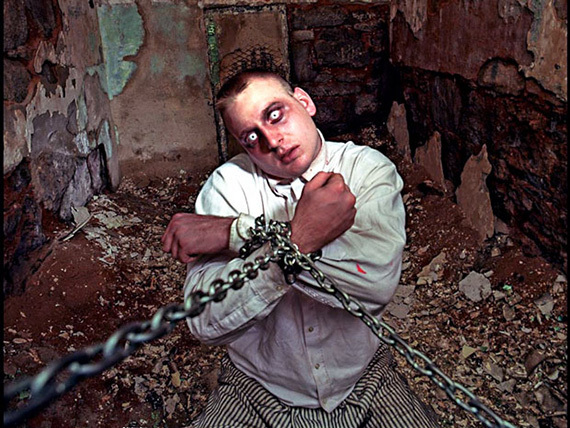 The days of your parents recruiting Grandpa to act out a goofy ghost story in the garage are done. These days, haunted houses feature studio-quality gore, freaky masked monsters, and immersive storylines that will have you convinced you're trapped in a real-life den of horror.

So put Gramps back in his La-Z-Boy and hit the road to one of these scream houses. 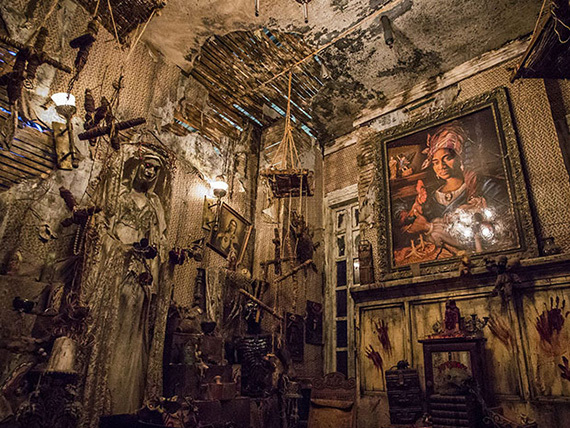 Though co-founder Phil Anselmo, front man for Pantera, is no longer involved in NOLA's Satanic lair, heavy metal vibes still reverberate from wall to wall. Located amid the shadows cast by the Huey P. Long Bridge, the 25,000-square-foot attraction almost saw its demise last year. Alas, it's been resurrected and features two new scares: carny freak show Bordello of Freaks and clown assault Laff in the Dark. As for the original house, it too has gone through a bit of a makeover but continues to play off the city's historical dark magic. And as always, expect the trademark "Shock twist." 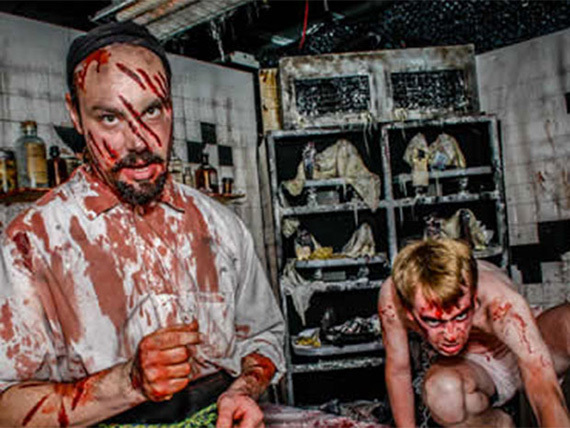 A new-wave horror house, NYC's macabre manor is no place for scaredy-cats. At 5,000 square feet, it's a tenebrous labyrinth rampant with bloodied asylum residents lurking behind every turn. Though you'll remain relatively untouched during your tour, the jump scares, buckets of blood, and whirring chainsaws promise to invade your psyche and stick with you long after you exit. 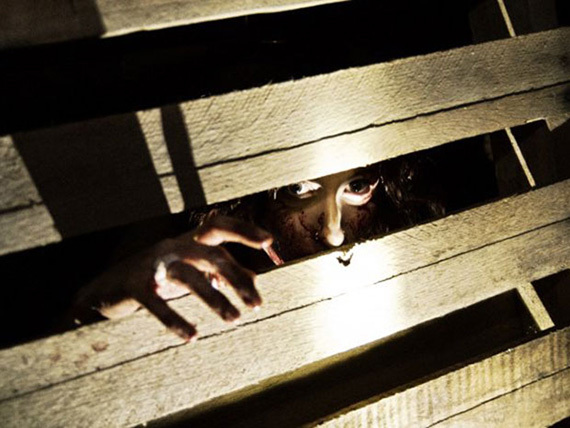 An indoor/outdoor scream park along the Merrimack River, the destination has a terrifying story to tell, and you're the central character. Equipped with every terrifying trope under the moon--inbred freaks, evil clowns, chainsaw zealots--it's psychological warfare at its finest. In addition to its five adrenaline-pumping horror attractions, there's a restaurant and bar for refueling, plus zombie paintball and a haunted hayride. These guys honor a no-touch policy, but you should know that there is the possibility of getting shocked--by actual electricity.

4. TERROR BEHIND THE WALLS - PHILADELPHIA, PENNSYLVANIA 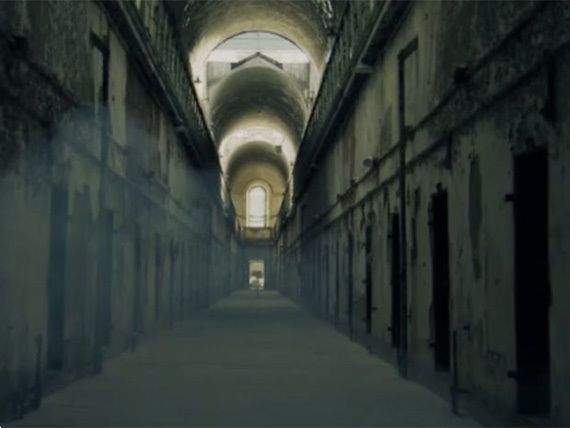 Credit: Terror Behind the Walls

Forgo freedom for a night as you navigate 11 acres of this haunted cellblock. Set inside the castle-like Eastern State Penitentiary, six main attractions terrorize participants. Before entry, one must make a choice: touch or no touch. All in favor of the interactive route, plan on literally clawing your way out alive, as the prison's sinister inhabitants will pry chosen ones from their groups and send them down hidden passageways to nowhere. New this year: Quarantine, where thrill seekers are vulnerable to an infectious outbreak, and Break Out, during which the prisoners will do whatever it takes to get free--even if that means using you. 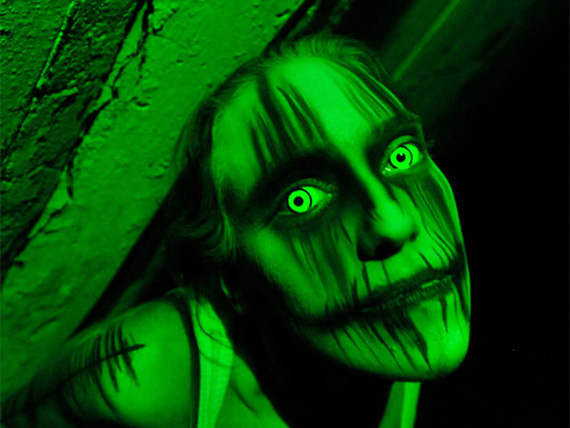 Previously the Guinness World Record holder for longest walkthrough haunted house, this cult classic plays host to four stories of haunted hurdles, which include a manmade swamp and mutant gorilla. With state-of-the-art effects and disturbing costumes ripped right out of a Rob Zombie flick, the house feels as though you've entered the final gateway to hell. Have someone else go first, as Satan's minions will pluck victims from the crowd and have them buried alive. Seriously.

READ MORE: Murder and Dismemberment in the Motor City 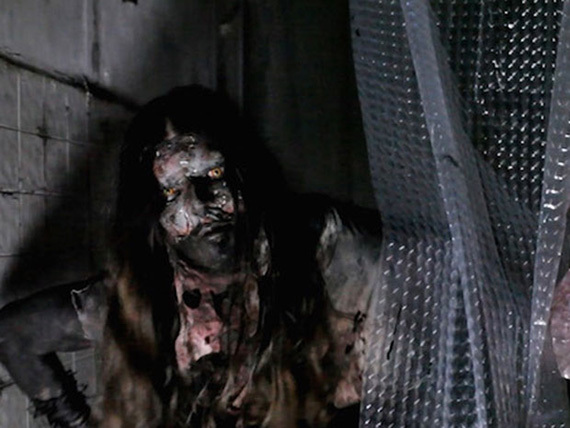 Get the lungs ready for two houses full of contorting creeps, all-too-real crime scenes, and foot chases with the soggy long-haired ghost girl from The Ring. Have fun trying to break out of the hostile maze knows as the Hostel. And good luck surviving the 7 Deadly Sins, in which visitors must maneuver the lair of a murderer with nothing but a flashlight a dose of courage. Think David Fincher's cult film Se7en but in total blackness. 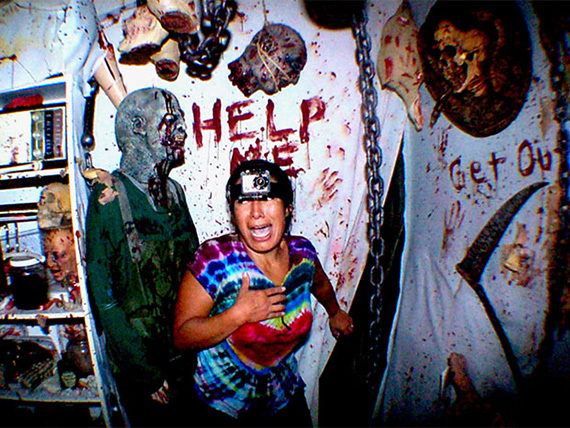 Similar to NYC's beyond-extreme Blackout haunted house, which is basically a no-boundaries torture chamber where you're the tortured, McKamey Manor takes its theatrics to another level of hell. This 21-and-over not-so-funhouse makes you sign a waiver and gives you a safe word before having you and your pals star in your very own horror movie. It's all fun and gory games, but make no mistake: This is an intensely physical experience that can last anywhere from four to six hours. So if you're not okay with being tied up, tossed into small spaces, and spattered with (possibly real) blood, then just keep walking.