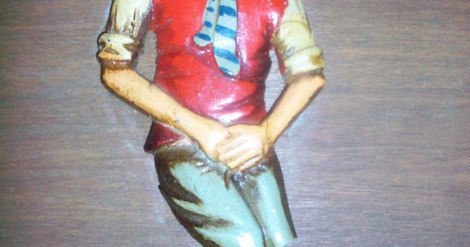 What is it about bathrooms that bring out the bigotry of those who are -- let's give them the benefit of the doubt -- otherwise loving individuals? I understand backlash, which is unfortunately neither new nor unique to human rights for transgender people. You can find support for all sides of the debate through your favorite search engine, so instead, I want to talk about something that doesn't seem to get much ink: holding it.

What does "holding it" have in common with intolerance? I mean, can closing your sphincter cause bigotry? Read on and learn 7 reasons why it might.

Let me start by saying that transgender people police ourselves. Before I was consistently read as male, I used public restrooms that felt wrong to me but matched the sex listed on my birth certificate. It wasn't who I knew myself to be, but I understood how I appeared to others...which is why I now use the men's room, where nobody looks at me twice and I do them the same courtesy.

I saw a Buzzfeed video recently (12 Things Trans People Do in Public Bathrooms) and of the twelve socially acceptable behaviors they mention, I've done about nine of them, though I'm primarily concerned, like most people using public restrooms, about relieving myself. 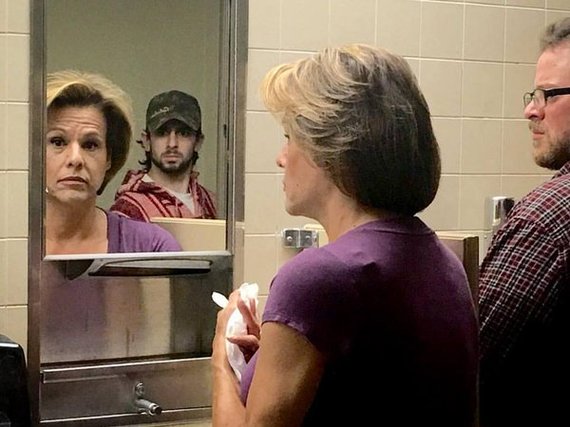 Alexandra Billings using a bathroom based on her birth certificate

The human bladder can hold around 2 cups of fluid before a signal in healthy adults goes off and it's time to do what most of us have learned by age 3. As far as I know, trans folks don't have any higher tolerance for holding it than anyone else, so if a law told me I had to use the women's bathroom, over time, that would create a health risk.

"...fighting your body's urge to pee for long periods of time can indeed wreak havoc on your bladder."

You know how you're always told to drink plenty of fluids? One of the main reasons doctors recommend this is because it assists the crucial function of cleaning our kidneys. In terms even a child could understand, the kidneys "filter waste from the blood and produce pee to get rid of it. If they didn't do this, toxins (bad stuff) would quickly build up in your body and make you sick." 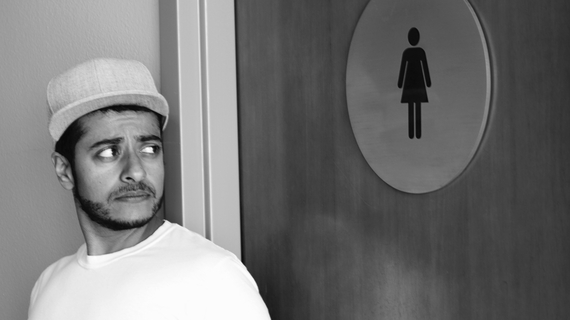 Shaan Dasani and the bathroom of his birth certificate

Every human being on the planet (or in space) urinates. In healthy adults, this happens anywhere from four to seven and sometimes up to 10 times per day. Transgender people have bladders, and we are often out in public. You do the math.

For the record, we have to deal with all the usual public bathroom issues, too: toilets that don't flush, missing toilet paper, men and women with abysmal aim. Don't even get me started on holding your poop. I think you get the point: "holding it" repeatedly is a verified health risk, unlike the risks claimed by those who advocate restrictive bathroom bills. 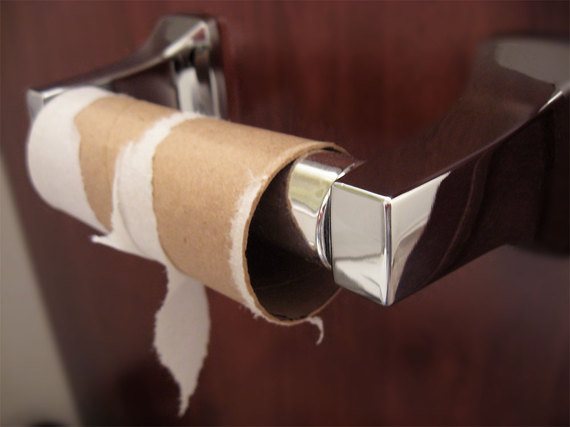 I understand being concerned for the safety of your loved ones, but for some reason, you've confused "transgender" with "predator." This seems like a problem that could easily be solved with a dictionary.

I'm not claiming that of the three-quarters of a million transgender people in the U.S., predators don't exist, but I guarantee the percentage is lower, probably by a sh*t ton, than in the cis-gender population. If you're worried about predators who "play dress up," I don't see how an exclusionary bathroom law will help. If the laws against predation don't stop them, why would this?

Trans people have been using the public restrooms with which they identify for years without incident, or sadly with incident if you count the times that trans folk have been attacked or otherwise harassed. Honestly, we just want relief from our badgering bladders. Neither a law nor your hate has anything to do with that. It's just taking an issue that we'd really like to stay private and putting it up for public debate.

So if you're worried about predators, grab a dictionary and then do something about predators. The problem with using panic to justify an exclusionary bathroom law is that in so doing, you've become what you fear, and you're preying on the wrong people.

[NOTE: Before looking at the table below, test your knowledge about the potential side effects of not going by taking this QUIZ I designed to suggest 7 reasons why "HOLDING IT" could make you a bigot.]