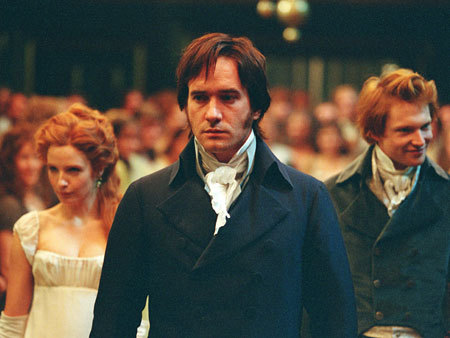 He's rich, powerful, noble, and very good looking. He is beloved by women around the world who continue to admire and ardently love him. He remains one of the most adored romantic heroes ever--not bad for a bloke who is over 200 years old.

He's Mr. Fitzwilliam Darcy. And time has only served to make him finer.

This week marks 203 years since the first publication of Jane Austen's classic book Pride and Prejudice.

In recent times we have had two powerful film versions by that brought Mr. Darcy alive and imbedded him deeper in our hearts: Collin Firth starred in in the BBC Mini Series in 1995, and Matthew Macfadyen stepped in those shoes in the movie remake in 2005.

So what gives Mr. Darcy staying power as a fictional character (fantasy boyfriend) and why do fans continue to love him? Many fans say they fancy the romance and civility of the Regency era that was Austen's world.

We asked some experts to share their thoughts on what makes Darcy such a catch in modern times.

1. He is a desirable alpha male. It's no secret that women love strong romantic heroes. Duana C. Welch, PhD, author of Love Factually: 10 Proven Steps from I Wish to I Do offers a scientific point of view. In Mr. Darcy, we have:

"The world over, women fantasize about being swept away by such a man, because the world over, women correctly infer that these qualities are tied to provision and protection," says Welch. "We probably inherited these preferences from our female ancestors, who survived and thrived better in a red-claw world if they had a strong and capable mate bringing home the wild boar." So a man with the genetic goods, like Darcy, not only provides and protects, he may give those good genes to prospective offspring.

2. His brooding is a sign of power. Darcy is more like a cold fish than a hot prospect in the eyes of Elizabeth Bennett when they first meet him, yet other women see a great catch. "He's an enduring object of female desire because of his personality, too," says Welch. "At the beginning of the novel, Darcy is brooding, taciturn, and difficult to please. Research shows that women tend to think such men are the best providers."

3. He's all in. Darcy may appear the classic unavailable man, but we come to know that he is love sick with his desire for Elizabeth. "He is the tortured soul, who longs for the heroine... even though he does not want to," says Silke Jahn, Founder and Editor of Romance & Smut, an online literary hub for romance novels. "But once he makes his mind up, he is all in and pursues the relationship with focus. In this way he really is not all that different at all from modern romantic heroes."

4. He risks it all for the woman he loves. Darcy is a rich young guy with power living in an era where status and conventions hold a lot of weight. "A man with resources who won't commit his heart to the heroine is no good at all," says Welch. "But Darcy is focused solely on Elizabeth. He could have any woman he wanted, being the universally sought hottie he is. But in women's fantasies, and in Austen's romance novel(s), the heroine is special, singular, worthy of his wholly focused pursuit."

"Darcy faces the scorn of his closest living relative and possibly society at large by pursuing and desiring a woman far beneath him in family connections and status. He risks giving up his social world to make her his world, doing whatever it takes to utterly conquer her heart." That he is irresistibly drawn to Lizzie makes the victory of his devotion that much sweeter. 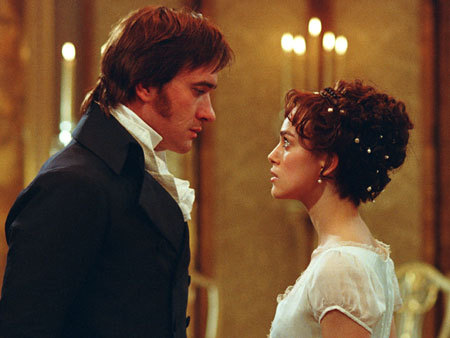 5. He admires his woman for who she is. Being appreciated and admired is empowering. And one of the key elements of any romantic fiction is that a reader can put herself into the shoes of the heroine. "Elizabeth Bennett was a modern woman when she was written, and she could still be considered modern even by today's standards," says Annie Sullivan, Publicity Coordinator for Professional Development at Wiley. Darcy is even more appealing because he accepts the things in Lizzy that make her so relatable and inspiring to readers :

6. The love story of Darcy and Elizabeth captivates us. Packaged into the story is a fairytale with a heroine who follows the beat of her own drum, even though the mores of the day indicate she needs saving. "The Disneyesque aspect of the happily-ever-after here is as familiar as Prince Charming and Cinderella; she marries up, and all her social and financial worries are wiped away," says Julie Drew, PhD, Professor of English, at The University of Akron. "That part is pretty obvious, and undoubtedly still a draw--the literary version of a lottery fantasy with benefits."

"On a deeper level, however, Darcy and Elizabeth share a substantive connection over what they believe it means to have a life worth living," she says. "They value ethics over beauty, personal integrity over public approval, love over pragmatics; and intellectual pursuits over vain ausements. Their union (in the end) is based on friendship, loyalty, mutual respect, common interests, and passionate, romantic love. That makes for a pretty captivating love story, to my mind."

7. Romantic, yet the struggle is realistic. Like real romances, which can in real life be rife with misunderstandings and family issues, Darcy and Lizzy show that love can be messy and may not happen so suddenly. "One of the greatest and most realistic aspects of the Elizabeth-Darcy romance is that it's not love at first sight," says Sullivan. "It is a complex and ever-changing relationship that shows readers that nothing will ever be perfect in life. There are going to be misunderstandings. There are going to be family struggles. There are going to be people trying to pull you apart. But, as long as you listen to your heart, you can secure your own happiness." 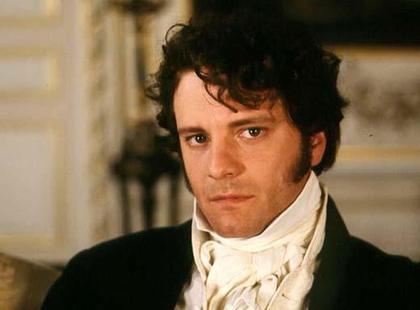 Has Mr. Darcy bewitched you body and soul? What do you love about Darcy, Lizzy and Pride and Prejudice?