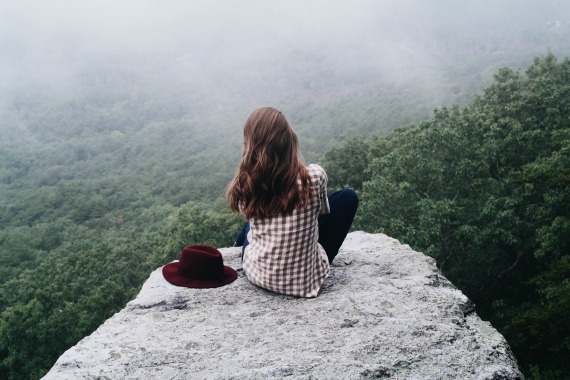 Winners never quit and quitters never win. So the saying goes. Inspiration hits via motivational quotes remind us quitting is not an option. The difference between winning and losing is never quitting. Losers quit when they're tired, winners quit when they've won. And on it goes, down the slippery slope of disappointment and failure. Clearly, quitting is the not your best move. Except sometimes, when it is.

It's helpful for quitting to have context. A tweet or quote doesn't do it justice. There's more to quitting than bowing out when things get tough right? You know when it's time to consider quitting, when things no longer feel right. When you keep trying and that niggly feeling won't go away. It's not about effort. It's about awareness.

My memorable 'quits' include quitting my corporate career and later, quitting a guest lecturing post, before I even started. When I quit, I didn't feel euphoric or heroic. I felt I disappointed people, including myself. Looking back now, I see things differently. There are times when quitting is sometimes your best move. Here are seven reasons why.

1. It saves a lot of unnecessary pain.

If you persevere with that soul-sucking office job, or that college course that someone else chose for you, it's prolonging the pain. You know it won't end well so why put yourself through it.

2. It creates space for the right fit.

Ending the pain of what's not working allows you free up space and energy to attract the things that are meant for you. It's saying no to what you don't want so you can say yes to the things you do.

3. It makes you more committed in the long run

It's not easy to quit something. It takes courage to make the decision and commit to what you really want next. This shows commitment to your vision; it's not staying stuck or safe.

4. You refocus and change direction

As Oprah says, 'when you stumble, it just means oops, detour.' There's no quitting, just some tweaking and refocusing in a new direction.

Quitting tends to be seen as a negative thing, ending in disappointment. But it can be freeing and energizing, propelling you on to the next chapter with more speed and renewed inspiration.

It takes courage to step up and take ownership of your decisions and actions, even when they haven't turned out as planned. If something doesn't feel right and is making you unhappy then identifying this is a big step towards moving past it.

7. It doesn't matter what others think.

I'm sure you know at least one person who stays in a job they don't like or a relationship that's no longer working because it's easy. It's not easy admitting you have made a made a wrong choice but at least you're brave enough to do something about it.

Sometimes carrying on can be the best thing to do. Quitting isn't always the best option and it's not something you rush into. But it doesn't have to end in disappointment. I've quit giving myself a hard time over quitting. I never quit, I simply course redirect and keep my eye on the destination.