Going clubbing at night is getting sooooooo old, amiright? I mean, it's so last year to come home at 5 a.m. when you could totally just get the party going at 6 a.m. Seriously, it is all the rage these days so you should def hop on the bandwagon. Unconvinced? Here's why you should flip the switch on your party habits and hit the dance floor earlier, rather than later:

1) Because it gives you an excuse to get up on time. You're way less likely to bump the snooze button when you know you're heading out to bust a move.

2) Because it's the same as a morning workout. Dancing = cardio = burnin' those calories right up. 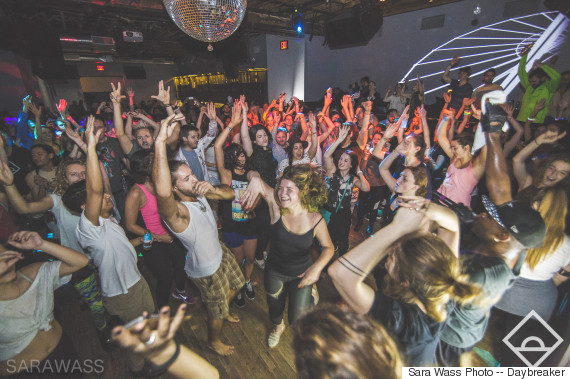 3) Because you drink coffee and juices instead of liquor. There's waaaaay less calories in those than in a traditional cocktail and there's no chance of a hangover. WIN.

4) Because you get HIGH ON LIFE. Seriously. Those endorphins put in WORK.

5) Because you're much more likely to run into a dancing carrot, a tap dancer, enormous gyrating jellyfish, acrobats, and a group of troubadours all at the same time and actually remember it the next day... or, ya know, later the same day. 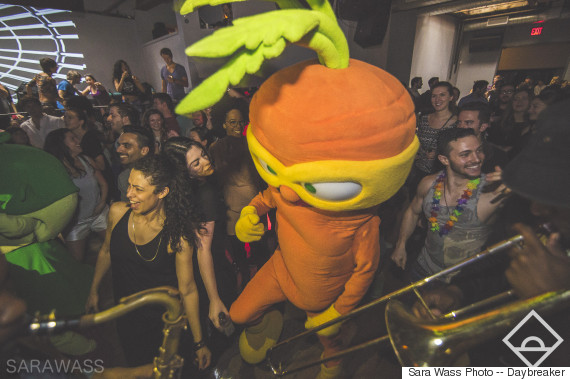 6) Because there's no need to wear anything constricting -- like heels! It's 7am. You're probably going to work in a bit and there's nothing that's going to harsh your mellow more than trying to get down with your bad self and be restricted by stilettos. There's no time for stilettos. Club's goin' up on a Tuesday and it's doin' it in sneakers.

7) Because you're going to see people from literally every walk of life. Whether you're a dreadlock-wearing white guy from Bushwick, an overgrown finance bro, or even A BABY (yes, even BABIES hit the club), morning dance parties could (and do) appeal to all. 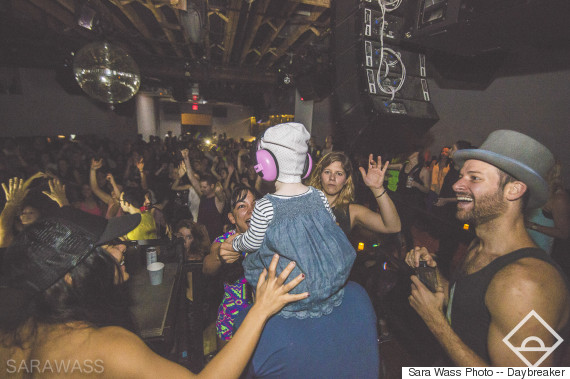 Download
Calling all HuffPost superfans!
Sign up for membership to become a founding member and help shape HuffPost's next chapter
Join HuffPost
Follow Jenna Amatulli on Twitter: www.twitter.com/ohheyjenna
Voting Made Easy
Register to vote and apply for an absentee ballot today
Register now