Restaurants in Menorca offer the hungry traveler a truly sensational eating experience. At the heart of any travel destination is food and this is especially true of Menorca; the cultivation, collection, variation, preparation and ultimately its consumption are the foundation for almost all activity on the island and the daily schedules of those who live there. Everything is planned according to when, where, what and how one eats, with food being much more than simply stuffing to fill an empty tank. In Menorca, eating bland, boring, or unhealthy food for the sake of it will simply not be tolerated!

Of course, in true Mediterranean tradition, seafood takes pride of place on most menus in Menorca. Daily catches of lobster, fish and Calamari squid land on the docks each day and make their way from there to the local restaurants, where they are served to a steady supply of hungry customers from around the world!

Here is a selection of the best seafood dishes you have to try and restaurants where you can find it in Menorca! 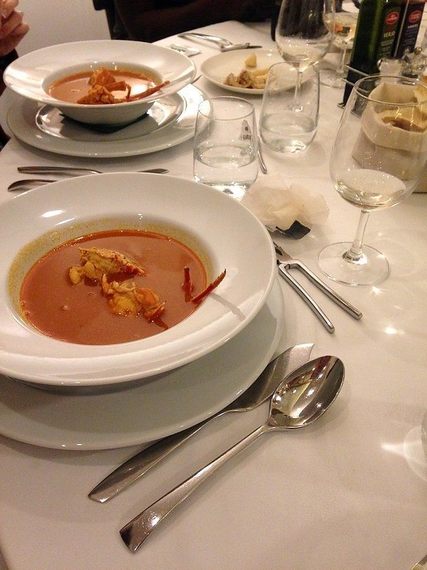 After a slow wander through the winding streets of Ciutadella, a set of wide stone steps brought us into the marina where Café Balear's boat, the Rosa Santa Primera has been bringing in a daily selection of freshly caught Mediterranean seafood for over 20 years. Directly on the water but tucked away in a narrow curve is the well-renowned fish restaurant that began life in the 70's as a fisherman's tavern and today, run by the son of the original owners, has diners lining up for hours for a spot on the waterside.

The speciality here is lobster soup, which the master chefs prepared for us from start to finish, with us as their audience. This began by selecting the live lobsters caught that morning, which they then expertly chopped and prepared to be cooked inside the Tian (a large ceramic dish that enhances the flavour by retaining heat throughout the surface). This is a dish best shared and the size of the Tian depends on the group. For our group of 8 three whole lobsters went into an enormous Tian to be flambéed with oil and the house sauce (it's a secret recipe) and finally simmered with plenty of fish stock for a further 30 minutes.

A dining experience here should not be rushed and we waited with much anticipation before the immense vat was brought to our table to be introduced by the proud restaurant owner. We were encouraged not to be formal and break into the huge chunks of lobster with our hands and slurp every last drop of the rich soup, a slightly messy but very rewarding and memorable meal! 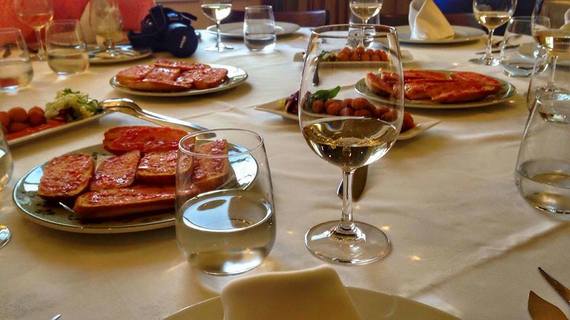 While our lobster soup was simmering we tucked into an impressive array of appetisers, the first being incredibly finely sliced swordfish, again freshly caught by their fishermen that day. The flavour is really delicate and, being so thin, won't spoil your appetite. 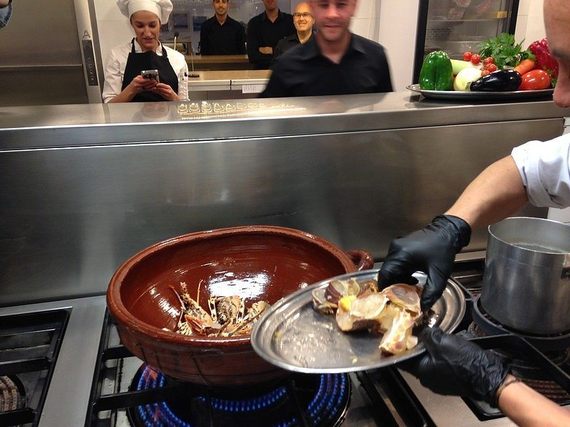 While its name may not be too appetising this small, oyster-like member of the clam family is a local delicacy and due to its rarity is much more sought after than the better-known oyster. Ours were served incredibly fresh with a drizzle of lemon juice.

4. Squid and Artichoke at Trebol in Es Castell

The next day, after a full morning walking off the previous night's lobster soup, we arrived in one of two pretty harbours in Es Castell, a small town in the south of the island. The wide, open promenade brings you the length of the harbour to Trebol, placed in perfect view of the many boats bobbing up and down on the calm, sparkling water. This is an idyllic lunch spot on a sunny day, where you can take in the view as you slowly make your way through the fresh fish menu. We started ours with huge helpings of baked squid and artichoke and plenty of olive oil and local mayonnaise which we learnt has its origins in Menorca and not France as most people believe. 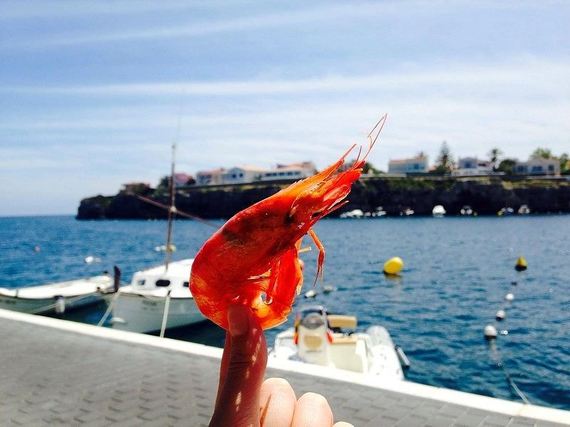 If you haven't overdone it with the starters like me, the main course is the real attraction at Trebol. Wide platters come stacked with various local catches including Sea Bream, Black Bream, Scorpion Fish and Monkfish garnished with bright langoustines.

Moli is Catalan for windmill, and so Es Moli d'es Raco is very easy to find with its restaurant housed within the base of the original windmill in this working farm in the village of Es Mercadel. Since their opening in 1982 their gardens have influenced the menu and stocked the kitchen for its classic Menorcan dishes of which we sampled many during a long, lazy lunch. Their baked mussels are incredibly moreish with a topping of warm, crispy breadcrumbs and tomato sauce. 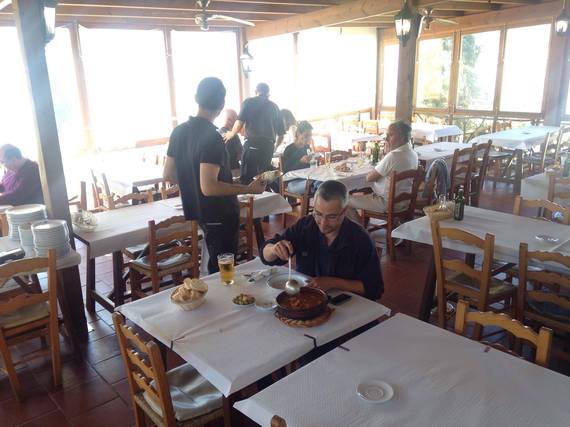 All over Menorca you will find excellently prepared fresh calamari, as the local restaurants scoop it up off the docks as quickly as the fishermen can pull it fresh and alive out of the water! The dish is very much a staple of the local diet and at Es Moli d'es Raco they've perfected the dish by quickly frying it in a very light batter giving it the perfect texture and a light crunch, beneath which you find the pure taste of the ocean.

Note: This Article originally appeared on my own Travel Blog - The Best Restaurants in Menorca, Spain - 7 Seafood Dishes you have to try!