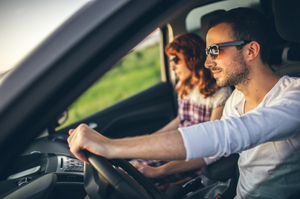 Car insurance rates are supposed to reflect your chances of having an accident or making a claim. People who drive like speed demons should pay more, right? But insurance companies sometimes calculate rates using factors that could leave you scratching your head.

You may not realize that the following seven factors can affect your car insurance rates. (Some states ban the use of one or more of these factors in insurance pricing, so they may not all apply where you live.)

1. Whether you pay your credit card bills on time

In a discussion of credit scoring on its website, the Insurance Information Institute, an industry trade group, states, "Actuarial studies show that how a person manages his or her financial affairs, which is what an insurance score indicates, is a good predictor of insurance claims. Statistically, people who have a poor insurance score are more likely to file a claim."

2. The death of your spouse

Insurance companies say marital status correlates to risk. Married people tend to have fewer insurance claims and therefore usually pay less for car insurance than single folks. This judgment even extends to people who have lost a spouse, according to a July 2015 report from the Consumer Federation of America. The group said that four out of six major insurers apply a "widow penalty" by boosting car insurance rates by an average of 20% for people who become widowed.

3. Whether you graduated from college

For example, an Oregon driver without a college degree would get quoted a car insurance rate that is 20% higher on average than someone with a bachelor's degree, a NerdWallet analysis found.

Similarly, Liberty Mutual quoted high school graduate rates averaging 10% to 13% more than those for college graduates in Baltimore, Houston, Phoenix and Hartford, Connecticut, the Consumer Federation of America reported in 2013.

The insurance industry also says that drivers with certain occupations are more likely to file insurance claims. But consumer advocates say insurers charge people with higher-status jobs less because they want customers who will buy higher levels of auto coverage and other policies.

5. Whether you own your home

Some companies, including Travelers, give homeowners a price break on car insurance. You don't have to buy your homeowners insurance through Travelers to get the car insurance discount, although you can get additional savings if you buy multiple policies with the company, similar to most other insurers.

Good grades can help you succeed in life and pay off in lower car insurance rates. Most insurers offer discounts to young drivers who meet at least one of these criteria:

Insurers have found that grades correlate with driving risks. A 2003 study published in the journal Accident Analysis and Prevention, for instance, found that students with a C or D average were 49% more likely to get into an accident within their first year with a driver's license than those with an A or B average.

7. Whether your insurer thinks you will shop around

You might expect your car insurance company to reward your years of loyalty with discounts. But some insurance companies try to predict which customers are the least likely to switch insurers and squeeze more profit from them through rate increases. An increasing number of states -- including California, Florida and Ohio -- have banned this practice, dubbed "price optimization."

No matter which of these factors applies to you, it's a good idea to shop around from time to time. NerdWallet's car insurance rate tool can help with that.

More from NerdWallet:
Go To Homepage