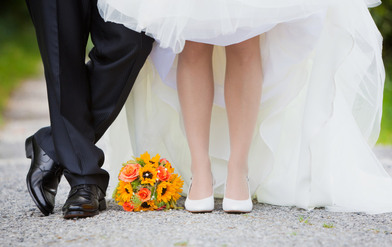 Most of us step into marriage hoping for a lifetime of love and happiness, knowing far too little about what might give us our best shot at getting there. Many of us assume that because we're in love, because we have common values and compatible dreams we've got everything we need to have a marriage that lasts.

The answer? Much harder than any of us had imagined.

When my husband and I married, I assumed that, despite our lack of experience and the terrible role models we had -- how's this for blind optimism -- we'd do perfectly fine. I was realistic enough to know that, like all couples, we'd face our fair share of difficulties. Whatever they were... I assumed we'd face them together, that the two of us would be an invincible team.

What I never considered was that one of our greatest difficulties would be each other!

Learning to live well with another is no easy task. It calls for patience and flexibility, a short memory for disappointments and a long one for good deeds. Fortunately, my husband and I eventually figured this out. But not without a lot of strife and struggle and occasional thoughts that we might not make it through.

With wedding season in full bloom, this post is my gift to those of you who are just starting out.

Here's the advice I wish I'd been given as a newlywed, rather than having had to figure it out on my own:

1. Don't freak out when marriage turns out to be harder than you expected.

When you find yourself struggling, remember it's not just you. Marriage is challenging for all of us, without exception. None of us come with all the tools we need for success, nor do we have a guidebook or a roadmap to make our journey easier. We simply hit the ground running, and despite our good intentions and optimism, for most of us, marriage presents challenges for which we're flat-out unprepared.

But that doesn't mean that something is wrong. It just means that marriage is a tough teacher and we all have plenty to learn.

2. Don't expect sex to stay hot or interesting all on its own for the next sixty years.

Early on in our relationships most of us just have to show up in the same room as our sweetheart to be all atingle. With our brains swimming in feel-good brain chemistry, hot sex happens with little effort.

Fast forward five years, add a few kids, a couple of stressful careers, and many people begin to notice that the thrill seems to be gone. 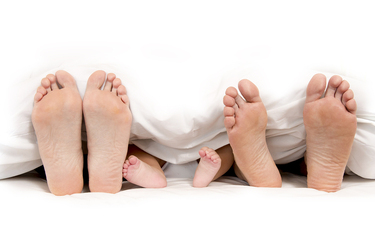 It's true -- the newness is gone. But that doesn't mean sex is over or needs to be boring. Just that it shifts over time and you need to shift with it. The warmth and friendliness of your marriage will become the platform for desire and eroticism.

That extra ooh-la-la... you'll have to find creative ways to generate it.

3. The sooner you ditch the notion of fairness, the happier you'll be.

Life isn't fair and neither is marriage. All that stuff about things in a marriage being 50-50, the idea that couples need to meet each other halfway... while it's a perfectly understandable wish, it's a formula for unhappiness.

Who wants a life of constant ledgering, keeping track of who did what when and who owes whom? Why does it matter that it was you who last called the babysitter and that it was he who left the dirty pot in the sink?

A better approach: Strive to be generous. Offer support. Cut each other some slack. When taking action, keep each other's concerns in mind as well as your own.

Rather than expect to someday attain a spotless track record (which you never will) you need to learn to apologize and forgive.

No, I'm not supporting the obnoxious notion of asking forgiveness instead of permission. I'm suggesting that while it's a good idea to strive to be a kind and decent spouse, you're bound to screw up.

Whether you sit down and talk it out, shake hands or have make-up sex, having a reliable repair strategy -- a way to reconnect after a painful incident -- is essential.

5. Be prepared to make peace with your differences.

If you're a filer and you married a piler, if you're obsessively punctual and your spouse has never once in her life been on time -- you're going to have plenty of opportunity to either be driven nuts or to figure out how to calm yourself down.

The upside: differences add novelty, they take us out of our comfort zone and can help us become more flexible and tolerant people.

6. A lot of the stuff that bothers you is about you.

Have you ever stopped to wonder why certain things your partner does send you right up a tree?

His exasperated sigh. The way she stares into space. The fact that he already told you the story about the time he got stuck in the elevator and now he's telling you again. Or worse, that he forgets every month to send in the rent check and blames you for not reminding him.

There's no end to the way we'll annoy each other as spouses. Yet, the question remains: Why do these particular behaviors in our partner make us see red?

Often, it comes down to the meaning we make of them -- the stories we tell ourselves about what our partner's actions mean. Do you think his forgetfulness means he doesn't care about you? Does her sigh or his eye-roll leave you wondering whether you're worthy of love? When she's distracted, do you assume that it's you she's tuning out?

Not everything your partner does is about you, though it can sometimes seem that way. A good rule of thumb: the bigger and more intense your emotional reaction, the more likely your reaction is about your stuff from the past. The stuff you carried with you from childhood. The stuff that only you can resolve.

7. Marriage doesn't mean you're joined at the hip.

Sweet and romantic as it sounds for "two to become one," it's far healthier for two to remain as two.

Face it. You're both full of opinions -- whether you express them or not. You have your own likes and dislikes, your own hopes and dreams. Even as newlyweds you're going to want and need some time for yourself, some time to pursue your own interests or just have a little space from each other.

Loving, happy couples have full, separate lives. They value each others' wholeness, never thinking of the other as their "better half" or as someone who "completes" them. From that place of wholeness, the connection you make is deeper and sweeter than if you and your partner are hanging onto each other, so "close" that you cannot step back and appreciate each other for all that you are.

Though marriage is a challenging endeavor, there's no reason two willing and motivated people can't, with a little help, have a strong and satisfying marriage. It may not be easy and you won't be a superstar on day one. But, if you're open to learning (mostly about yourself) you will have done all that can to have a loving marriage that lasts.

Looking for more ways to have a satisfying marriage? Get my free bonus article:
75 Ways To Improve Your Relationship Starting Today.

Voting Made Easy
Register to vote and apply for an absentee ballot today
Register now
More:
happy couplesmarriage adviceweddingsBest of HuffPostVideo
Newsletter Sign Up
A weekly guide to improving all of the relationships in your life
Subscribe to HuffPost’s relationships email
Successfully Subscribed!
Realness delivered to your inbox