What would you put in your time capsule today -- the things that you think would help your great-grandchildren understand life in 2016? I'm pretty sure mine would include the obvious -- a smart phone, my Fitbit, and a copy of an about-to-be-defunct daily newspaper with Donald Trump on the front page. But here are a few other things that I'd put in my time capsule:

Since this is an exercise in imagination, we will assume that the kale will be just as fresh and awful-tasting when the time capsule is opened as it is now -- and as it was in 1983 when people used it as salad bar decoration and no one was ever expected to eat it. Kale, in its many varieties, staged a comeback a few years ago when it was rebranded as a superfood with myriad healthy benefits. A cup of kale, it's been said, packs a wallop with 14 percent of your total daily calcium need, 659 percent of daily vitamin A and more than 900 percent of your daily vitamin K. Kale cookbooks have sprouted faster than kale seeds and while kale's glory days may finally have plateaued, its spot in our time capsule is well-deserved as a period-defining vegetable.

How best to show what a typical adult does on a typical weekend at least 51 times a year but to include the last season of Orange Is The New Black? Yes, we binge-watch big-time as a pasttime. Binge-watching defines how we choose to socialize in 2016. Instead of visiting with real-life friends, we simultaneously watch TV shows and then "discuss" them cleverly in 140-character tweets. Crazy, when you put it like that, right? "Netflix and chill" is different from binge-watching though -- and likely wouldn't fit in a time capsule.

This will take up no space at all in our time capsule since there are absolutely no cures for menopause -- and we aren't sure menopause is something that needs curing. Menopause is what our bodies go through and it comes with a host of symptoms. The one that gets to most of us are hot flashes, a condition where out of nowhere you start sweating like a pig and start fanning yourself frantically as you race out the door to someplace cooler. The good news is that there is a cottage industry that makes some very creative products intended to minimize the hot flashes and other symptoms.

Retirement circa 2016 looks like this: The alarm goes off at 6:30 a.m. and you get dressed for work, much the same as you have for the previous 45 years. Boomers are working longer out of financial necessity and because, with our increasing longevity, we worry about being bored if retirement actually lasted 30 years. An AARP 2012 poll found that more than 70 percent of boomers planned to delay retirement. Not saying we really want to work longer, just that we appear to be doing it. Of course, those are the lucky ones. The unlucky ones have no job to get up and go to.

5. Reading glasses and the receipt for them.

About 75 percent of the population will need glasses at some point. And Medicare will pay 0 percent for those people's glasses. Let's hear it for a financial security program for our health that is perfectly fine letting its elderly grope around blind and unable to hear -- that's right, Medicare also won't pay for hearing aids.

6. A box of drugstore hair coloring that covers gray.

Surely -- surely -- someone can turn the hair color industry on its head and just make the definition of beauty an older woman with gray hair? That or figure out how to either keep us brunette in the first place? Let's make hair coloring a thing of the past. Even me, a die-hard dyer, is ready to hang up her plastic gloves. Let's also put all those hair loss replacement products in the time capsule too. This is us, folks, get used to it!

On what planet were things like girdles and Spanx created? A time capsule of yesteryear might have included girdles, an underwear device that required shimmying and shaking body fat around to wear. The women's movement of the late 1960s rid us of that version of medieval torture garments, but now we have the admittedly more comfortable Spanx to hold in body parts. Not for nothing, garments like these aren't actually all that good for you to wear. As Nancy Reagan advised us, "just say no."

7 Things That Belong In Every Boomer's Time Capsule
Nostalgic Gifts 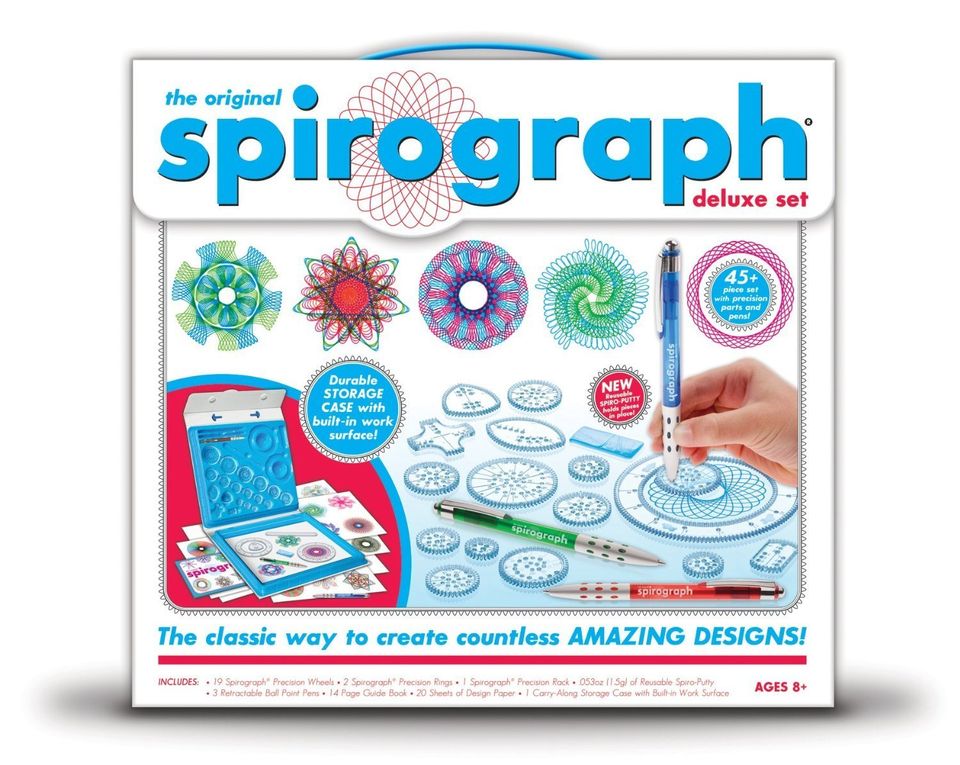