Talking about money can be a minefield -- one especially difficult for women to navigate. But how are we supposed to know if we're earning what we should be if we're not talking about it? Glamour tackled this usually taboo topic in a recent survey that revealed what women are earning across the country.

According to the magazine's press release, Glamour's 2014 Salary Survey polled 2,000 women and men to analyze what average women are being paid and how much the wage gap truly affects women across the country. They consulted numerous career experts and spoke with 30 women employed in various fields about their jobs, happiness and the number on their paychecks.

Every expert Glamour spoke with agreed that knowing other salaries in your field will help you negotiate a higher salary. “Women need to arm themselves with information about wages in their industry,” executive director of the Women and Public Policy Program at Harvard’s John F. Kennedy School of Government told the magazine in its September issue.

While there are a number of forces working against women when it comes to an emotionally and financially rewarding career, Glamour found that working women are doing pretty well. Here are seven things Glamour's 2014 salary survey revealed about what real women think about their jobs and paychecks:

1. Don't be afraid to discuss your salary.
Out of the women surveyed, 50 percent reported talking to a colleague about how much they make and 72 percent said they've discussed paychecks with their best friend.

2. Be knowledgable of what other people are making in your field.
Seventy-one percent of women said they had compared their salaries with that of others in similar jobs. If you know your relative value in your field, you're well-positioned to ask an employer to adjust your pay accordingly, Zappos.com HR director Hollie Delaney told Glamour. “Say: ‘I’d like to talk about the ways my job has changed. I was hired in [month, year] and my responsibilities were [list of tasks]. Over the past [period], I’ve gotten great feedback, and you’ve added [new responsibilities]. I’ve looked at what similar positions pay and found salaries in this ballpark. I’d like to discuss getting my pay closer to that,’” Delaney said.

3. Negotiate. Negotiate. Negotiate.
"The biggest mistake I see women making is simply not asking. They think, 'I’ll just take on the extra work and someone will reward me for it.' But very few companies will come to you and offer more money. So set up that meeting!” Delaney told Glamour. Sheryl Sandberg didn't start a whole movement for nothing: We all need to lean in a little. When asked if they would negotiate their salary at the beginning of a job, 54 percent of men reported they would compared to only 39 percent of women. Only 43 percent of women Glamour surveyed had asked for a raise over the course of their careers -- and out of those 43 percent, a whopping 75 percent received raises when they asked.

4. Many women still feel underpaid.
Although women have generally begun to feel better about their pay (77 percent of readers felt underpaid in 1988), 59 percent of women still reported thinking their salary was too low. Forty-four percent of respondents thought their paycheck would be higher if they were a man.

5. In several fields, women actually make more money than men, on average.
While women only earn 77 cents to every man's dollar, we out-earn men in jobs that heavily involve "organizational, design or interpersonal talent," lead economist at PayScale.com, Katie Bardaro, told Glamour. For example, Glamour cited corporate counsel jobs as one where women on average out-earn men with a woman making $128,000 compared to a man's $112,500.

6. Money really can't buy happiness.
Out of the women surveyed, 89 percent said that flexibility and work hours were more important than their paycheck and 53 percent of women said they would take a pay cut to be happier at work.

7. Loving what you do trumps all.
When asked if they would stay at their jobs if they won the lottery a surprising 40 percent of women responded yes.

To read more about Glamour's 2014 Salary Survey check out their September issue which hits newsstands on August 12. 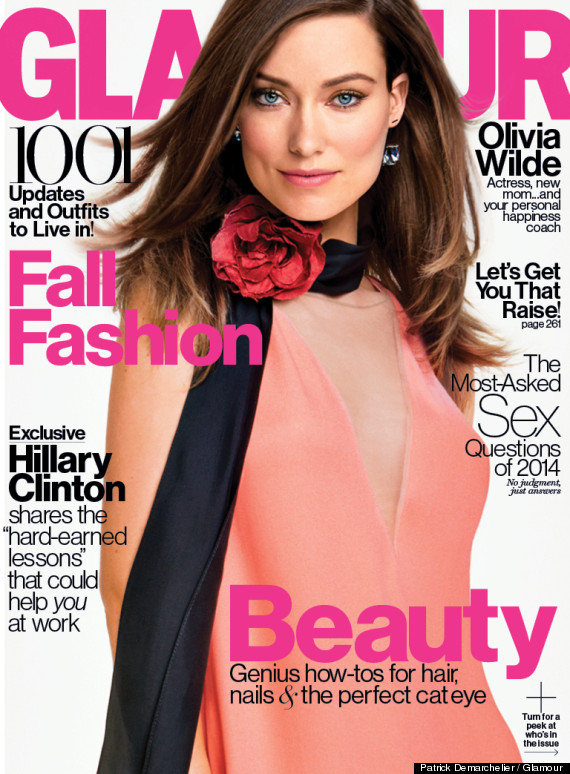