Effective communication isn’t just a free-for-all and it certainly isn’t a no-holds-barred argument where disrespect from your children is tolerated in an effort to show you’re an enlightened and modern parent. It’s important to set rules, guidelines or boundaries for these interactions with your kids. My father’s cornerstone rule was that I could talk until I was blue in the face as long as I didn’t get disrespectful.

Just as my father policed my tone and attitude, you have to police your tone and attitude. You won’t always get the response you want while trying to communicate with your children, but you must discipline yourself to keep trying to get your message through in the right way. Older kids are often self-conscious around adults, so they may appear to be inattentive or disinterested. Don’t be intimidated or angered by eye rolling and heavy sighs. If the child sits there and refuses to engage, that doesn’t mean her ears aren’t working. You’d be surprised how your words will be played back in her mind later.

What To Do When Your Kids Roll Their Eyes At You

Often, teens just don’t want to admit that their parents might be making sense. But they still listen. Sometimes, you have to take what you can get. Just getting a teenager to stay in one place long enough to receive a message can pay dividends down the road. Here are some guidelines that can be particularly helpful when you’re trying to get through to a child. These suggestions, when followed, have proven to be very effective in drawing children of all ages out of their shells and into an exchange:

1. Approach all communications in a way that protects or enhances your child’s self-esteem, even when you’re in discipline mode. For example, it would be wrong to handle unacceptable academic performance by saying something like, “You’re lazy and irresponsible, and I’m so sick of your not doing what you’re supposed to do.” A better approach might be, “You and I both know you’re capable of doing so much better. As your parent, I’d be cheating you if I allowed you not to use your wonderful mind and intelligence. Let’s find a way that you can perform at a level that you can be proud of.”

2. Narrow the focus of your task-oriented communications as much as possible. Decide in advance what your objective is and don’t allow yourself or your child to jump around to a number of different topics. Hopping around will just create confusion and make it difficult for you to reach a resolution. If you find yourself drifting, simply say something like, “That’s a discussion for another time, but right now, I want us to stay sharply focused on what we came here to discuss.”

How To Have A Successful – And Peaceful – Relationship With Your Teen

3. Use your communications to generate solutions rather than to relive problems. No one can change what’s already happened. Problem-solving communication should be focused on moving beyond what’s happened toward what you want to happen in the future. Be very specific about the behavioral changes or outcomes you expect. An admonishment to do better is not very helpful. Questions that can help you stay solution-oriented include “How can we avoid this occurring in the future?”; “What have we learned, so that we can specifically do something different next time?”; “What would have been a better approach or solution to the situation?”

Be on the show: Conflict so big it needs a Dr. Phil solution?

4. Focus on the issue at hand, and avoid personal attacks and character assassination. Stay focused on the behavior and the consequences of the behaviors, rather than on the child and character traits such as honesty and integrity. Those traits may in fact be extremely important, but it’s better to talk about how behaviors reflect on those traits, rather than questioning whether the child exhibits them. Avoid comments like, “You’re a liar and not trustworthy.” Instead, say things like, “That kind of behavior or choice reflects poorly on your honesty and integrity. If you choose differently, then others will be able to see your good qualities. I really want you to make some different choices in the future. Let’s talk about what those choices might be.”

5. Stay in the here and now. Throwing old behaviors and circumstances in your child’s face is nonproductive and will cause him or her to feel helpless. Focus on the current solution only. If you solve problems in the present, the past will seem increasingly remote and irrelevant.

6. Keep your problem-solving communications and exchanges private. Don’t ever take your child to task in the presence of peers, relatives or siblings, unless they’re directly involved in the situation. Dressing the child down in front of others will cause humiliation, embarrassment and resentment. Even though you may feel that’s not what you’re doing, it might be seen very differently by the child. Take it private and keep it private.

7. Conclude on a positive note. It’s important for your child to feel there’s an opportunity for rehabilitation and that he or she has some formula for success going forward. 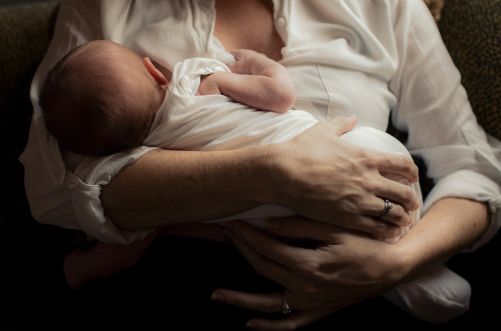