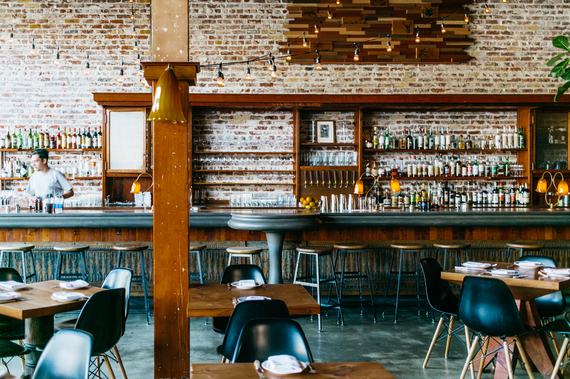 Gwyneth Borden, Executive Director of the Golden Gate Restaurant Association, quoted Charles Dickens when she addressed the crowd at the GGRA's first-ever industry conference in San Francisco this week. Her take? There's plenty of wealth and opportunity in the Bay Area, but some people are getting left behind.

Two days of conversations between the industry's top restaurateurs, entrepreneurs and experts explored the biggest challenges facing San Francisco restaurants today, and there were plenty of takeaways for owners and operators. Here's a snapshot of what's keeping everyone up at night, and what you need to do about it.

1. Chefs have to be more than just chefs.

Anne McBride is a PhD candidate in Food Studies at NYU, and she's spent the past several years exploring the evolving role of chefs in our society. While we once looked to chefs to show us how to make the smoothest omelettes, we're now asking them to advise the White House on policy issues. Chefs have been entertainers, experts and activists -- and they're expected to have opinions about all kinds of political and social issues.

From the audience, ICHI Sushi & Ni Bar's Erin Archuleta agreed, saying she gets emails every week from reporters asking about issues like overfishing and sustainability. Not leading the conversation doesn't seem to be an option.

Fact: the pay in restaurants is generally low across the board. What restaurant owners and managers can do is create an inspiring, motivating atmosphere to keep their servers and cooks happy. La Folie's Roland Passot started a family meal so everyone could sit down and eat together; Waterbar's Pete Sittnick sponsors sommelier training. An increased emphasis on learning and education can change the way people think about hospitality so that it becomes a long-term career, not a transient one.

Hospitality consultant Alison Arth posed the question: "Are we treating service like a craft in the same way the kitchen treats food as a craft?"

3. There's plenty of investor money to go around if you know how to pitch yourself.

The consensus among speakers was that investor money is out there, and that it's fairly easy to get -- if you know what you're doing. Mike Harden of ARTIS' Ventures said he looks for people that are clearly not pitching for the first time; they understand the business and have experience with it. Aspiring restaurateurs should ask to see other people's business plans and share their own to solicit feedback.

Charles Bililies opened up about his five-year process of launching Souvla. He recommended his preferred return structure, in which investors receive 90% of profits until they are paid back 125%. "We put investors first by prioritizing their payback," he said, adding that the model incentivized him and his team to run a tight ship and pay the investors back quickly. Another tip from the panel: never, ever give up the majority interest in your LLC.

On a side note, Derek Dukes mentioned an added bonus of the crowdfunding route: you start your restaurant with a substantial email database (Lazy Bear's had around 10,000). That nearly guarantees you'll be full when you open your doors.

4. Eliminating tips may work for fine-dining concepts, but not for casual ones.

In one of the conference's most lively discussions, Teague Moriarty revealed that no guests complained when Sons & Daughters eliminated tipping in favor of service charges, but when he tried it at The Square, there was "so much hatred." Ultimately the team changed the model and went back to tip pools. He also mentioned his Sons & Daughters team is older and more established, so they appreciate the job security, while the teams at other restaurants are younger and more transient.

Thad Vogler of Bar Agricole and Trou Normand discussed his experiences as well, saying he felt like he was on a cliff with his peers ready to jump off, and he looked back and saw that he was the only one who had jumped. He was tired of trying to make prices seem as low as possible, with surcharges like Healthy SF, and decided to "just pay people." Since any excess profits that come in over workers' salaries become a revenue share for the front of house, servers are still incentivized to sell.

At Oakland's Camino, Allison Hopelain says her managers are now paid more than servers. She did see some front-of-house turnover when she made the switch, but the restaurant is in a better situation overall. "I lost two of my best waiters, but they were not my best employees."

Continue reading "7 Truths About Trends & Issues in the San Francisco Restaurant Industry" on Open for Business.