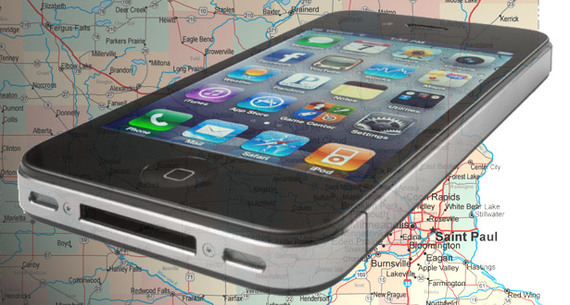 With Apple's launch of the iPhone 5s fingerprint scanner, biometrics have gone mainstream. Many consumers are focused on the so-called "end of the password," but the impact of TouchID is reframing how we think about access, security, and integration between virtual apps and real world actions. While top Apple execs are saying that developers won't get direct access to TouchID in the short-term, an eventual release of the technology via API is likely. Here are 7 uses for the iPhone 5s fingerprint scanner we expect to see in the future that go way beyond simply unlocking your phone.

Consumers are now able to verify iTunes store purchases with a tap of the scanner. The mechanics are simple, and mirror iOS's current approach to storing passwords. Your passwords are stored in your iPhone keychain, and your fingerprint will serve as authorization. An approach like this backs up Apple's position that your fingerprint (or more specifically, an algorithmic interpretation of your fingerprint) is only stored locally on your phone, versus in the cloud - thus allaying security concerns.

Touch ID has interesting implications for integration with the growing phone-controlled home security market. Functions such as arming your system, unlocking your door, starting your car, and accessing your home cameras could be triggered by a touch. The major appeal here is security. If your phone is lost or stolen, remote control of your home and vehicle is protected. This additional level of security could help spur adoption of the technology, and further personalize security options based on who is accessing the system.

TouchID doesn't just change security in a world of bad passwords and no passwords; it dramatically increases security as well. The iPhone 5S' fingerprint scanner creates a physical barrier that makes it much harder to hack. As we strive for better security, many institutions such as banks have implemented security tokens to control access. TouchID could add another layer of authentication to these services.

As the iPod changed our concept of accessing music, it's possible that TouchID will lead a revolution in the way that apps and other devices handle security. Other devices will be looking at the adoption and success rates of TouchID to combat fraud and security risks. Apps that currently rely on passwords will begin to explore whether a TouchID API could be the solution in our world of no passwords, bad passwords, and aggressive hackers. Since many services already use OAuth to verify usernames and passwords without exposing them on the server, it's a conceivably simple step forward to add two-factor fingerprint verification.

The day may not be far away when TouchID could allow you to authorize an in-person purchase at your local grocery store. A store with a payment system connected to iBeacons technology could ostensibly have purchases authorized through the fingerprint scanner. All communication would happen via Bluetooth. The register would transfer the bill to your phone, and you'd authorize your purchase by scanning your fingerprint. This would help reduce instances of credit card fraud, and forgetting or losing your credit card.

Having multiple profiles on a computer makes it easier to share; everything can be configured to your preferences. But sharing on mobile devices has proven harder. TouchID could open the way for businesses that share tablets (assuming it migrates to other iDevices) or families that share phones. One tap of a wife's finger could open her profile, configured with her work mail and productivity apps. Handing over the phone to her husband could then access his gaming apps. One user could even configure different profiles - for example, a work profile and a personal one - that could be accessed by different digits, making the phone a truly responsive tool.

7. Increase Adoption and Possibilities of Passbook

Die-hard iPhone users already know about Passbook: the native iPhone app that allows users to store coupons, passes, and event tickets in a single place. But, for a native app, its adoption rate is disappointing, according to zdnet.com.

Passbook is a channel for acquiring and retaining customers. TouchID could add a layer of security to the system, but it also opens up the possibilities of expanding Passbook's capabilities. Passbook has the potential to become a fully functioning digital wallet, storing payment details and other sensitive information. Fingerprint authentication will help late adopters feel more secure, and willing to give the app a try.

Touch ID is likely an inflection point in technology: the first step that sets off a chain reaction that changes how technology manufacturers and app developers think about security and build checks and balances into their products. While much in the short-term will be determined by the level of access that Apple provides, it's clear: our notion of security and device authentication is about to be turned on its head.