This blog article is a distant cousin to my recent "Unelectable Past Presidents" blog articles (part 1, part 2, and part 3).

Eight out of forty-seven vice presidents (or 17%) reached immortality as "accidental presidents" either through death or through resignation of the sitting president. Many of them took an independent course from the running mate they replaced leading to nation-strengthening or nation-weakening decisions.

Out of the vice presidents that have ascended to the highest office, two became great presidents (Teddy Roosevelt and Truman), two were about average (Arthur and Ford), one was a wild card (Lyndon Johnson), and four have been among the worst presidents (Tyler, Fillmore, Andrew Johnson, and Coolidge).

What other vice presidents-turned-presidents could have altered American history as much as a Roosevelt, Truman, Fillmore or LBJ?

I had many vice presidents worthy of discussion, but I thought these seven inspired the most interesting "what-if" scenarios. As a matter of propriety, I will not include the presidencies of any living presidents. It will be up to the reader to ponder a Quayle or Gore presidency.

PHOTO GALLERY
What if these vice-presidents had become president?
Download
Calling all HuffPost superfans!
Sign up for membership to become a founding member and help shape HuffPost's next chapter
Join HuffPost

7 Vice Presidents: The Great "What-If" Presidencies
What if these vice-presidents had become president? 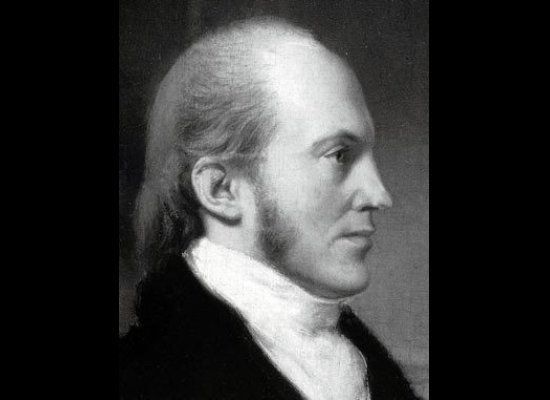 1 / 7
Aaron Burr (VP for Thomas Jefferson)
He <a href="http://www.digitalhistory.uh.edu/learning_history/burr/burr_menu.cfm" target="_hplink">killed Alexander Hamilton</a> and was later accused of <a href="http://www.bsos.umd.edu/gvpt/lpbr/subpages/reviews/hoffer0109.htm" target="_hplink">treason</a>. Despite this, he was roundly considered <a href="http://en.wikipedia.org/wiki/Aaron_Burr" target="_hplink">kind, generous, and a firm believer in equality for women</a>. Although, it is true he could be self-serving and prideful. In my alternate scenario, Jefferson succumbs to illness in 1803. Alexander Hamilton is not killed at age 49; therefore, the Federalist Party maintains a strong influence well into the 19th century. Without Jefferson's leadership, the Democratic-Republican Party is significantly weakened. It is interesting to ponder how our country would have developed if Burr had not shot the highly influential Mr. Hamilton.