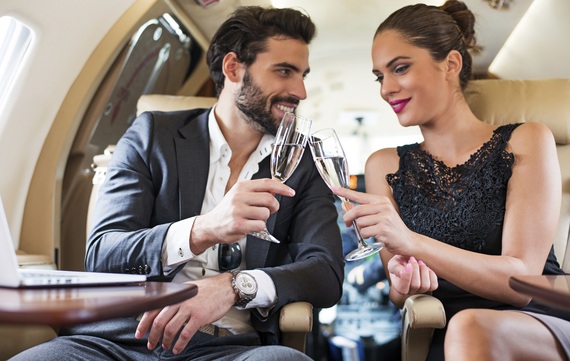 People have made a lot of fuss about millennials and their stellar financial management skills. There are plenty of studies and surveys that prove millennials save and manage their money better than other generations.

It's true -- millennials are definitely financially savvy. But, there are still some money lessons they could learn from Generation X.

Generation X has weathered economic turmoil and is working to recover despite suffering some of the biggest losses during the Great Recession. Members of this generation are now poised to find even greater financial success and achieve big financial goals. By many measures, Generation X's financial progress is pulling ahead of other generations.

When it comes to earnings, millennials (ages 18 to 35) are actually on pace with where Generation X (ages 35 to 54) was at the same age, reports CNBC. But while millennials outnumber Generation X, a recent Deloitte report found that the latter is set for a boom in wealth in the next 15 years, reports the Wall Street Journal.

Members of Generation X have spent their adult years building their careers, and now they are set to reap the rewards during the peak earning years still ahead of them. Millennials are expected to hold less than 20 percent of the total U.S. wealth through 2030, while Gen Xers will see their wealth share more than double from the current 14 percent to 31 percent by 2030, according to Deloitte.

The Great Recession was a big setback for retirement savings across generations, and Generation X, in particular, was hit hard. But the good news is that Gen Xers "highly value [401ks] as an important benefit [and] have high plan participation rates," according to a report from the Transamerica Center for Retirement Studies.

Millennials, on the other hand, have a lower 401k participation rate than Gen Xers or Baby Boomers, according to a recent Financial Finesse report on generational finances. Almost nine in 10 (89 percent) of Generation Xers contribute to a 401k or similar retirement plan at work; only 83 percent of millennials do the same.

Patrick Quinn, an investment advisor who works with Generation X professionals and founder of Hat Tip Wealth Management, said that the Gen Xers who "have been successful have taken full advantage of tax-deferred savings plans such as a 401k or 403b and have been building up a retirement and savings nest egg. Many are contributing amounts that are above the employee match, which forces them to save more than they would otherwise."

Phil Ash, CEO of Baton Investing and a Gen Xer himself, has seen the same trends. "Most of us max out our 401ks to take advantage of the tax benefits," he said.

Along with maxing out their retirement savings, Generation X also takes a hands-on approach to investing and focuses on avoiding fees, which is key to preserving earnings. "I have found that Gen Xers like to do a lot of their own research on investment options and are more concerned about fees, expenses and how the investment fits into their overall plan," Quinn said.

The Financial Finesse report supports Quinn's experience, finding that Gen Xers are more likely than millennials to say they have general investment knowledge, feel confident in their investments, have assessed their risk tolerance and regularly rebalance their investment accounts. By educating themselves on investment topics, Gen Xers have more control over their investments and make smarter decisions.

"They are less willing to accept recommendations until they do their own homework and feel comfortable with the recommendation," said Quinn.

The 2008 housing crisis hit Generation X hard, and some might still be recovering from losses during that time. However, Generation X's rate of homeownership is significantly higher than millennial homeownership, at 58 percent for ages 35 to 44 and 69.9 percent for ages 45 to 54 in Q2 2015, compared with 34.8 percent for those under 35, according to Census Bureau data. And with housing prices increasing at twice the rate of wages, according to The Week, owning a home and accruing equity is a major benefit to Gen Xers' finances.

Members of Generation X "realize that their home is not only a place to live but a financial and physical asset," said John Bodrozic, co-founder of home management app HomeZada. Bodrozic said that Generation X is the app's "largest generational user base." And, members of this generation are smart about homeownership.

"By treating the home as a financial asset from the time they first move in, Gen Xers know to take the long view," Bodrozic said. They expect to sell their homes after owning them for three to 10 years and make sure to keep it well-maintained.

Having been through some major economic ups and downs, Generation X has firsthand experience of the importance of an emergency fund. "We have seen the good times in the economy in the late '90s and mid-2005 to 2007, but also the dismal economy in 2000-2002 and financial crisis of 2008-2010," said Mike Ser, a trader and co-founder of Ser Man Traders. Gen Xers learned the lesson that "setting aside money for a rainy day helps during crisis times," Ser said.

6. Starting Their Own Businesses

"Generally speaking, members of Gen X have a heart for entrepreneurship," said David Melnyk, a financial advisor with Verus Wealth Management in Florida. More than both millennials and Baby Boomers, Gen Xers have entrepreneurial aspirations and are doing what it takes to realize them. More than half (55 percent) of startup founders are members of Generation X, according to the 2015 State of the Startup report from Sage.

That's because Generation Xers "believe the ultimate job security is to work for yourself," said Melnyk said. "They aren't afraid to take a leap of faith and invest their money in themselves to create their own fulfilling careers while also striking a work-life balance. ... The dream of many millennials is to find work that they are passionate about, and Gen X has demonstrated that it's entirely possible to make a good living doing something that they are passionate about."

Read: The 10 Best and Worst States for Entrepreneurs

7. Saving for Their Kids' College

Gen Xers are thinking about how they can help their kids get ahead, even while a quarter of them (26 percent) are still paying off their own student loans, according to data from the Pew Charitable Trusts. About an equal portion (23 percent) are contributing to a 529 or other tax-advantaged college savings plan, according to the Financial Finesse report. In comparison, only 7 percent of millennials currently contribute to a tax-advantaged savings account to pay for college costs.

"Many Gen Xers have actively utilized college savings plans such as 529 plans to pay for their children's college funding, which has started or will be starting shortly for many Gen Xers," Quinn said. Using these tax-advantaged plans is a smart move by Gen Xers to grow college savings.

Generation X might also be a little more realistic about their college savings goals. They plan to pay for less of their children's college costs than millennials do -- just 64 percent against millennials' goals to pay for 74 percent on average, reports CNBC.

This article, 7 Ways Generation X Is Better Than Millennials With Their Money, originally appeared on GOBankingRates.com.