Building an effective community of interest requires savvy, street smarts, a good story and data. Our recent episode of CXOTalk with Joe Trippi explored the relationship between storytelling and community, using data and analytics to understand the market and drive user engagement. Trippi pioneered the use of data in political campaigns and has been sharing his lessons, both for politics and corporate engagement, on using data-driven narratives to build grassroots communities to create movements. 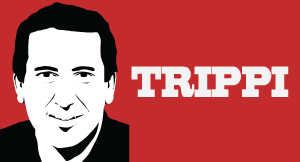 Trippi's work on the Howard Dean campaign helped mobilize $50 million in donations, most of which were under $100. Trippi documented his experience and lessons in the book, The Revolution Will Not Be Televised. Today, he runs Trippi & Associates, a "full-service creative agency that produces award-winning television ads and builds comprehensive, digitally-powered communications campaigns for brands, non-profits, and political campaigns."

With digital disruption, Trippi says that the way things work are going to change: "It's going to be a lot more decentralized and a lot more people are going to come together and create the narrative." He offers advice for corporations on how to empower their users and customers to create a community to tell their brand story with data-driven narratives.

1. Build from the bottom-up - Tasked to run a presidential campaign for Howard Dean with only $92,000 in the bank and the support of just 481 people, Trippi knew he needed to find a new way to do it. His approach was use those 481 people to run a decentralized campaign around the country by asking those 481 people to build it from the bottom-up by talking to their friends and telling them why they were supporting Howard Dean and why it was important to get their friends, or co-workers or someone else to join the movement. "Because of the network, the peer-to-peer influence and the ability for each of those people to tell their own story about why they were working for Howard Dean and why it was important for them that their friends join, we went from 481 to 1,000 people within a week, from 1,000 people to 10,000 people in about a month and then we grew to 600,000 people," shares Trippi.

2. Tell a story - Trippi attributes the dramatic growth in the support of Howard Dean from 481 people to 600,000 to storytelling. The simple narrative that woke everybody up was a classic story of the little guy with all the odds stacked against him, who wanted to stop the war in Iraq and needed the people who felt that same way to band together and form a movement to make him their voice and nominee. Giving a voice and a narrative to the story of Howard Dean helped people to see that they were not alone in their thinking and gave them a safe place to come and share their opinions by joining the movement to support him. "This is one of the things that naturally happens when you are telling a story," says Trippi.

3. Realize that the movement already exists - Many times people feel as though they are the only one to hold a particular belief. They know something to be true, but at the same time they are not aware of it. "They kind of know it's there and they know it's true but they haven't heard anybody else say it," explains Trippi. In the case of running the Dean Campaign, Trippi says that the movement that was out there already existed, but the people had no idea where to go or that there were other members. By articulating what they all knew was true, triggered a sense of coming together and moving together in people.

4. Use data to carry on the narrative - Once corporations understand that their brand already has a lot of people committed to it in one way or another, it becomes a question of how to form a community around a brand in a different way. As human beings we are driven by stories because that's how we've always passed on information to each other and using data to drive narratives can help people to understand the point of the story. If your company has a message or concept they are trying to get people to understand, data can be used to identify the people who are likely to get it and to get them to understand the concept you're trying to drive them to. Trippi says that it's important to realize that it's not just looking at data and numbers, but being able to look at the data and give voice to it and use it to create a narrative about who you are and what you want people to get.

"You're able to use data to move things in the right direction and also to carry on a narrative. One of the most important things about a narrative or story is that it lets you use data to help get people to visualize and realize what they already know deep down inside, even though they may not be aware of it. The more they become aware of it, then the more they are actually able to join a community that gets where you are going and what has to be done. Data actually makes it a much deeper connection." Trippi refers to the book, The Second Machine Age, for doing an incredible job of illustrating how a data-driven narrative can help to get people to grasp things.

5. Be authentic and empower people - Trippi's advice to corporate executives and communicators who are interested in engaging with their communities and creating communities of interest around their brands is to be authentic in their communication, to have a meaningful connection and to empower consumers to help them carry the messaging. Trippi says that the foundation of community, aside from being authentic, is to genuinely seek to empower the members of those communities into some shared experience that is important and valuable to them. If you're not offering that benefit, there is no reason for them to help you do it.

"The key is to recognize that the real power in communicating about your company comes from the people who use your products or services, and you have to do empower those people to tell your story. We don't trust corporate leaders anymore; we trust our friends, our co-workers and our families and people we know. So those people are much more credible in telling your brand's story than you are," says Trippi.

6. Rethink the way you communicate - So, how do you empower people to motivate and encourage others to create a community to come together and tell your story? Trippi says you need to be customer-focused and thinking about how your consumers can benefit from your product, and not the other way around. The problem with many corporations is that they tend to focus on the activity of communication as a substitute for the activity of rethinking what they're doing from the perspective of what does the constituency actually want and what is best for the consumers.

To help corporations get out of the thinking that communication is used for the purpose of creating a larger pot of gold strictly for themselves, he recommends that companies who are steeped in the old way of thinking go out and find a bunch of 22 and 23-year-old mentors to help the company understand how to better communicate in the world that exists today.

"If you aren't rethinking the way you are communicating then you're not rethinking what you're doing. The consumers are becoming much more empowered. The average person has so much more power and information at their disposal right now than they did 10 or 20 years ago," says Trippi who warns corporations that are still in the top-down command and control mode to change their way of thinking before it is too late.

7. Use data to predict where people are moving to - Digital disruption will continue to change the way that we communicate and the way we consume media. Trippi says, "It's about using the data to understand, not just the narrative in terms of what's happening in communication about what your business does, but using the data right now and really looking at the data to see where people are moving to."

The bottom line: If you can adopt the mindset of what matters to your customers and how you can empower them, then the rest will follow.

You can watch the full interview with Joe Trippi here. Please join me and Michael Krigsman every Friday at 3PM EST as we host CXOTalk - connecting with thought leaders and innovative executives who are pushing the boundaries within their companies and their fields.