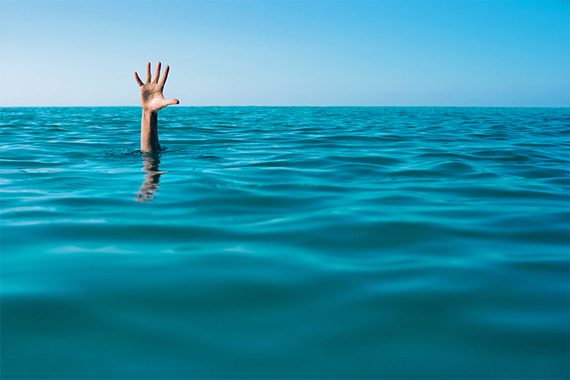 Failure hurts. To put it mildly, it's a painful experience, one that many of us work tirelessly to avoid. Often, its effects can be long-lasting, leaving a mark in our minds, and creating a mental hurdle that can be difficult to overcome in later years.

But failure is also necessary.

When we fail, we tend to ponder, searching for new meaning to our lives, exploring the potential for possible answers and solutions for achieving our goals. In fact, failure is a crucial part of goal achievement. It acts as life's guiding light and as mother nature's chisel, playing an important role in improving each subsequent iteration and generation of life.

But as much as we can reason about the importance of failure, when we're going through it, it's hard to see the forest through the trees. It's hard to overcome failure to achieve our goals when all we can see is pain and agony.

I've experienced my share of monumental failures. I know just how much it hurts to fail and to do it on a massive scale. Failure certainly left its mark on my life, and it wasn't a simple matter of picking off the bloodied scar. The healing took time. But through it all, I came to some important realizations, much the same that other people do after pushing through failure.

I also came to realize that there are many ways to overcome failure and achieve your goals. However, all them require a major mental shift in thinking. It requires a certain way of looking at things in your life, and steering your thoughts in the right direction while sowing the seeds of success to reap the rewards at a later date.

Here are 5 ways that you can overcome failure in your own life to achieve your goals.

#1 -- Realize that nothing worthwhile will come easy

We are such an instant gratification society. We want things and we want them now. Why should we have to wait when we have on-demand everything? From fast food to high-speed Internet access, along with a growing impatience for just about everything, it's no wonder failure hurts so much.

We are so used to getting what we want and getting it quickly that we don't realize just how much work and effort it's going to take to achieve something notable. It takes time. But during that time, as we make the journey towards our goal, we build character and reach new understandings, possibly even discover a deeper meaning to our lives.

#2 -- Ignore the naysayers, because they will be out in full force

The human mind works tirelessly to avoid pain. In fact, it does just about anything to avoid pain in any capacity. Part of the pain of failing has to do with dealing with other people telling you "I told you so," or "You should have listened to me," and "Quitting while you were ahead would have been a smarter move."

#3 -- Success leaves clues, search for them high and low

While failure might be difficult, it's also a time when we tend to search for clues, because success leaves clues. Seek and you shall find. Search for someone whose success you're trying to emulate in whatever field it is you're trying to achieve your goal in. Then, look for clues. What did they do? How long did it take? How many times did they fail?

People simply don't realize that some of the most successful people have failed the most times. But the most significant distinction is that those people didn't give up. That's the biggest difference between those that succeed and those that don't -- their unrelenting spirit of persistence.

Sometimes, it isn't even the failure itself that scares people; it's the fear of failing that holds them back from doing something. But, overcoming failure is also a chance to face down your fears. It's a chance to overcome that innate desire to run far away and cower in some corner.

The pain-pleasure paradigm is very real. We will always do more to avoid pain than we will to gain pleasure. But, when we can leverage that knowledge and overcome our fears to achieve our goals, a transformational shift occurs. There's an incredible feeling that goes along with it, and it's an invaluable experience to pave the way for a lifetime of achieving goals.

#5 -- Use failure as a learning experience

When we fail, it should be a chance to learn from our mistakes. When we can use that knowledge, put it behind our belts, and push forward, some tremendous things can happen. There are a number of ways we can actually learn from the failure, but in order to do so, we need to look at the failure objectively, like an outsider looking in.

Ask yourself why you failed. Where did you go wrong? What could you have done differently? Was it your plan? Was it because you failed to see something you should have seen? Did a bad habit do you in? Really look at it objectively and learn from it. Use that knowledge to improve yourself and try again. As long as you don't give up, you can always overcome failure to achieve your goals.