7iber.com (Hiber, Arabic for ink) is running again after bowing to Jordan's licensing requirement and being blocked four times, but it hasn't veered from a mission to produce good, professional, and critical content. 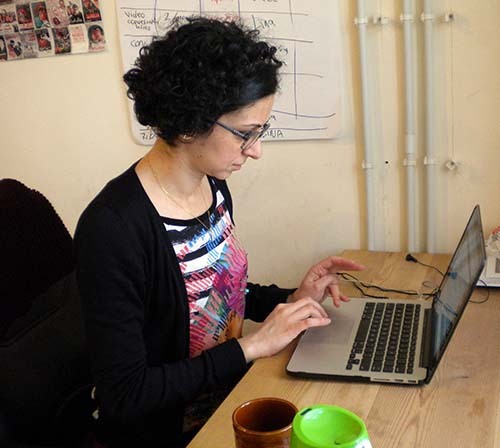 "There were two options: either we keep on refusing to license and try to fight the law - we were completely on our own - or accept," said the site's co-founder Lina Ejeilat.

After the government blocked it, 7iber went from dot.com, to dot.org, to dot.net, to dot.me.

Although the government said it would look into amendments, there were no changes to the licensing law, so the citizen media platform noted for engaging with its readers on political, social, cultural, and economic issues was left with no other choice to reach its main audience inside the country.

"The government was smart about that," according to Ejailat. "They wanted to facilitate the matter to get as many websites as possible licensed and give legitimacy to the law."

But adding to many news websites' woes, the Jordanian press and publications law defines who or what a journalist is - based on rigid and outdated criteria.

That person must be a member of the Jordan Press Association, which creates a problem for countless online news sites since the licensing rule requires them to have full-time editors-in-chief, who become legally liable, and who have been association members for at least four years. 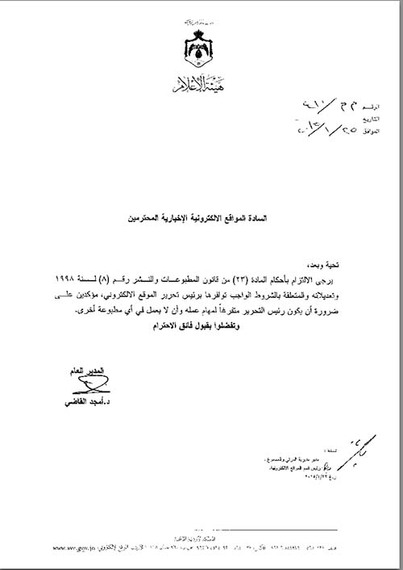 There's no telling if the rule is strictly applied. Or, as Jordanians in the know say, the government reverts to type, with selective and arbitrary implementation

In October 2014, the Jordan Press Association said nobody should collaborate with what it termed "imposters," and urged the prime minister not to invite "non-members" to cover official events. 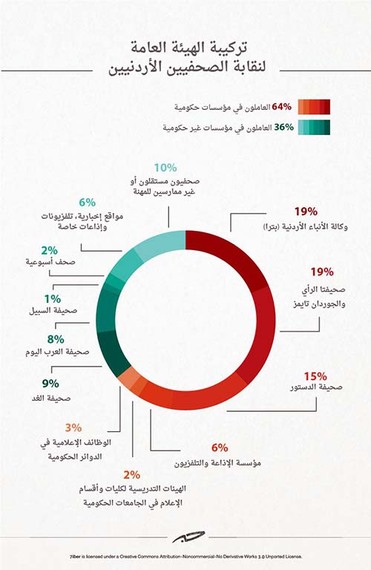 The association's general assembly is made up of 64 percent members from government-run media and 36 percent members in private media as well as independents or freelancers - all of whom must get the official blessing.

The challenge for 7iber was finding an editor who was a member of the association, who was on the same wavelength, who shared the website's values, and who would be part of the team.

Some journalists declined the offer, saying it was too much responsibility. The site's content is published in Arabic and English. 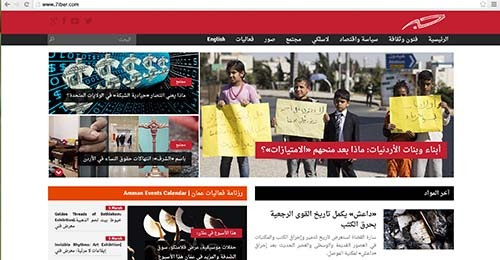 There's also been more political and economic tension in recent years in Jordan with a renewed crackdown on media.

State-run outlets know their limits and private media are fully aware of the red lines.

Before being blocked, 7iber's journalists published stories critical of government policies. Since the resumption of operations under the original URL, the team has maintained its punch. 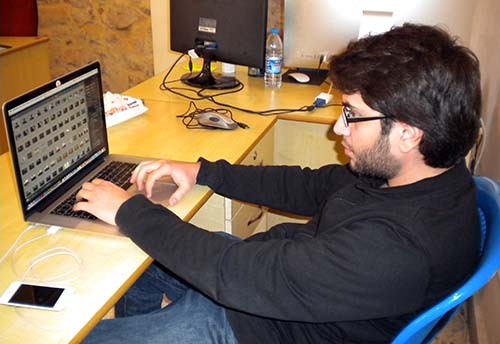 "We're trying to instill a different standard of quality journalism," said Ejeilat. "We're not letting directives distract or affect the way we work, or push us into some kind of self-censorship."

Four years ago Jordanians were more comfortable challenging taboos and writing about them, notably on issues of corruption, nepotism and the need for domestic reforms.

Today, young journalists and activists are being cautious again, censoring themselves, or feeling outright frustrated and giving up. 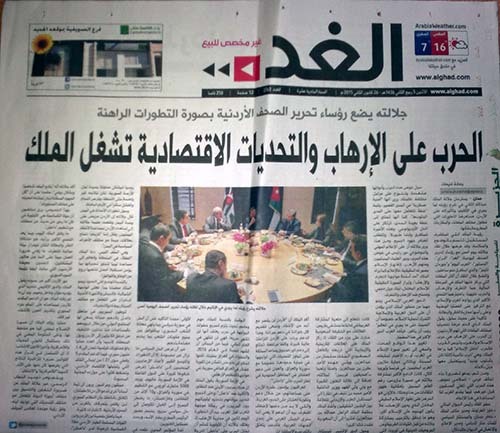 A former 7iber contributor has decided to seek employment in Dubai rather than put himself at risk, Ejeilat said, adding that this was symptomatic of the atmosphere in Jordan.

But that won't deter her.

7iber's 2015 strategy is to reach a point where the site can generate revenue from content to supplement other sources of revenue like grants, various projects, and capitalizing on "the space" for various events.

"The space" that includes the site's offices is several connected old houses dating back to the 1930s, 1940s and 1950s. Renovations have focused on preserving the character and style of these old Amman dwellings.

Outdoor summer activities in the space can accommodate up to 100 people attending talks by artists, human rights and media freedom activists, or experts on sustainable small farms.

"We're not aiming to become fully ad driven, we feel we can strike a good balance," between the website's content and other activities, Ejeilat noted.