You know about Tex-Mex -- it's that yellow cheese-covered goodness you have weirdly vivid daydreams about that's served up in the forms of burritos, nachos, enchiladas, and chili con carne. But a lot of these dishes are completely foreign to folks down in Mexico, who gorge themselves on a different smorgasbord of cheesy, tortilla-wrapped delights.

We dug up eight essential, authentic Mexican dishes (with the help of chef Rick Lopez of Austin's La Condesa) that you'll wish you could find at your local taqueria/Chili's. 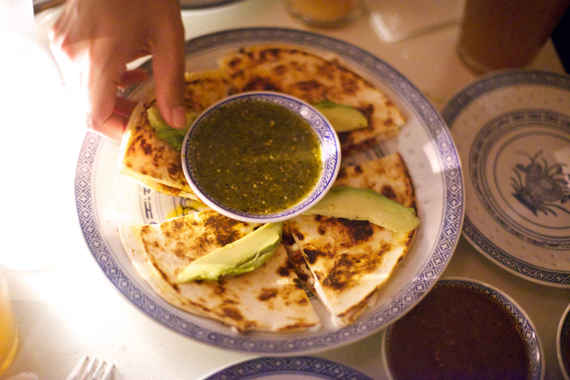 Where it's from: All over Mexico

What it is: Wait... that's a quesadilla, right? You're on the right track -- it's actually a sincronizada, which is eerily similar to a quesadilla except for a few key differences: It's usually made of corn masa tortillas rather than the more Tex-Mex quesadillas, which're made with flour tortillas. And sincronizadas often contain ham, whereas quesadillas more often contain beef or chicken, or just plain ol' queso. 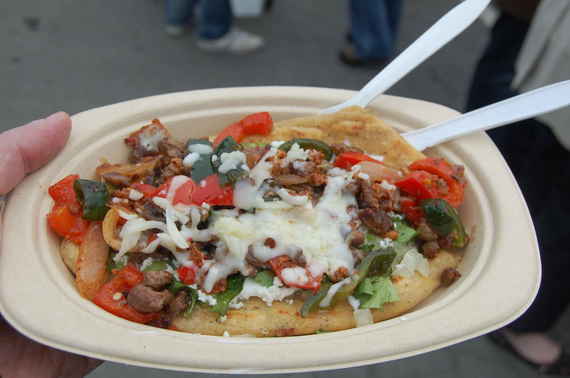 Where it's from: Mexico City

What it is: Huaraches are a type of Mexican sandal. But they're also delicious in food form! The eponymous food is an oval-shaped (read: it looks like a shoe) fried tortilla topped with salsas, vegetables, meat, and queso fresco. Their closest edible relative is the sope, which is slightly more well-known in America, and is totally not what Mexican Tyler Durden makes.

More: What's the difference between Tex-Mex and real Mexican food? 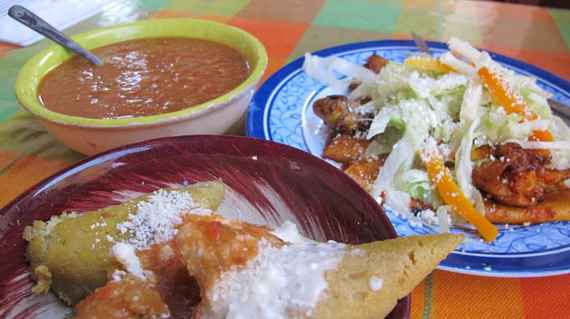 Where it's from: Michoacán

What it is: These triangular suckers are pretty similar to your garden-variety tamale (those grow in gardens, right?), in that they're made of corn leaves (not husks) that're wrapped around a filling -- in this case, it's boiled masa popped out of the leaf before being eaten with salsa and other accoutrements. They're occasionally eaten in soup with cheese. 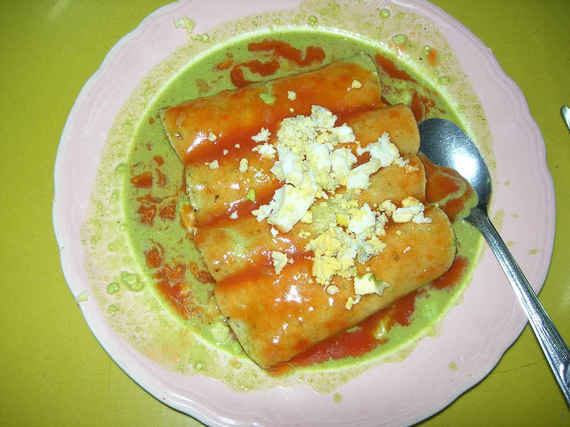 Where it's from: Yucatán

What it is: Kind of like ancient enchiladas, papadzules date back to Mayan times, when their recipe was originally developed to include thick tortillas and (probably) turkey or duck eggs. Today, papadzules are made of thinner tortillas which are dipped in a pumpkin seed-based sauce (just like back in the day), and filled with hard-boiled chicken eggs covered in a spicy tomato sauce.

See the other 4 Mexican dishes you typically won't find stateside -- only on Thrillist.com!