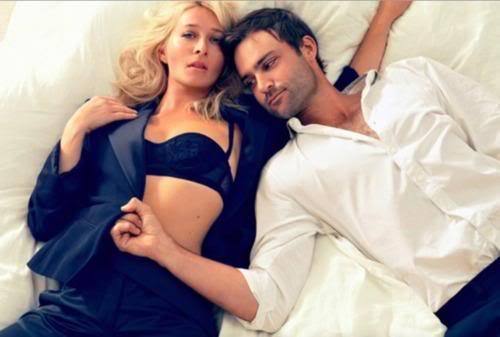 Getting out of work early for the blizzard, but already burned through every season of "Orange is the New Black," "Breaking Bad" and "The Wire" three times over?

Don't despair; there are plenty of great TV shows produced in Australia, The UK and on PBS and TBS you've likely never seen due to limited promotion budgets and/or distribution.

Get the popcorn and wine ready and settle in for these addictive series:

1. "Offspring" (Hulu): A national Australian obsession. Think "Grey's Anatomy" meets "Friends," but better. It follows Dr. Nina Proudman, a neurotic but lovable blonde OB/GYN on her quest for romance with extremely hot, broody doctors, and showcases her omnipresent, eccentric and lovingly complicated family. The setting, clothing and apartments are so gorgeous you'll be tempted to move to Melbourne. (Thank you, Sara, for getting me addicted to this).

2. "Bletchley Circle" (PBS) - An intense murder mystery set in England following WWII. After producing crucial intelligence which helped the Allies to victory during the war Susan, Millie, Lucy and Jean have returned to their normal lives, but are now called to use their code-breaking skills to catch a serial killer. It is as suspenseful and scary as Silence of the Lambs.

3. "The Wrong Mans" (PBS/BBC/Hulu) - A comedic murder mystery set in rural England, where lowly office workers Sam and Phil become caught up in a twisting criminal conspiracy after Sam answers a ringing phone at the scene of a car crash. It's fun to watch these endearing regular Joes live out their hero fantasies.

4. "Cougartown" (TBS) - Probably the most underrated shows on TV. The writing is as sharp as "Modern Family." Amazing comedic timing from Busy Phillips, Christa Miller, Courtney Cox and the entire "cul-de-sac crew" means you'll will want these friends to be your family after a few episodes. Plus, they drink lots (and lots) of wine.

5. "My Boys" (TBS) - PJ Franklin is a smart, female Chicago sportswriter. Her "boys" (the guys she hangs out with) are her family. PJ's dating life is complicated, as most men she dates don't know how to handle her love of sports, poker and her "one of the guys" status.

6. "Freaks and Geeks" (NBC) - This poignant Judd Apatow-created high school drama is set in suburban Michigan in the early '80s. it's funny, touching and spot-on about the freaks, geeks, jocks and burnouts roaming the halls of high schools in Everytown, USA. The awesome cast includes a young James Franco, Seth Rogan, Busy Phillips and Jason Segel.

7. "Absolutely Fabulous" (BBC): This one's a time-tested British classic comedy/satire about the exploits of two London fashionistas falling over themselves to be close to famous people and to stay on the cutting edge of the latest trend. "Champers, Sweetie Daaarrling?" Created by the legendary Jennifer Saunders and Dawn French, this is a show you need to see.

8. "Summer Heights High"(HBO/Netflix): Another Aussie gem. This hilariously high-octane mocumentary on suburban Sydney "mean girls," misfits and campy and clueless teachers. It is bitingly funny while subtly pointing out the tragic and outrageous. All lead characters are played by the brilliant comedian Chris Lilley.