From showing you how to ride a bike sans training wheels, to helping you tackle tricky homework, it's that time of year to thank the fathers in our lives for all the life lessons they've bestowed upon us.

Here at LearnVest, we're shining the spotlight on dads who exemplify one outstanding quality, in particular: great money habits -- a trait with power parental impact.

In fact, a recent Bank of America/USA Today survey found that 58 percent of millennials polled said their parents were their greatest financial influence.

And those who were reared by excellent money role models were most likely to stick to a monthly budget and have a savings cushion as adults.

So, to celebrate the men who've gotten it right, we're kicking off Father's Day weekend with a roundup of A-list actors, musicians and athletes with top-notch money philosophies worth emulating. 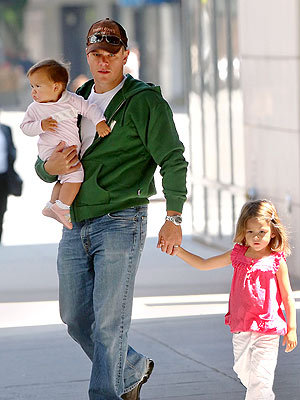 The Charitable Dad: Matt Damon
I got an allowance of $5 a week when I was a kid, but I never spent much money on anything. My mother was involved in all sorts of causes, and when I was about 12, I started sending a little bit every month to one of them. I learned then that you find one thing that matters to you, and it changes your whole mind-set."
--Parade magazine

He's a staple on the silver screen, but Matt Damon, 44, is also a powerhouse in philanthropic circles -- supporting numerous organizations around the world, as well as founding safe water initiative Water.org and Not On Our Watch, an advocacy group that aims to bring attention to international crises.

Damon credits his mom, an early childhood education professor at Lesley University in Cambridge, Mass., for getting him involved in humanitarian work -- a passion he's also hoping to pass down to his four daughters. 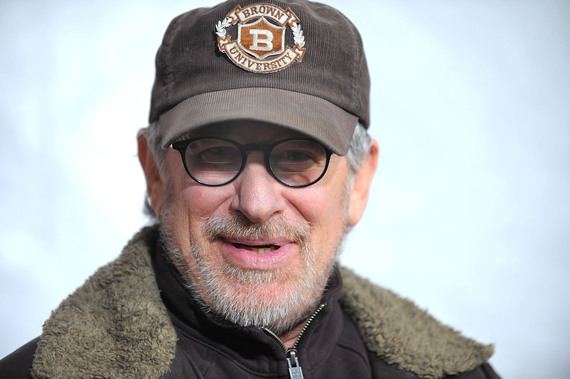 The Work-Life-Balance Dad: Steven Spielberg
"I don't work weekends. Weekends are for my kids. And I have dinner at home every night when I'm not physically directing a movie. I put the kids to bed and tell them stories and take them to school the next morning. I work basically from 9:30 to 5:30, and I'm strict about that."
--The Bold Life

Who among us can honestly say they don't spend too much time working?

Despite the Academy Award-winning filmmaker's long list of acclaimed and record-breaking movies, Steven Spielberg, now 68, prioritized setting aside dedicated time to spend with his seven children when they were young. 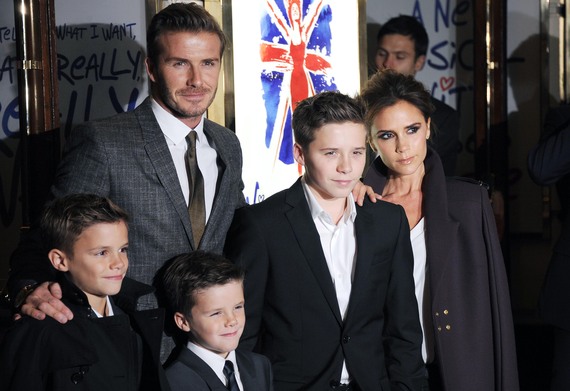 The Value of a Dollar Dad: David Beckham
"You know what kids are like. They want new soccer boots. They want new sneakers. It came to the point where [my son] turned 14, and I thought, 'If you want something, then go and work, and then you've got your own money.'"
--"The Late Late Show With James Corden"

If there's anyone who can lavish his four kids with all the sports gear their hearts desire, it would surely be 40-year-old David Beckham, whose net worth is reportedly a staggering $350 million.

But instead of bending to their will, the retired English soccer player stresses the value of a hard-earned dollar -- and insists that they earn their own money and save it up to pay for wants. 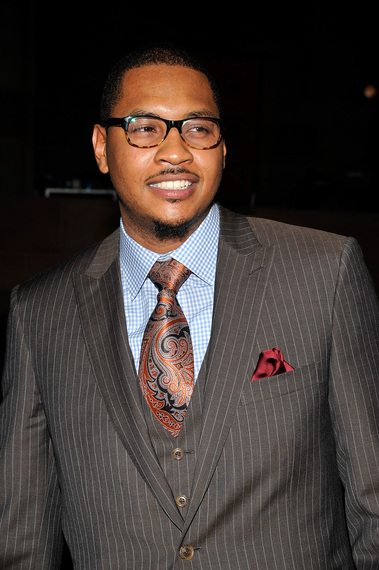 The Deal-Savvy Dad: Carmelo Anthony
"I go to the supermarket, make sure I get the newspaper and tear the coupons out; save a dollar or two."
--CBS Denver

This 31-year-old might have a multimillion-dollar contract, but New York Knicks forward Carmelo Anthony hasn't forgotten his humble beginnings being raised by a single mother who struggled after his father passed away when he was just 2.

Anthony, who has one son, says that he still hits the grocery store with coupons in hand--usually to the amazement of fellow shoppers. 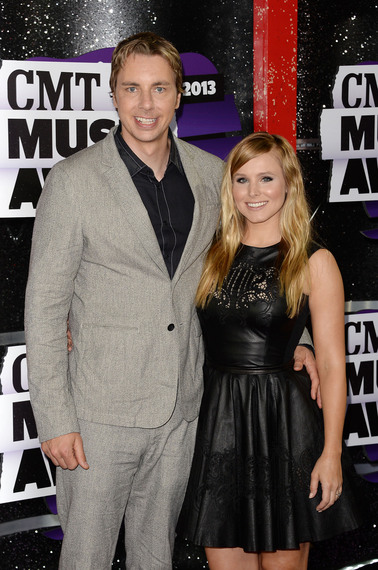 The Anti-Spendthrift Dad: Dax Shepard
"I think most guys remember the date of their wedding because they wrote so many checks. But I got in and out of the courthouse for $30!"
--"Jimmy Kimmel Live"

Considering the average cost of a wedding is now a hefty $31,000, it's no wonder cost-cutting hacks are on the minds of brides and grooms--even famous ones. 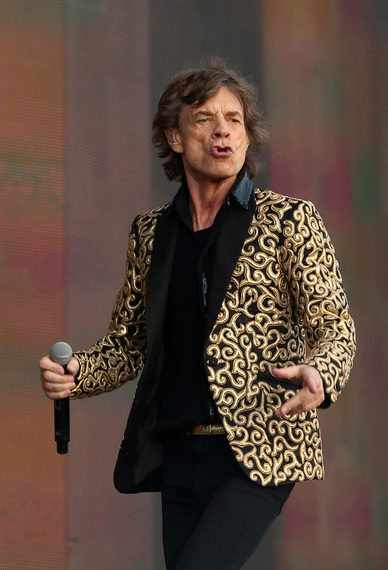 The Frugal Dad: Mick Jagger
"Those of us brought up in the '50s were taught to be frugal. We don't like throwing computers away as soon as they don't work--apart from throwing them out of the window in frustration. We like cars to be repaired instead of junked."
--The Guardian

This 71-year-old British rocker and seven-time father doesn't get any satisfaction from trashing perfectly good things.

Even after a successful music career spanning five decades, Mick Jagger--who's been crowned the fifth wealthiest lead singer in the world -- knows the value in taking care of his belongings over time... despite having the disposable income to replace them. 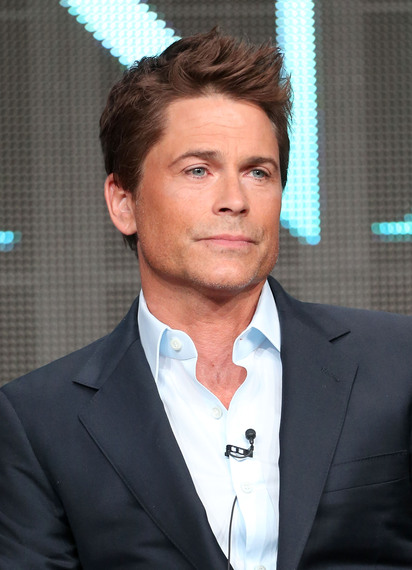 The Experiential Dad: Rob Lowe
"I'm willing to spend money to create memories for my kids and our times together. If it's a trip or taking advantage of an opportunity, I will do whatever it takes. In terms of actual things, I'm not one of those guys who collects Vipers or Shelby Cobras or has a rare book collection."
--Bankrate

Actor Rob Lowe, 51, must know that the key to joyful spending boils down to one key principle: investing in experiences and memories over material goods -- a rule he happily follows when hanging out with his two college-age sons. 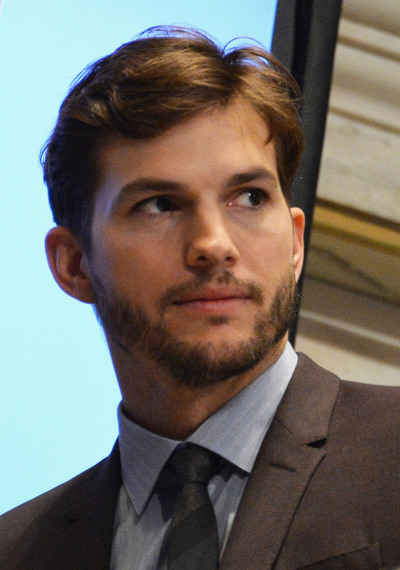 This model turned actor -- turned investor -- has a lot on his plate, especially considering he just added the title of "new dad" to the mix with the birth of his first daughter last fall.

That likely explains why Ashton Kutcher's investment strategy centers on companies that help make the most of (and save) that precious equity known as time.

After all, as he once told Esquire, "True luxury is being able to own your time -- to be able to take a walk, sit on your porch, read the paper, not take the call, not be compelled by obligation."

RELATED: Worth It or A Waste? 6 Premium Services That Can Pay Off

LearnVest is a program for your money. Read our stories, use our tools and talk to a Planner about getting a financial plan designed for you.

LearnVest Planning Services is a registered investment adviser and subsidiary of LearnVest, Inc., that provides financial plans for its clients. Information shown is for illustrative purposes only and is not intended as investment, legal or tax planning advice. Please consult a financial adviser, attorney or tax specialist for advice specific to your financial situation. Unless specifically identified as such, the individuals interviewed or quoted in this piece are neither clients, employees nor affiliates of LearnVest Planning Services, and the views expressed are their own. LearnVest Planning Services and any third parties listed, linked to or otherwise appearing in this message are separate and unaffiliated and are not responsible for each other's products, services or policies.

LearnVest is a program for your money.