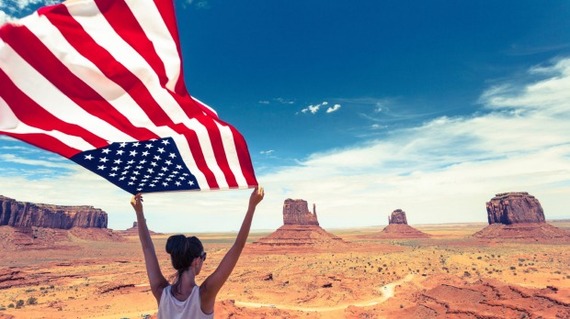 Aside from being a memorable experience, travelling can be quite educative. It opens you up to things you've never known before. Many people take frequent trips for holidays or just for the thrill to some of the most popular cities in the world like New York, or Paris. Others prefer going to the not so crowded places like Amsterdam. While some prefer the exotic places like any of these island countries.

Our experience should be memorable if only we learn before hand to stay clear of the don'ts. Since the USA is one of the most popular travel sites we have compiled a few of those for every first time visitor;

The United States is a place of opportunities and plenty of attractions that will make travelling there an adventure of a lifetime. But just like every country, the U.S. has its own culture or manner of doing things that will be different from what you're used to.

If you're caught doing something inappropriate, you are bound to get into some trouble. To be on the safe side, here are 8 don'ts for first-time travelers to the U.S.

1. Don't Leave Without Having All Your Travelling Documents Ready

First things first, get a visa. Guess what? The U.S. allows people from some countries to visit for a period of 90 days without a visa on its Visa Waiver Program (VWP). So check if you're qualified for VWP and then apply for ESTA (Electronic System for Travel Authorization). It will take just a couple of minutes to determine your eligibility.

If your country is not on the list of countries allowed visa-free entry under the VWP, then you need to apply for a visa. Once granted a visa, make sure you carry all the documents you used to apply for the visa to have them checked by the authorities.

This is general stuff, but you will be shocked the number of people get held up in the airports for this...details, details. The devil is in the details

2. Don't Pack Too Many Things

I do agree that you can never know when a thing can come in handy, but that doesn't mean you should "over pack." There's usually rules regulating the amount of things a person is allowed to carry; for instance, a carry-on bag of 8 kilograms, 2 suitcases weighing 23 kilograms each and a personal item which could either be a handbag or purse.

Anything more than this will attract an extra fee for excess luggage. Aside from the weight of your luggage, there are some prohibited items that should not be carried. Things that may endanger lives and property, cause injury to people or animals, or anything that is against U.S. national interest are forbidden.

To stay safe, run through the list of things that are not allowed in the U.S. it could be an everybody's companion in your home country, still...

The U.S. is a very big country. It spans over 6 different time zones from the west to the east (that gives a fair idea of its size). If you try to see all the tourist attractions within your travel, you'd be exhausted. So instead of going wide, go deeper.

Pick a region you want to see and explore what you can in that region, then schedule another trip to another region sometime in the future.

4. Don't Forget To Give Tips

No, I don't mean useful advice or hacks. I mean small monetary rewards. It's almost like a custom to give worker's tips. It's considered rude not to give a tip before walking out of a restaurant. The amount you give is subject to your discretion but to guide yourself, 10-20% of the bill is considered just fine. Most people just give a tithe of the bill, if you get what I mean.

But tip according to the service and the quality of delivery... that's a safe guideline most people use. 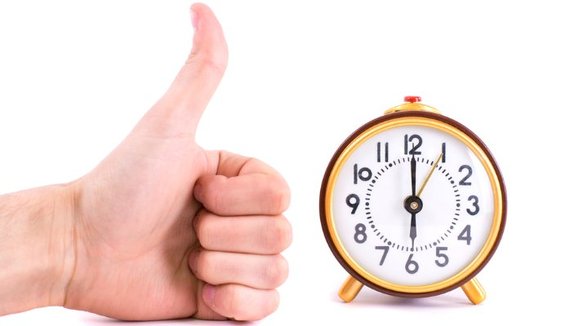 Time is taken very seriously in the United States. Being late for an appointment is considered inappropriate and rude. So keep track of your time. If you're in a place that is prone to heavy traffic, give yourself an allowance of time just in case you're hit with surprise traffic.

6. Don't Use The Slangs And Curse Words You Heard On TV Or Movies

As surprising as it may sound, slangs are not always acceptable in reality the way they seem to be in the movies. They can even be seen as offensive. A lot of first-time visitors to the USA don't even know that some words they hear often in movies are curse words or racist slurs. Curse words and words that are associated with any race or ethnic group are absolutely inappropriate. Period.
Nobody likes it, so stay clear of them.

Again, the movies are culprit, but the U.S. has strict laws against smoking in public places and some states have even stricter laws. For example, while smoking is banned in malls, bars, clubs and restaurants in New York City, California takes the ban further to beaches, health care facilities, public parks and private residence.

In America, they encourage the use of credit cards to pay for items rather than paying in cash. Paying in cash may be more expensive when compared to paying using a credit card, coming with your credit cards will often see you at an advantage.

There you have it, now the last don't would be to make sure you don't leave the USA without having all the fun you can, trust me there's plenty to go around.

Have a beautiful trip.