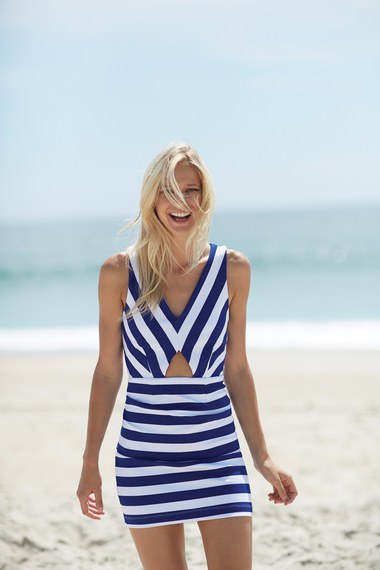 As Earth Day approaches, we're reminded that there are plenty of ways to show our love for the planet and contribute to its conservation--many of which involve our wardrobes. We can shop for eco-friendly clothes and accessories, we can don apparel that sends an Earth-loving message, and we can support companies that promote conservation causes year-round. These eight brands make it a mission to donate at least a portion of their proceeds to charities focused on environmental preservation.

Not only are Amour Vert's pieces 100% sustainable and made in the USA, but the company--which counts celebs like Emma Roberts, Olivia Palermo, and Blake Lively as fans--also works continually with the non-profit American Forests® as part of its "Buy a Tee Plant a T(r)ee" program. For each one of tee sold, Amour Vert plants a tree in America. In honor of Earth Day, Amour Vert is upping the ante: Post a picture of a tree on Instagram and tag #PlantATreeAV and @AmourVert, and they'll plant another one.

Sevenly believes, over anything, that "People Matter," and they put their money where their mouth. The company commissions "cause art" that celebrates its charitable partners, and features specific charities for its 7-day cause campaigns. But you can shop for pieces connected to a variety of causes on any day. For any items sold that are associated with a specific charity, Sevenly will donate 7% directly to that charity, and give 100% of its overall profits to its partners. Among those partners are the National Park Foundation and Project Aware, a non-profit focused on ocean conservation.

Proof's commitment to the environment is ingrained in its products: unique, eco-friendly wooden sunglasses. But the company is also committed to giving back to Mother Earth through its Do Good Program and Recycle Program. Sell your outdated or broken frames back to them, and they'll donate them to someone in need. In the past, Proof aided with reforestation in Haiti and just last year, they donated $12,000 to The Nature Conservancy in Idaho.

WeWOOD, which sells unique timepieces made mostly from scrap-wood, partners with both American Forests® and Trees For The Future to help keep our forests healthy and lush. The brand opened its doors in 2010 and planted 7,000 trees that year alone. Since 2011, they've planted more than 420,000 trees, and have a goal of planting 1 million trees by the year 2020. 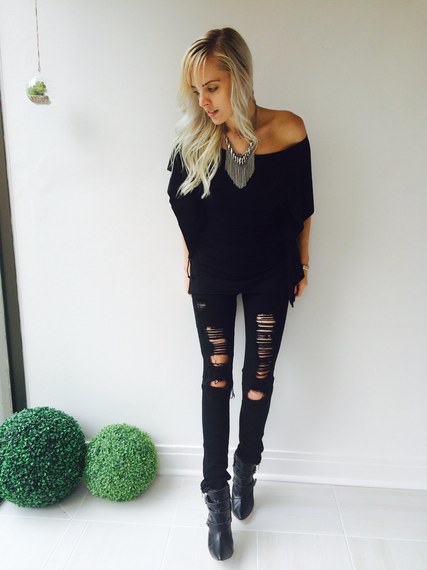 Courtesy of Sararose on Oak

Sararose on Oak offers a variety of clothes and accessories, all produced with a focus on protecting Mother Earth. Among its many charitable contributions, the company donates 10% of all its sales to the non-profit Ocean Conservancy, which works to protect Earth's oceans, and the wildlife and communities that depend on them.

Fibre Athletics is a certified Chicago Fair Trade company focused on "cultivat[ing] positive human development" and its environmental impact through fashion. As part of its mission, the brand contributes 1% of its profits to two charities, including The Eden Project, which restores forests in Haiti, Madagascar, Ethiopia, and Nepal.

Animal Behavior's tag line is "Inspired By Nature To Protect Nature," and it certainly lives up to the phrase. Each collection is inspired by a critically endangered species in an effort to raise awareness, and to protect animals and their natural habitats. The current (and first!) collection, Panthera, was influenced by the endangered Amur Leopard, and 5% of every purchase made goes to Panthera, a non-profit devoted to conserving wild cats as well as their ecosystems.

Oliberté is a sustainable brand that supports workers' rights in sub-Saharan Africa. In 2013, its factory in Ethiopia became the world's first Fair Trade Certified™ footwear manufacturing factory. In addition to its eco-friendly products and processes, the company is also part of the 1% For The Planet movement, and donates 1% its proceeds to the cause.

Related: 15 Eco-Friendly Pieces That Prove You Can Love the Earth and Look Good at the Same Time

More from Teen Vogue:
5 Awesome Beauty Brands that Reward You for Recycling

20 Genius Hacks That Will Save You Big Money at Sephora