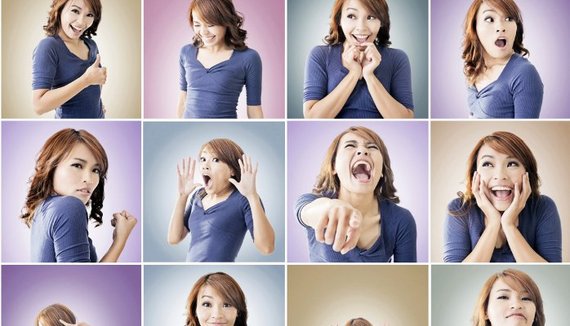 Body language provides an amazing amount of information on what other people are thinking if you know what to look for. And who hasn't wanted to read people's minds at some point?

You already pick up on more body language cues than you're consciously aware of. UCLA research has shown that only 7% of communication is based on the actual words we say. As for the rest, 38% comes from tone of voice and the remaining 55% comes from body language. Learning how to become aware of and to interpret that 55% can give you a leg up with other people.

When you're working hard and doing all you can to achieve your goals, anything that can give you an edge is powerful and will streamline your path to success.

TalentSmart has tested more than a million people and found that the upper echelons of top performance are filled with people who are high in emotional intelligence (90% of top performers, to be exact). These people know the power that unspoken signals have in communication, and they monitor body language accordingly.

Next time you're in a meeting (or even on a date or playing with your kids), watch for these cues:

Crossed arms and legs signal resistance to your ideas. Crossed arms and legs are physical barriers that suggest the other person is not open to what you're saying. Even if they're smiling and engaged in a pleasant conversation, their body language tells the story. Gerard I. Nierenberg and Henry H. Calero videotaped more than 2,000 negotiations for a book they wrote on reading body language, and not a single one ended in an agreement when one of the parties had their legs crossed while negotiating. Psychologically, crossed legs or arms signal that a person is mentally, emotionally, and physically blocked off from what's in front of them. It's not intentional, which is why it's so revealing.

Real smiles crinkle the eyes. When it comes to smiling, the mouth can lie but the eyes can't. Genuine smiles reach the eyes, crinkling the skin to create crow's feet around them. People often smile to hide what they're really thinking and feeling, so the next time you want to know if someone's smile is genuine, look for crinkles at the corners of their eyes. If they aren't there, that smile is hiding something.

Copying your body language is a good thing. Have you ever been in a meeting with someone and noticed that every time you cross or uncross your legs, they do the same? Or perhaps they lean their head the same way as yours when you're talking? That's actually a good sign. Mirroring body language is something we do unconsciously when we feel a bond with the other person. It's a sign that the conversation is going well and that the other party is receptive to your message. This knowledge can be especially useful when you're negotiating, because it shows you what the other person is really thinking about the deal.

Posture tells the story. Have you ever seen a person walk into a room, and immediately, you have known that they were the one in charge? That effect is largely about body language, and often includes an erect posture, gestures made with the palms facing down, and open and expansive gestures in general. The brain is hardwired to equate power with the amount of space people take up. Standing up straight with your shoulders back is a power position; it appears to maximize the amount of space you fill. Slouching, on the other hand, is the result of collapsing your form; it appears to take up less space and projects less power. Maintaining good posture commands respect and promotes engagement, whether you're a leader or not.

Eyes that lie. Most of us probably grew up hearing, "Look me in the eye when you talk to me!" Our parents were operating under the assumption that it's tough to hold someone's gaze when you're lying to them, and they were right to an extent. But that's such common knowledge that people will often deliberately hold eye contact in an attempt to cover up the fact that they're lying. The problem is that most of them overcompensate and hold eye contact to the point that it feels uncomfortable. On average, Americans hold eye contact for seven to ten seconds, longer when we're listening than when we're talking. If you're talking with someone whose stare is making you squirm--especially if they're very still and unblinking--something is up and they might be lying you.

Raised eyebrows signal discomfort. There are three main emotions that make your eyebrows go up: surprise, worry, and fear. Try raising your eyebrows when you're having a relaxed casual conversation with a friend. It's hard to do, isn't it? If somebody who is talking to you raises their eyebrows and the topic isn't one that would logically cause surprise, worry, or fear, there is something else going on.

Exaggerated nodding signals anxiety about approval. When you're telling someone something and they nod excessively, this means that they are worried about what you think of them or that you doubt their ability to follow your instructions.

A clenched jaw signals stress. A clenched jaw, a tightened neck, or a furrowed brow are all signs of stress. Regardless of what the person is saying, these are signs of considerable discomfort. The conversation might be delving into something they're anxious about, or their mind might be elsewhere and they're focusing on the thing that's stressing them out. The key is to watch for that mismatch between what the person says and what their tense body language is telling you.

The bottom line is that even if you can't read a person's exact thoughts, you can learn a lot from their body language, and that's especially true when words and body language don't match.

What other body language clues do you look for? Please share your thoughts in the comments section below, as I learn just as much from you as you do from me.