By Melissa Maria for Architectural Digest. 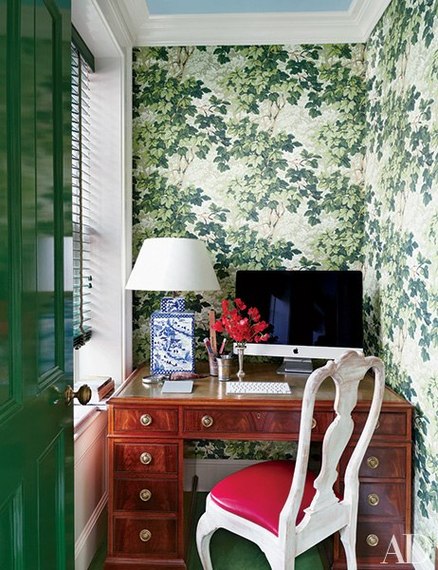 Inside a Brooklyn family home that was renovated by Baxt Ingui Architects and decorated by Nick Olsen, the office features Zoffany wallpaper and a Vaughan lamp. 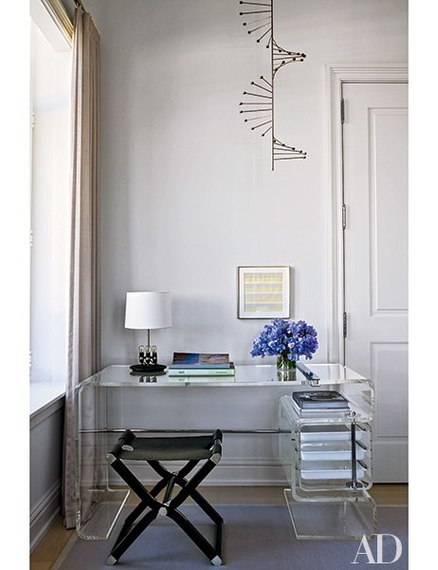 The Manhattan apartment of Dr. Clifford Hudis and his wife, Jane Hertzmark Hudis, an executive at Estée Lauder, was designed by Shelton, Mindel & Assoc. A circa-1956 Poul Kjærholm candelabra is suspended above the master suite's vintage Rena Dumas desk; the lamp is by Gino Sarfatti. 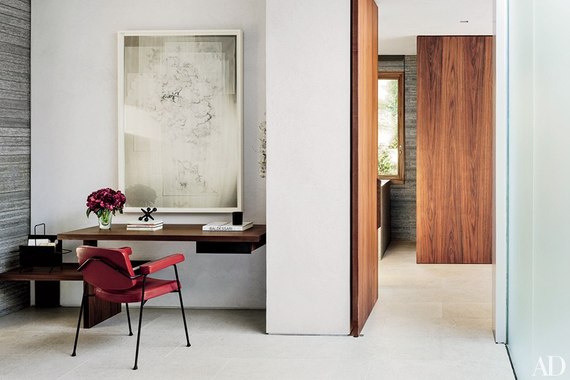 At a striking residence in Amagansett, New York, a print by Jim Hodges hangs above a built-in desk and a Pierre Paulin chair in the guest pavilion's living room. 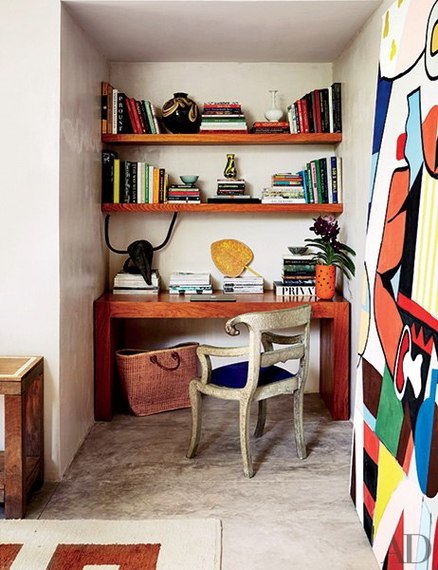 In stylist Carlos Mota's Dominican Republic beach house, a Picasso-inspired mural decorates a wall near the office, where an Indian chair is pulled up to a desk designed by Mota. 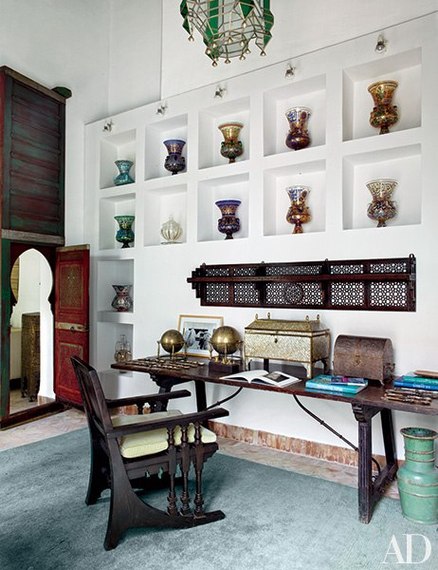 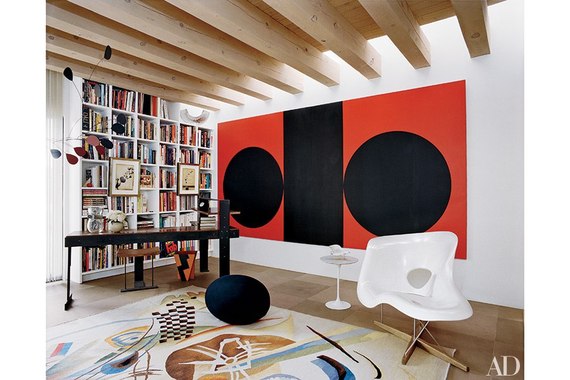 In art director Charles Churchward's Santa Fe, New Mexico, residence, a massive Alexander Liberman canvas presides over the library, where a reproduction Pierre Chareau desk and stool are grouped with a Donald Deskey wastebasket and an oval footrest from Luminaire; the Saarinen side table by Knoll and the Eames chaise longue by Vitra are both from Design Within Reach, while the collages mounted on the bookshelves are by Erik Foss. 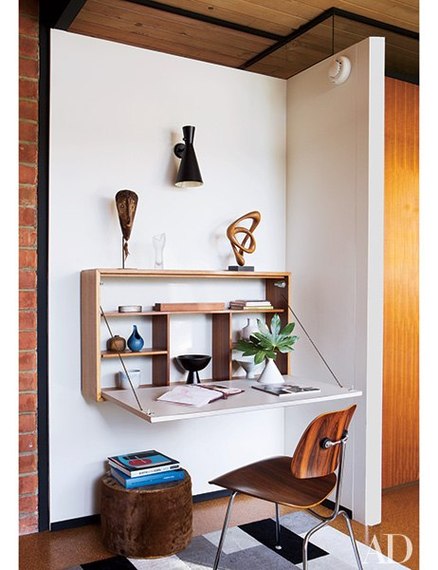 An Ellwood-Lomax drop-front desk is in the living room of the Steinman House, which was restored by Michael Boyd of BoydDesign, originally built by architects Craig Ellwood and Jerrold Lomax in 1956, and now owned by Holly and Albert Baril. 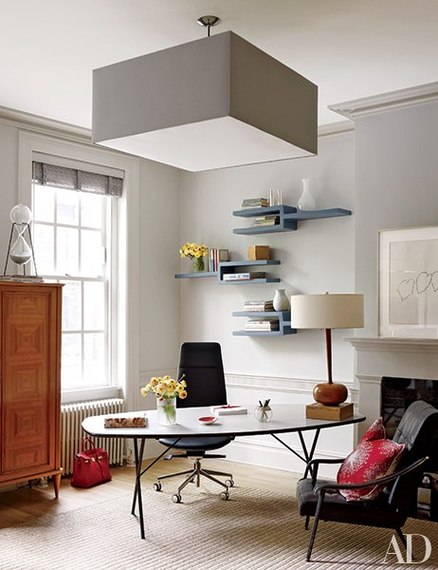 Inside an 1840s Manhattan townhouse renovated by the architecture firm Leroy Street Studio and decorated by Christine Markatos Design, a Piet Boon ceiling light from Twentieth overlooks the study, where an Aston rolling desk chair from Suite New York is pulled up to a vintage George Nelson table by Herman Miller; the lamp is from Room, and the shelves are vintage Jean-Marie Massaud.

12 Amazing Rustic Kitchens to Drool Over

Oprah Shares The Seven ‘Books That See Her Through’