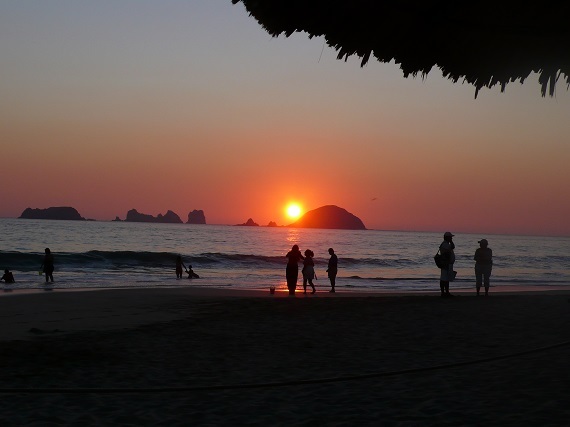 Travelers to Mexico should know it's OK to drink the water at resort hotels (they often purify it as many as three times) and at restaurants catering to tourists. Also, it's NOT OK to chow down on those tasty-looking munchies sold by street vendors (even if you think you have a cast-iron stomach). And NEVER to buy illegal drugs on the streets (sellers enjoy a tidy income from rewards paid by the cops for turning you in). But you might not be aware of the great deals you can get down there on silver and rare gemstones, even on cooking vanilla. And about a simple way to convert pesos to U.S. dollars. Read on.

Oy Vey, José, That's Not Cream Cheese: Would you like some cream cheese to go with your bagel or toast at breakfast? Mexican buffet restaurants (like those at the big resort hotels) normally put butter and jelly in the help-yourself cases, but often not cream cheese. You have to ask the serving person for it, but if you use the words "cream cheese" you might get anything from a goopy cheese sauce to a Mexican cheese, like Asadero, with cream on the side. A tip: Ask for "Philadelphia." That usually works. 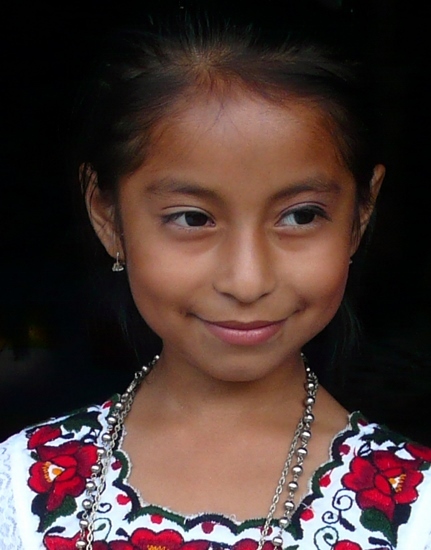 Mexico's answer to the Mona Lisa lives in the jungles of the southern Yucatan Peninsula.

It'll Look Great on the Mantle, Dear: There's an easy, two-step way to convert Mexican pesos to U.S. dollars. Just take the number of pesos - say 400 for a statue of Tlaloc, the Aztec rain god - cut the number in half (200) and take away the last zero. Now you're down to about 20 bucks. A tip: Keep in mind the rate of exchange varies a little almost daily. Right now it's around 100 pesos to a few cents over $5 U.S.

Tips on Tipping: Tourists may not know it, but Mexican taxi etiquette doesn't call for gratuities (unless the driver did something special, like loading bags, waiting for the rider or taking trips at very late hours). If you feel compelled to tip for routine rides, it's OK to just round up the tab or to fork out a handful of any loose change you might have.

A Sweet Surprise: Looking for gifts for the folks back home? Consider bottles of cooking vanilla. Mexico's vanilla is among the best (if not THE best) in the world, and you'll find it down there in most shops and in different sizes. What's more, it's usually pretty cheap in the stores. A tip: You'll pay a lot more for vanilla (and everything else) in the airport shops on your way home. 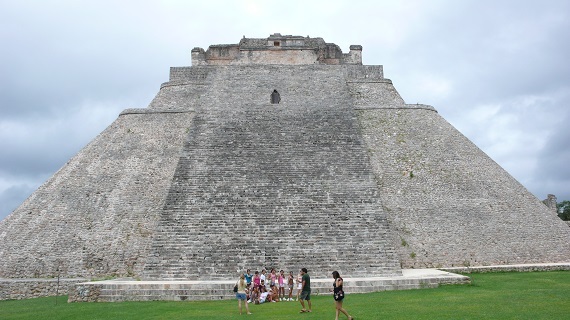 Pyramid of the Magician at the Maya ruins of Uxmal. 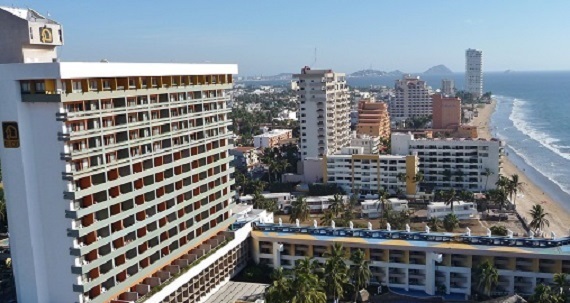 The Malls of Moctezuma: Mexican restaurant sanitation laws have improved considerably over the years, but cases of "Moctezuma's Revenge" still pop up now and then. You should know that pharmacies in shopping areas south of the border normally carry anti-diarrhea drugs sold over the counter. A tip: Some of these drugs come in itty-bitty tablets, so it's easy to accidentally overdose (and if you take too much, you may not see the inside of a bathroom for a week for this particular bodily function). 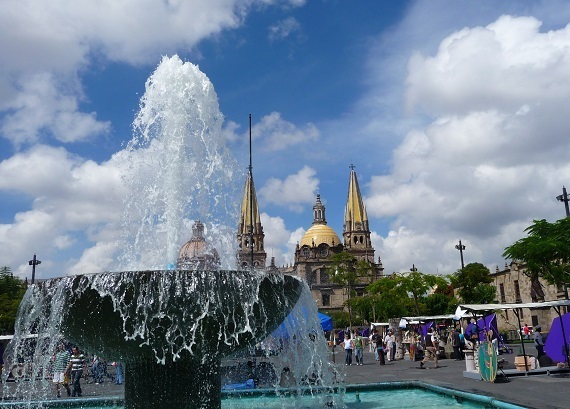 A street scene in Guadalajara.

Resort on the Riviera Maya.

No-See-Ums: When you're flaked out on the beach are your ankles a magnet for those tiny flea-like things that burrow into your skin down there? A tip: Scratching the itches just makes them worse, but you can suffocate the dug-in critters with the alcohol in nail polish remover. Try to remember to pack a small bottle of the remover and also a little white baking soda to smear on mosquito bites (but make sure to toss what's left before going back across the border with a bag of what might look like something else). 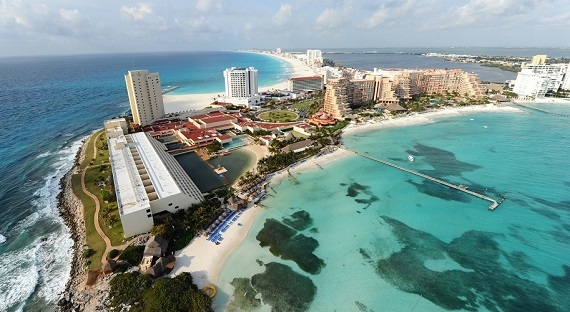 Cancun stretches for miles on an island in the Mexican Caribbean.

Stuff On the Cuff: How would you like a free round of golf? Or a comp lobster dinner? Or a gratis tour of the Maya ruins? These are all yours among incentives to sit through timeshare or vacation club presentations at the big hotels. If you can stay awake during the shows, and then personal pitches by "closers" (and if you can resist the temptation to buy part of an absolutely gorgeous condo), you can walk away with some truly cool freebies - typically without any penalties or charges for turning down the deals. A tip: You might get asked to sign a statement that you saw the show. That's normally legit. But don't sign anything else. 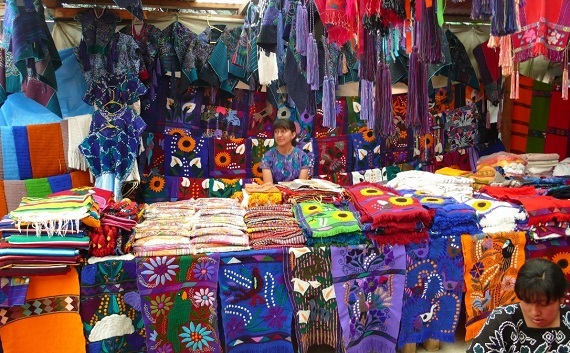 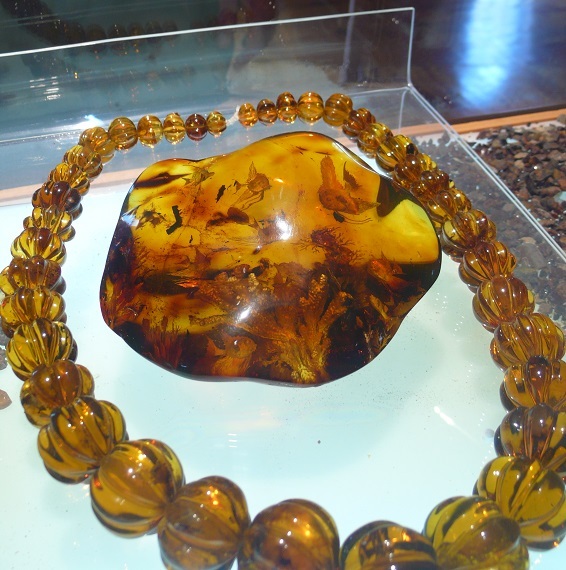 Rare pieces of amber resin have bugs trapped inside eons ago.

Forever Amber: You can get some great bargains in Mexico on jewelry made from a fossilized tree resin called amber, Mexico being one of the few countries in the world where this gemstone is a native product. Price tags depend on a piece of the usually brownish stone's size, coloring and what was trapped inside it millions of years ago. Pieces containing bugs sell for thousands of dollars. A tip: Be careful, there's a lot of phony amber floating around. Experts say you can use simple tests to tell the real thing. Is it light and warm? That's amber. Is it heavy and cold? That's just doctored up glass. Another test: Rub it, and if it smells like incense, it's probably genuine.

All photos except Cancun by Bob Schulman. Cancun image courtesy of the Cancun CVB.