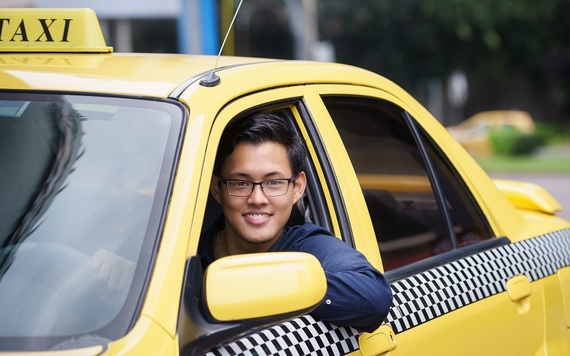 As technology continues to improve, future job forecasts will likely be dim for some workers.

Andrew McAfee, co-director of the MIT Initiative on the Digital Economy, addressed the future of jobs in developed economies in an insightful TED Talk. McAfee suggested that the increased productivity from sophisticated machine and computing power will lower prices and reduce "drudge" work. And Ira Wolfe, president of Success Performance Solutions and expert in workforce trends, estimated that close to 50 percent of jobs will be extinct within the next 20 years.

Thomas Frey, senior futurist at the DaVinci Institute, believes that the power industry will undergo dramatic changes in response to health and environmental issues. In a blog post, Frey predicted national grids will switch to micro grids to serve large cities and single homes. Power lines and coal plants will be replaced by cleaner technologies, and the role of utility engineers and transportation workers will shift. The good news is that an evolving power industry will initially provide new jobs to support the changes, such as installation crews, a new breed of engineers and more.

Read: 5 Jobs That Still Come With a Pension

Deliveries of packages might soon be carried out by drones and driverless cars. Amazon is testing drones outdoors after receiving the go-ahead from the Federal Aviation Administration (FAA), reports The Wall Street Journal. And Frey wrote that driverless cars will replace limo and taxi drivers. He believes the U.S. legislation will agree that these cars are safer options. Delivery dispatchers, traffic monitoring systems, engineers, emergency crews and more will likely replace delivery and taxi drivers.

Teachers are unlikely to become extinct. However, free online learning is revolutionizing teaching models, wrote Frey. The Massachusetts Institute of Technology (MIT) currently offers more than 2,000 courses online, and there have been more than 130 million downloads. The Khan Academy offers a similar number of courses, and downloads exceed 100 million. In the future, there might be fewer teachers and professors but more coaches, course designers and learning camps, according to Frey.

Read: Underpaid? See the Best-Paying Cities for the 20 Hottest Jobs

Savvy sites that allow you to book your own vacation, such as Kayak and Airbnb, cater to the mobile user who prefers speed over personal service from a live representative. Fast Company ranked travel agents No. 5 on its list of the most endangered jobs of 2014, and Staff.com co-founder Rob Rawson wrote in a blog that websites provide a bespoke service that rivals the most efficient human travel agent.

A computer can determine a traveler's needs, clarify questions via a website and deliver the cheapest or most suitable options quicker than a human travel agent and at a lower cost. Rawson predicted travel agents will no longer be needed by 2025.

Futurist, strategist and pilot John L. Petersen wrote that drones and other unmanned carriers will become part of the global aircraft fleet. Artificial intelligence agents will research and collect information such as the weather and flight plans -- just like traditional pilots. Petersen also reports that the Navy has flown drones from aircraft carriers, and drone cargo helicopters are already in use in Afghanistan by the Marine Corps.

Keep reading: 5 Best Websites to Find a High-Paying Job in 2015

Rawson also predicted that bookkeepers and accountants will be extinct by the year 2028. Chris Thompson of Wellers Accountants wrote that the business intelligence that bookkeepers provide by number crunching and reporting is key to strategic decision making. Software, such as QuickBooks, can capture and report data in real time. And artificial intelligence software, such as that created by Quill, can now analyze data and produce written reports integrating various data sources.

The nuances of language make voice interpretation difficult for computers, as Kevin Rawlinson experienced on a recent trip to Bilbao, Spain. In an article for BBC News, he wrote that he found various Google language apps to be helpful but awkward in practice.

But according to The Economist, which cites the consulting firm Common Sense Advisory, sales in the language interpretation industry are approaching $37 billion each year. This implies that Google and other leading technology firms will continue to attempt to perfect their tools. One day soon, the need for interpreters could disappear.

Careercast included newspaper reporters as a dying breed in its 2014 list of the most endangered jobs. Citing a report by NewspaperDeathWatch.com, Careercast predicted the profession will decline by 13 percent in the coming years as consumers continue to read the news online and advertisers exploit online channels rather than print publications.

Layoffs and furloughs will be the inevitable result of reduced funds from the advertising industry. And news apps will appeal to the mobile user, who can catch up on current events while waiting in line or riding public transportation.

This article, 8 Jobs That Will Go Extinct by 2030, originally appeared on GOBankingRates.com.