In the past few months, Detroit got flooded by unusually heavy rains. Washington State wrapped up one of its most destructive fires seasons on record. And California remains in the grip of extreme drought, with major reservoirs holding just 43 percent of normal levels. Joe Muzzi, a California farmer, said, "If it doesn't rain this winter we are out of business." Already 17,100 jobs have been lost due to the drought.

Climate change is hurting American communities right now. It will take an even greater toll on future generations if we don't confront it.

Today is the deadline for filing comments on the EPA's proposed limits on carbon pollution from power plants. NRDC submitted detailed comments, because we know the EPA's plan is the most important step the US can take to address climate change right now.

Carbon pollution is the biggest driver of climate change, and 40 percent of all carbon pollution in this country comes from power plants. Yet, astonishingly, there are no national limits on how much carbon pollution these plants can dump into our atmosphere. That's not right, and it's time to fix it.

Americans have filed more than 8 million comments in favor of the EPA's plans to limit carbon pollution from new and existing power plants -- the most ever received by the agency. This comes as no surprise given numerous polls. An ABC/Washington Post survey, for instance, found that 7 in 10 Americans view climate change as a serious problem and support federal action to reduce greenhouse gases. 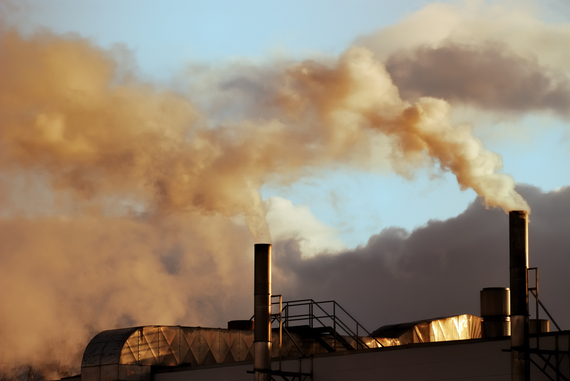 People want to shield their families from extreme weather. And they want to breathe cleaner air and expand the economy. NRDC's analysis confirms that the EPA's carbon limits will deliver those benefits.

Here is how it works. In June, President Obama released a Clean Power Plan calling on the EPA to cut carbon pollution from power plants by 26 percent in 2020 and 30 percent by 2030. States and power companies will develop their own pathways to hit the targets, and energy efficiency and renewable power offer the most cost-effective ways to do it.

This shift toward cleaner energy would save the average American family $103 a year on electricity bills, according to recent analysis.

Strong carbon limits could also create more than 274,000 jobs in energy-efficiency alone in 2020. That's on top of new jobs in the fast-growing renewable power sector. There are already almost 200,000 Americans working to get more power from the sun and the wind. The president's plan will expand those opportunities.

In the comments NRDC filed today, we celebrated the many benefits of the EPA's proposed carbon limits. We also suggested three ways to make a good plan better. Here is what we urged the EPA to do:

1. Recognize the Full Contribution of Efficiency and Renewable Power.
Technology and market advances have improved that picture since the EPA made its initial calculations. As a result, the EPA's figures underestimate the potential for renewable generation in 2020 by at least 40 percent. Similarly, the EPA's projections underestimate what's possible through energy efficiency. Updating those calculations will show we can cut more carbon, at less cost and create even more jobs than the agency's own analysis has shown.

2. Cut Carbon Pollution Even More.
The rapid performance improvements and price cuts in energy efficiency and renewable power make clear that we can do better than the EPA's initial goal. NRDC analysis shows we can readily exceed a 40 percent reduction by 2030. America should commit to that target and show that we're serious about protecting future generations from the dangers of climate change.

3. Set Verifiable and Enforceable Interim Targets for Reducing Pollution.
Right now, the EPA has proposed that carbon pollution cuts be averaged in over a ten-year period between 2020 and 2029. Sharpening our focus with two five-year compliance periods will help states and power companies keep their eye on the ball, step up the pace of progress on efficiency, renewable power and other clean-energy advances and improve our ability to measure and monitor our gains.

Strong limits on carbon pollution will save Americans money, create jobs, improve our health, and help defuse climate change. Republican leaders in Congress, however, have vowed to block the EPA from moving forward -- despite the enormous public support for climate action. Click here to tell the EPA you support carbon pollution limits.