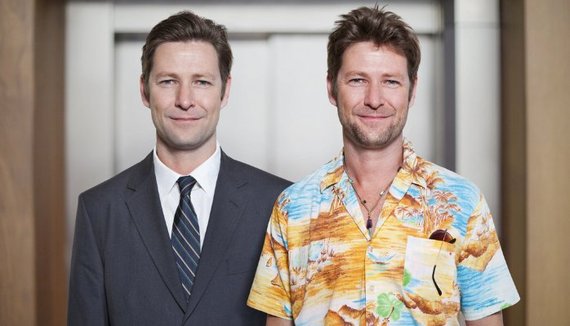 You know what they say about opinions -- everybody has one. If you want to see that truth in action, just Google "characteristics of successful people." Some of the results will undoubtedly point to the famous Marshmallow Study at Stanford, which demonstrated that the ability to delay gratification is a key component of success.

But that's far from the only theory:

-- According to Stanford psychologist Carol Dweck, it all comes down to mindset. She conducted a series of experiments that demonstrated that, while the average person sees their abilities as fixed assets, successful people have, what she calls, a "growth mindset." In other words, successful people focus on self-improvement and overcoming challenges rather than seeing their mistakes as the products of insurmountable personal flaws.

And the list goes on and on. So what is happening here? Why are there so many different theories, complete with the science to back them up, about the traits that contribute to success? I think it's because most wildly successful people are complex -- so complex that many of their defining qualities are paradoxical.

Rather than an "either/or" set of static characteristics, they're more likely to demonstrate both. This is a key to their success. Here are some examples of what I'm referring to.

1. They're polite, yet completely unafraid to rock the boat. Successful people are, what I like to call, "graciously disruptive." They're never satisfied with the status quo. They're the ones who constantly ask, "What if?" and "Why not?" They're not afraid to challenge conventional wisdom, yet they don't disrupt things for the sake of being disruptive; they do it to make things better. Still, they're polite and considerate, and they don't draw attention to other people's mistakes just to humiliate them. However, that doesn't mean they sit back and let people wander off in the wrong direction. They won't hesitate to speak up when it's time to change course.

2. They're deeply passionate, yet rational and objective about their work. Successful people are passionate about their work, but they don't let it skew their thinking. They have the ability to step back and look at their work with a critical eye and to accept their mistakes. If it's a disaster, they'll admit it, because they realize that it's better to try something different than to put out something subpar with their name on it. That sense of detachment also allows them to accept feedback from others without taking it personally.

Successful people are passionate about their work, but they don't let it skew their thinking.


3. They're convergent and divergent thinkers. Convergent thinking is what's measured by IQ tests: rational thinking that typically results in a single right answer. Divergent thinking, on the other hand, is less precise. It's about generating ideas and asking questions that have no solid right or wrong answers. Both are important. No matter how high your IQ is, you're not going to be successful if you can't think outside of the proverbial box. On the other hand, you need rational thinking skills to correctly judge whether your ideas have merit. That's why this particular paradox is so important.

4. They're both energetic and calm. Successful people seem to have limitless energy when it comes to doing the things they're passionate about, but they aren't frantic. They can keep that energy under control. They work hard and focus on the task at hand with devoted concentration, but they're so smooth that they make it look both easy and fun. Some people are so energetic that they're hyperactive and unfocused and constantly bouncing from one thing to another. Successful people know how to harness their energy so that it works in the service of progress and doesn't undermine it.

5. They like to work and play. Successful people personify the often-repeated quote, "Do what you love, and you'll never work a day in your life." Because they love what they do, they find brainstorming, problem-solving, and grinding out tough projects thought-provoking, engaging, and deeply satisfying. And though they take their work very seriously, the enjoyment and gratification they derive from it blurs the common demarcation between work and play.

Successful people are not limited by what other people tell them is possible.


6. They're ambiverts. Successful people are comfortable acting in ways that amplify their introversion and extraversion, depending on what the situation calls for. They can sit in the back of a conference room and silently listen to what's going on, or they can go up on stage, grab a microphone, and engage a huge crowd -- and they look just as comfortable doing one as they do the other.

7. They're naïve and smart. No one would argue that intelligence isn't an important part of success, but many successful people also have a childlike lack of awareness (or maybe it's a lack of respect) for the type of constraints that other people blindly accept. They're not limited by what other people tell them is possible.

8. They're both humble and proud. Taking pride in your work is absolutely essential for success, but successful people know they wouldn't be where they are without the people who came before them and those they've worked with along the way. They know that they didn't achieve their success all on their own, and because they're OK with that, they don't have anything to prove. That's why so many incredibly successful people end up coming across as grounded and humble when you meet them in person.

The reason that there are so many different opinions on what traits are necessary for success -- and the reason that so many of them contradict each other -- is that successful people are complex. They have a wide variety of paradoxical skills that they call upon as needed, like a mechanic with a well-stocked toolbox.

What other paradoxical habits characterize successful people? Please share your thoughts in the comments section below, as I learn just as much from you as you do from me.