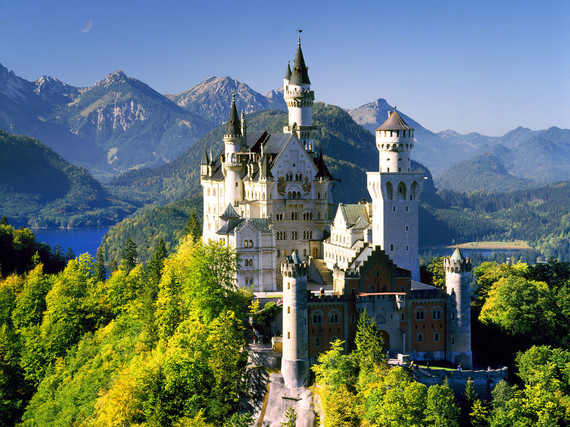 The magical worlds inhabited by Disney characters have inspired children for generations, but did you know that the creative teams behind these visions were often themselves inspired by authentic villages, castles, and vistas? We took a journey through the Disney film archives, matching up enchanting fairy tales with their real-world locations.

1. Disney location: The castle from Tangled 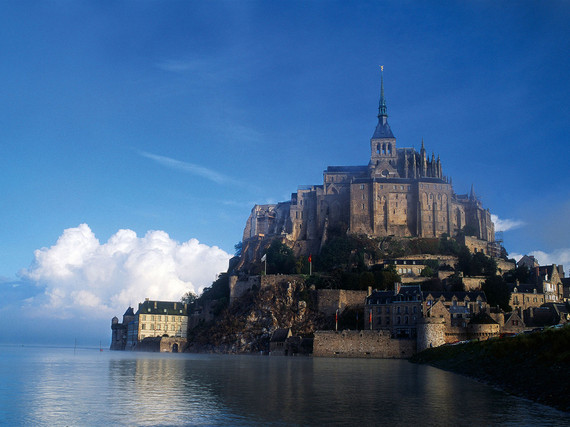 French artist Laurent Ben-Mimoun looked to the romantic oil paintings of 18th-century artist Fragonard to create the concept art for Tangled. He started with the vision of a Renaissance castle from which Rapunzel could let down her hair, recalling Mont Saint-Michel in Normandy. As production progressed, he added medieval and French Renaissance influences--like small round towers inspired by Château de Chenonceau--as well as hints of modern architecture, like the triangular composition of the Century City Twin Towers in Los Angeles.

One of Germany's most famous landmarks also served as the inspiration for Sleeping Beauty's castle, both in the 1959 film and at Disneyland itself. Before construction began in Anaheim, Walt Disney visited Neuschwanstein Castle, a 19th-century Romanesque Revival structure, on a European tour. He was inspired by the bright colors and majestic setting of to create the fairytale castle at the heart of Disneyland.

3. Disney location: Paradise Falls from Up 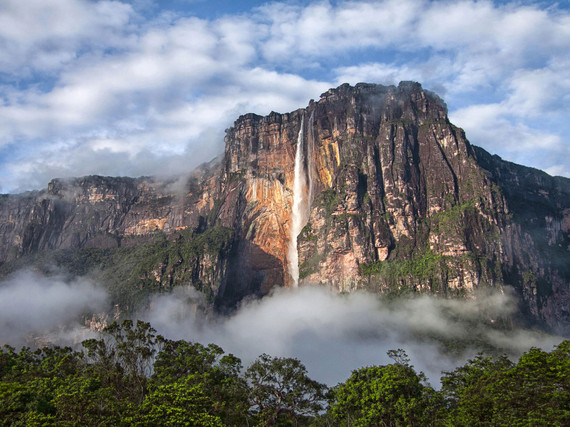 Updirector Pete Docter traveled with a team of Pixar creatives to Venezuela's tepuis (table-top mountains) to gather inspiration for the lost world of Paradise Falls. Their trip culminated with a trip to Angel Falls, the world's tallest waterfall, which the team recorded with thousands of photographs, videos, and sketches before taking that inspiration home to create the bucket-list destination for the film's elderly hero Carl Frederikson (voiced by Ed Asner). "My feeling is that the location is also a character in the movie," Docter told USA Today. 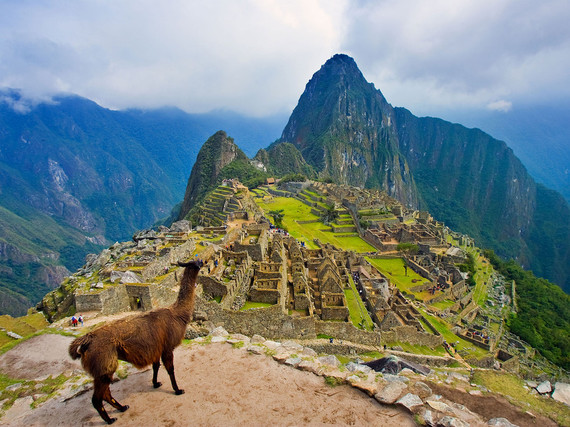 The mystical Inca ruins, perched 8,000 feet above sea level in Peru, served as the no-so-subtle inspiration for Pacha's village in The Emperor's New Groove, where Emperor Kuzco has grand plans to build a Kuzcotopia theme park. Ironically, Machu Picchu has become a major Peruvian tourist attraction since the Inca abandoned this site in the 16th century. Adventure travelers hike (or bus) to see the Temple of the Sun, the Room of the Three Windows, and Inti Watana, the ritual stone that is thought to have served as an astronomical clock for the Inca. 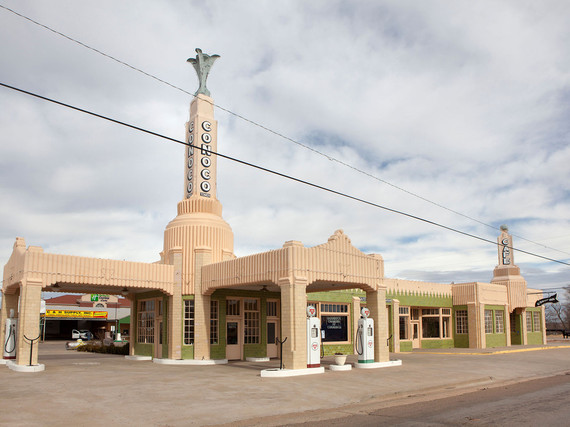 In the 2006 film Cars,the fictional town of Radiator Springs is meant to be a neglected stop along Route 66. One clear connection to that famed stretch of highway is Ramone's House of Body Art--based on the U-Drop Inn, a rest stop located in Shamrock, Texas. Its Art Deco design by J.C. Berry is easy to spot in Pixar's re-creation; Ramone's has a similarly shaped building and large spire (these can also be seen in Cars Land at Disneyland). 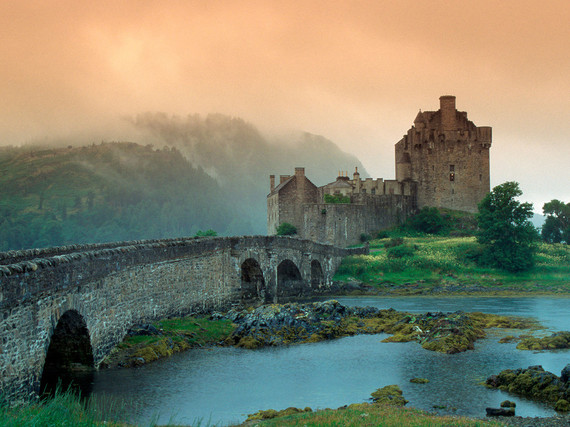 Disney's design team visited the glens and highlands of Scotland for its recent feature Brave,about rebellious red-headed princess Merida who wants to brake the shackles of tradition. They took inspiration from Urquhart Castle on the banks of Loch Ness and Dun Carloway broch on the Isle of Lewis, but the bulk of the design--the sprawling, rich interiors of Merida's DunBroch Castle--were drawn from the 13th-century Eilean Donan Castle on Scotland's west coast. Clan MacRae's grand table at the center of the Banqueting Hall is the model for Merida's royal family gatherings; the towers, stairwells, and turrets of the castle inform all the nooks and crannies the princess haunts throughout the movie.

7. Disney location: The castle of Arendelle in Frozen 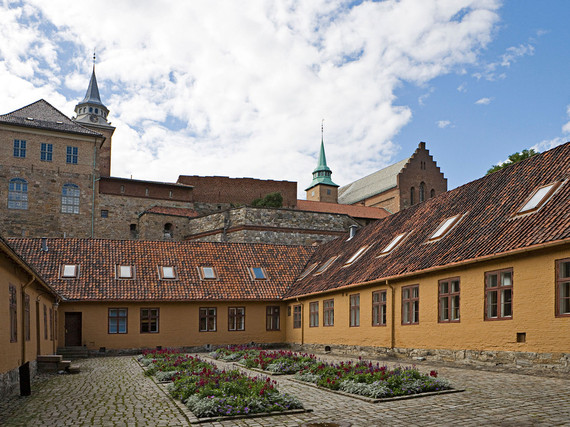 From the traditional folk costumes to the stunning vistas of the fjords, Norway inspired the look and feel of the magical world of Anna and Elsa in Frozen. The castle itself imitates the 800-year-old Akershus Fortress in Oslo, drawing on its brick patterns and ancient stone stairways to create a royal feel in the snowy city. Castle interiors--where Elsa was holed up in her bedroom while Anna sang at the doorway--draw from the 1778 royal residence of Stiftsgården in Trondheim, Norway. The fictional town of Arendelle is itself modeled after UNESCO World Heritage Site Bryggen in Bergen, Norway, the only preserved (and still functioning) business district from the Hanseatic period. Read more: Places in Norway That Inspired Disney's Frozen 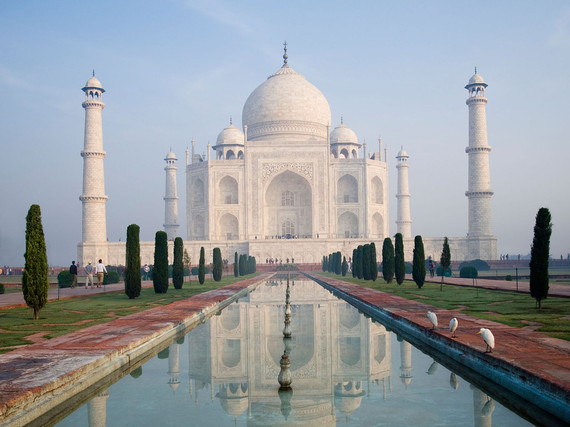 While Agrabah--a city of "mystery and enchantment"--is meant to be located near the Jordan River, the Sultan's palace at the center of the Aladdin's action bears more than a passing resemblance to the Taj Mahal in Agra, India. The Taj Mahal itself is not actually a palace, but rather a tomb for a sultan's wife--which makes sense, since the Sultan of Agrabah in the film is himself a widower, while Jasmine, the film's heroine, views the palace as a sort of prison.

More:
traveldisneyMovies
Newsletter Sign Up
An essential daily guide to achieving the good life
Subscribe to our lifestyle email.
Successfully Subscribed!
Realness delivered to your inbox