Monaco, the tiny principality ruled by the Grimaldi family since 1297, is often called a playground for the rich and famous. With its enviable location on the French Riviera (a half hour drive, or a seven minute helicopter ride, from Nice), temperate weather and concentration of luxury hotels and designer shops, it's not hard to see why. It also has the added cache of having a royal family, headed by Prince Albert and his glamorous South African wife Charlene Wittstock. And while the principality is always on the radar of billionaires, oligarchs, sports and film stars -- especially in Monte Carlo -- you don't need a mega-yacht to enter. Take a day trip, stop in on a cruise ship, or even stay a few nights. Now that it's the off-season, you'll find surprisingly good hotel deals, not to mention some new additions and renovations of iconic attractions and properties.

If you've never been, now's the time to go. 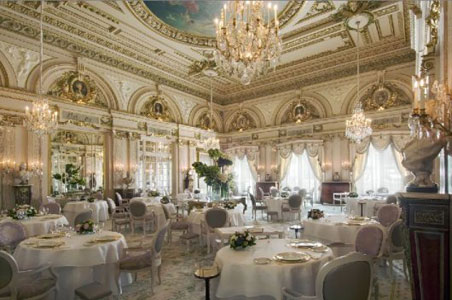 1. Located in the Hotel de Paris, Le Louis XV is Alain Ducasse's three Michelin-starred restaurant which just happens to be celebrating its 25th anniversary with special menus. Dinner might include sea bass with artichokes or roasted Pyrenean lamb, and during the weekend of November 16-18, the restaurant will welcome some of the world's top chefs including Joel Robuchon, Rene Redzepi, and David Chang to share culinary ideas and partake in a gala dinner. 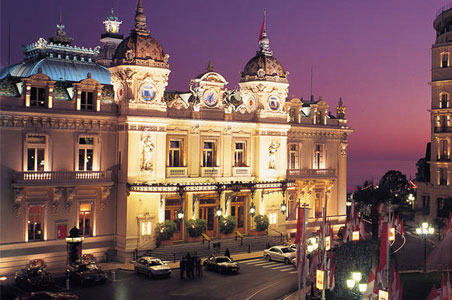 2. A trip to Monaco would not be complete without a visit to the famous Casino de Monte Carlo housed in a beautiful Belle Époque building designed by Parisian architect Charles Garnier. The elegant salons, adorned with gilt-framed paintings, mahogany-paneled walls, and crystal chandeliers are fresh from a major renovation. New additions include an outdoor gaming area and a swanky cocktail lounge with an eye-catching mosaic tiled bar.

3. It's never too early to book tickets for Monaco's two biggest social events--the Monaco Grand Prix (May 23-26, 2013) where Formula 1 racecars zoom along the winding streets at top speeds (spectators watch from various grandstands and terraces) and the Monaco Yacht Show (Sept. 25-28, 2013), a prestigious boat show with some 500 companies exhibiting the newest mega-yachts on the market--and throwing plenty of parties!

4. This November, the 146-room Hotel Metropole, just off Place du Casino, will reopen its renovated ESPA with a new ancient Greek-inspired treatment menu and next spring, the hotel will unveil its much-anticipated redesign of all its public areas by Karl Lagerfield. The iconic fashion designer will be re-imagining include the swimming pool, the terrace, and the gardens as well as designing a new restaurant from Michelin-starred chef Joel Robuchon.

5. For such a small place, Monaco has a vibrant nightlife. Much of it revolves around Jimmy'z, the world-famous nightclub that attracts everyone from Bono to George Clooney. It has just moved from its summer location at the Sporting Monte Carlo complex to its winter home on the Place du Casino but you can still expect over-the-top scenes--and prices. Buddha Bar, a branch of the Paris restaurant, is another hotspot. 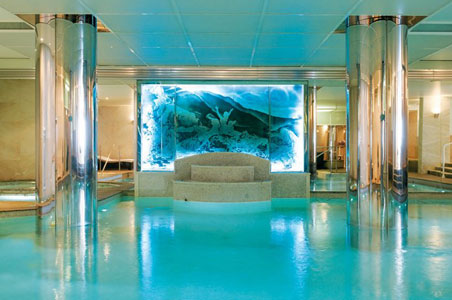 6. Gaining popularity among spa-goers is thalassotherapy (the use of seawater to revitalize and remineralize the body) and the Thermes Marin Spa, a four-story spa with Mediterranean views is one of the leaders in the field. In addition to its heated marine pools for soaking, its vast treatment menu features hydro-massage algae baths, sea-peels with salt from the Dead Sea, and therapeutic mud wraps followed by deep tissue massages.

7. Back at the Hotel de Paris, the principality's grandest hotel also has one of the world's most storied wine cellars. Dating from 1874, the collection, overseen by head sommelier Patrice Frank, holds an astonishing 450,000 bottles, 98 percent of which are French. There are 55 types of Champagne (during the Grand Prix they sell close to 2,000 bottles). Recently introduced is an intimate cellar dining area for candlelight dinners and/or wine tastings.

8. While Monaco is full of glitz and glamour, visitors are often surprised by the laid-back vibe found in Monaco-Ville or the Old City, on a high promontory called the Rock. This is where you'll find the Prince's Palace, Prince Albert's official residence (open for tours), and St. Nicholas Cathedral where Princess Grace is buried. Stroll its charming narrow cobbled streets, stopping at a café for the Monegasque specialty of barbajuans (small spinach-and-cheese stuffed fried pastries).