Mention Zimbabwe to even the most adventurous traveler and the country's image problem becomes apparent from the outset. The two things people most associate with it are Mugabe and hyperinflation.

There's no denying that the country's political turmoil and economic woes did lessen its bucket-list appeal in recent decades, but Zimbabwe is back.
And by this, I mean it's ready to reclaim its title as a premier safari destination and tourism magnet for adventurers worldwide. 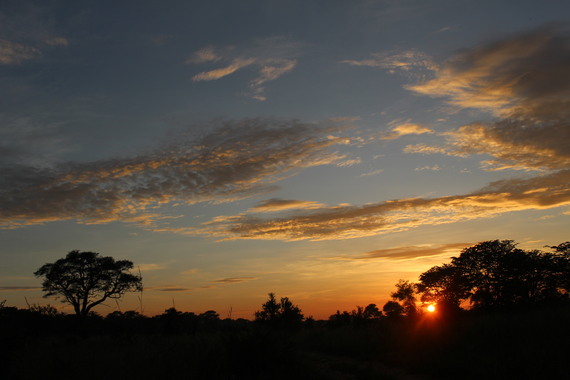 The country is at the perfect point whereby it's increasingly sophisticated (the capital is all tree-lined boulevards and lively eateries, if you know where to look) but is still very much hidden gem territory.
Yet to be discovered by the masses, there's a safari scene which is pretty much unparalleled, stunning natural beauty all over and locals whose kindness make any trip there unforgettable.

My recent trip to Zimbabwe with Sikeleli Africa Safaris, a company with long-standing roots in the country, expertly introduced me to the country's delights.

Here are eight reasons why you will, can and should visit Zimbabwe too... 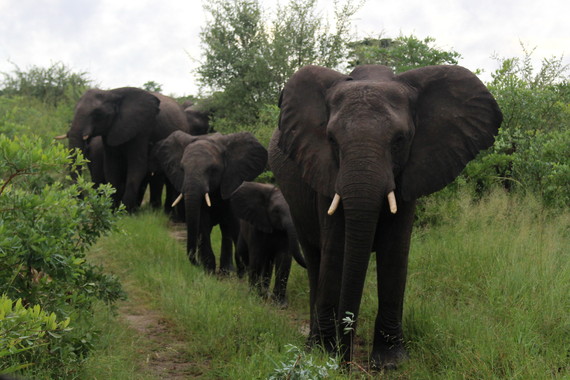 Safari Exclusivity
The 21st century started with obstacles aplenty for the Southern African country. When inflation hit its peak at 89.7 sextillion per cent in 2008, a single egg could cost over a billion dollars. And that's assuming you could find one. Since the US dollar was adopted, however, the country's 14 million people have begun to recover their livelihoods.

Since then, Zimbabwe's tourism sector has grown in popularity. The past five years or so has seen many travelers returning to the country, or experiencing its marvels for the first time (myself included).
Despite this, it remains a peaceful place in which to safari. Unlike certain spots in surrounding countries, you'll never find masses of people or vehicles crowding round wildlife or heritage sites. It's considered an exclusive place to travel - be in the know and give it a go.

You don't even have to seek out wildlife - it's quite literally on your doorstep. The anecdotes are endless: the herd of elephants that visited me when reading on Linkwasha's deck, the zebras snacking a mere metre from my bath tub in Somalisa and Cecil the Lion's pride strolling past my tent in Davison's camp.

You'll see 'the Big Five' (lion, elephant, buffalo, rhinoceros and leopard), but you'll see so much more too. The country is also renowned for its birdlife, with more than 600 species recorded countrywide.
Even in rainy season when I was there (roughly November to March), spotting different species was not a problem - the diversity and volume of wildlife is outstanding. 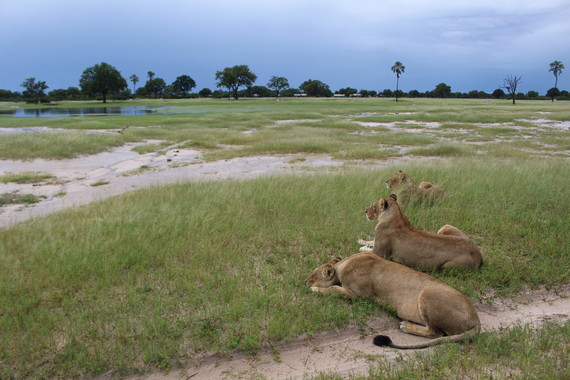 Sincere Hospitality
The country may have some of the greatest and most varied animals, but the people are worth more than a mention too. Though Zimbabwe has been on the 'safari map' for over 150 years, the hospitality there is truly timeless. Never in my life had I been greeted with so many warm handshakes than when in Zim, in addition to the most genuine customer service.

It is no exaggeration to say that I was blown away by the niceness, especially since people had faced so much hardship yet had such open hearts. Whether chatting with a game guide over dinner at Miombo or gossiping with waitresses at Victoria Falls Hotel, staff and locals were always respectful and kind. And speaking from experience that's not always something you can take for granted as a solo, female traveler.

Value for Money
Something else you can't take for granted? That a safari won't bankrupt you. There's no doubt that the safari experience is pricier than backpacking Asia or hostel-hopping round Europe. But, Zimbabwe comes out on top compared with the safari competition.

Sikeleli Safaris crunched the numbers for me and it turns out that a safari in Zimbabwe is one-third of the price of Zambia and one-sixth of the price of Botswana. It's little wonder that Zim has gone from add-on destination to one in its own right - quicker than you can say 'Mugabe's still alive?!'

Oh, and most safari camps provide all-inclusive food and drink (yes, that means alcohol too). The standard of this is excellent. Every camp I visited offered incredible delicacies, Vintage managing this without even the aid of running water! 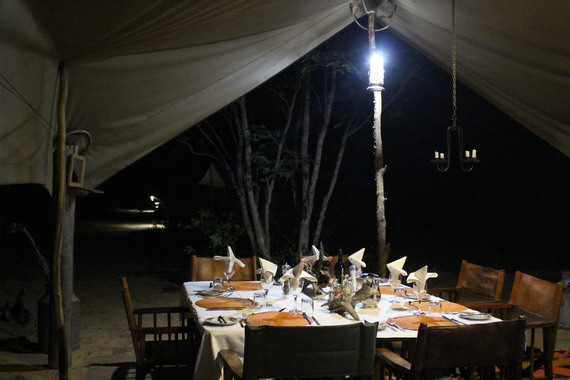 Quality Guides
If you can tear yourself away from the food, you'll find yourself overwhelmed by the amount of knowledge you can obtain on safari, thanks to the most extraordinary guides. It is well-known in Southern Africa that the Zimbabwe Guides Licence is not just the most difficult to get, but also the most thorough in terms of training. It teaches everything from Latin plant names to hundreds of bird types to a gracious manner in which to host guests.

I can safely say that every game driver I had the pleasure of exploring with was impressive. Particular shout-outs to Peter in Somalisa and Buli in Linkwasha, as well as to walking guide Roy Aylward (of Wild Walks). It's even more difficult to become a walking guide than a driving one, so it's hard to express the expertise on display.

World Class Accommodation
So, with praise being doled out left, right and centre it's time to discuss the quality of accommodation itself. There really is something for everyone - from adorable B&Bs in Harare (thanks, Ridgeway House) to exceptional Edwardian-style hotels overlooking the Falls.

Refurbishment is the word of the moment, with Five-Star group 'Legacy Hotels' having taken over the management of previously run-down properties. Meanwhile, luxury safari camps Somalisa and Linkwasha have both undergone recent renovation.

Overall, standards are exceptionally high - whether at a homely mid-range camp like Miombo or Davison's, or at a honeymooner's paradise like Vic Falls Safari Suites or The Elephant Camp. 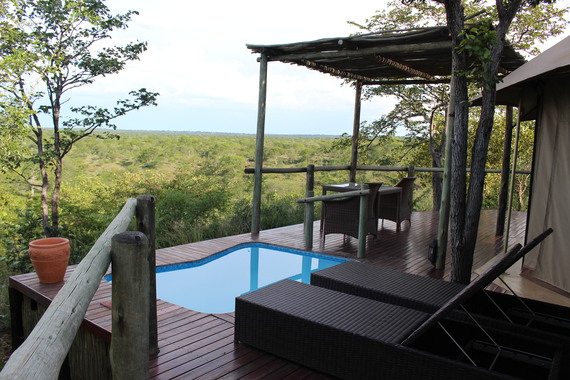 Culture and Heritage
It's not just the safari scene that's of interest to tourists, however. The country boasts historical areas of monumental importance. Case in point: the ruined city of Great Zimbabwe, the remains of which, founded in the 11th century, are breath-taking. The burial site of Cecil John Rhodes is in Matobo National Park where one can also find Africa's largest collection of rock art, dating back over 3,000 years.

But you don't even have to travel far to get your fix of culture. Local historians, such as the fantastic Mark Geraghty, can pop to your hotel in Vic Falls, and explain Livingstone's explorations and the country's history. Meanwhile, just over the border in Zambia, Peter Jones (owner of The River Club) specialises in fascinating 'Jewish tours' of the surrounding area.

The Victoria Falls
We couldn't discuss Zimbabwe's wonders without discussing one of the natural wonders of the world itself: the mighty Victoria Falls. One of the largest waterfalls in the world, the magnificent body of water cascading over the Batoka Gorge is just spectacular. As a UNESCO World Heritage Site and incredibly multipurpose attraction, the activity possibilities are endless.

My personal favourite is viewing the falls from above - awe-inspiring Bonisair helicopter rides help you do just that. But however you end up seeing or experiencing 'The Smoke That Thunders' be rest assured it'll stay with you for life. 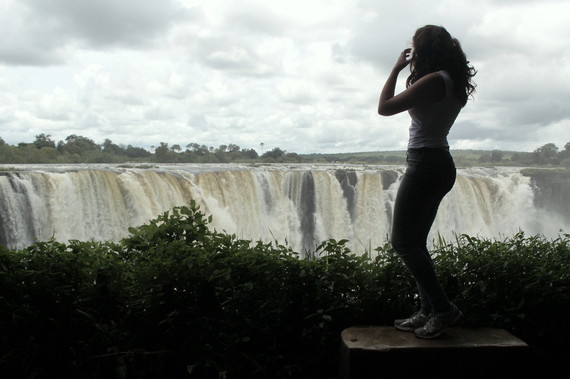 Zimbabwe is safe, it's beautiful and it's increasingly ready to show off just how much it has to offer.

Take it up on that offer and you won't be disappointed. 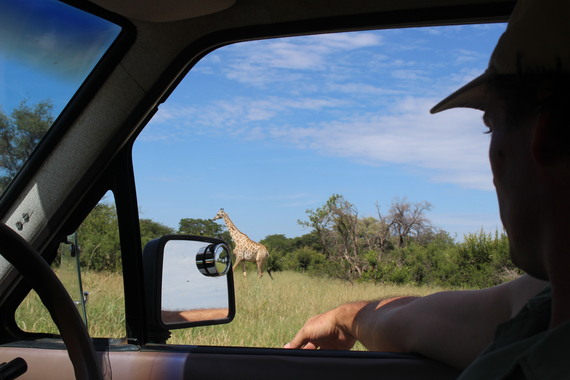