At the very worst, from a Nicholas Sparks novel but I'm pretty sure you also know love: it stirs everything, it's addictive and if you've ever felt it, even for a moment, you'll keep chasing the feeling whether the same will repeat itself or not. They say 'I'm in love' and they might just have labelled chasing an illusion, which will alternatively lead to happiness and fear - since it might come to an end any time and then what's left? 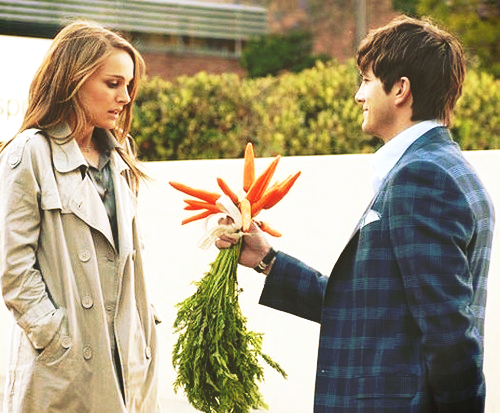 How many times have you heard stories about somebody meeting the man of their dreams but when you ask them to tell more about him, their voice lowers and say 'Are you kidding me? It's over. We can't be together'. Why do two people decide on a 'no strings attached' scenario instead of descending into the unknown...? Here are the most common reasons.

Yeah, this is exactly why you've found each other and why you're so happy together. Maybe too happy. This is when the 'chase him away in time' alarm goes off and you stop at nothing to stay in your little world you know so well. Alone. You're afraid that he'll mess up everything and might leave you alone as others did before. So you look for an escape route and slip out of the concert. Only that you can't get too far - everybody has to face the music.

I could go on for days listing how many women found happiness with a younger man. Get to know him, spend time together, listen to him and talk to him about things that are important for you. If you feel happy with him, by no means write him off just because he's a few years younger than you. Sure, the question 'what will others think' will arise - but think it over: when was the last time you cared about what others think? Not to mention that he might give you a part of the world that nobody else before.

Scary, isn't it? It's like looking in a mirror. Men like these don't accidentally step into your life. They make you face your deficiencies and fears by making you look at yourself from outside and amplify the things you try to keep hidden deep inside. You might decide to escape but let me tell you something: if you refuse one, another one will come - and always remember, life will keep giving you a hard time if you try to get away.

Frightening, I believe that. After so many months - even years - of being alone he's come and you feel awake. There's finally someone who can understand everything that no one else could. He's sitting right in front of you and all you can think is where he's been all your life. A thought crosses your mind which last occurred to you while watching a Nicholas Sparks movie: 'A man like this can come into my life, too'. Why else would you watch movies like this: you want hope and to see that it would work out even for you. Then you experience it and start fearing of what if it won't last forever? What if he won't love you? What if you won't be enough for him? What if he'll also disappear?

It reminds me of the last one, who announced overnight that it was over. You perfectly know what a man like this takes: he may disappear or have second thoughts any time and then you're left alone. What you leave out of the equation is that you're just as uncontrollable as him. It doesn't even enter your mind to simply enjoy the whole thing; you immediately overcomplicate.

Meeting him triggers fierce resistance and determined opposition. You come up with a complete list of excuses however, there's only one thing behind the never ending 'why I can't'-s: you're afraid - of too many things. What if, for once in your life, you gave someone a chance? A partner can make your life easier and more beautiful - just like you can make his.

Sure.
It's good to be alone - for a while.
Safe - but boring.
Predictable.

I could go on pages describing why it's good to be alone but I could go just as long why it's better to have a partner by your side who you can rely on - and I'm not talking only about a list including the 'he can open a bag for me in the shop' point. There's just one little thing: only then can you make a good decision if you know yourself and your values and if you have an established life - since you'll really never be alone. You might be left alone, they might vanish from your life if they have second thoughts, the damage done still won't be so considerable because you were and have been complete without them too.

You can't manage him. No, if you don't get blinded. No, if you choose the right partner.
But for this, you'll have to become the right partner. You shouldn't begin a relationship, because
- it's been so long and now it's time, not because
- you need someone in your bed, not because
- you're addicted to relationships and like having someone beside you,
... but because you've found someone who makes it all better - better than alone.