When my husband and four year old went to the shelter to adopt a dog, never in a million years did I think it would be a pit bull. Honestly, it didn't even cross my mind. I mean ... pit bulls. Shudder.

I was one of those people -- the ones who believed the media hype about pit bulls even though I had never known anyone with a pit bull, let alone anyone who had been hurt by one. But I still believed what I had been fed: These weren't family dogs.

When the shelter called to ask me some questions, I was busy working.

"Are you OK with your husband adopting an American Pit Bull Terrier?" she asked.

"If that's what they chose," I said, not even giving the question a second thought. I had just watched the video my husband sent me of a black puppy in the play yard jumping on my daughter and giving her a million kisses while she did that crazy little girl giggle.

Fast forward a few years and now we have two pit bulls. But, just because we adopted pit bulls doesn't mean you should. Here's why. 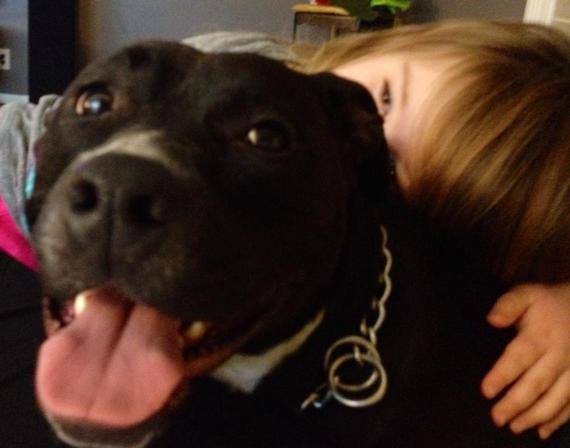 If super happy, loving dogs aren't your thing, then you shouldn't adopt a pit bull. Pit bulls love you. And I mean loooooove you. They want to be with you, near you and on you. And they want to love on you, mostly with big sloppy kisses. So, if hearing your kids giggle with puppy kissing glee is annoying, just pass on this dog.

2. Tongue kissing is not your thing. 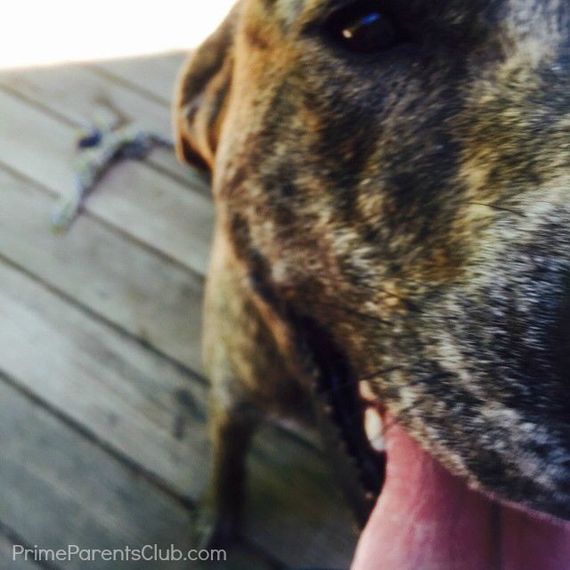 Ok, I'm not going to lie, tongue kissing dogs is not my "thing" either, but my pit bull loves kissing and occasionally that love of kissing makes its way onto your mouth. You've been forewarned. 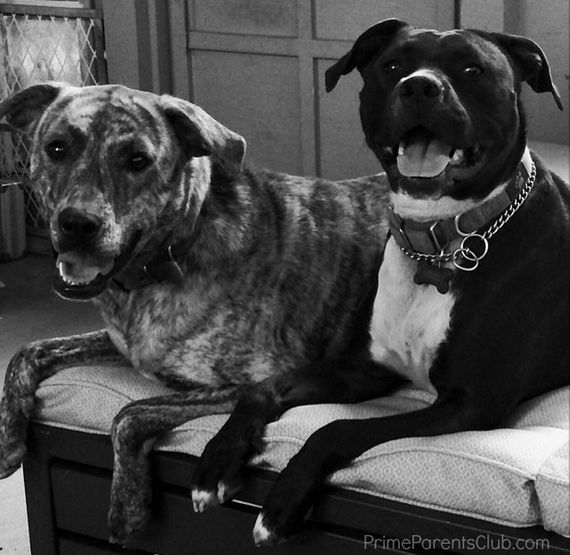 Pit bulls, in general, are not going to be great watch dogs for your house. Instead, many pit bulls will invite the person in, tongue kiss them and then have the person snuggle with them on the couch while watching Family Guy.

When we have a party, we kennel our pit bulls in my office at the front of the house (because see #2). They never even make a peep (even with a million kids running around and screaming). We've even had people who have been to our house over and over say, "Wait, you have dogs?" So, yeah. 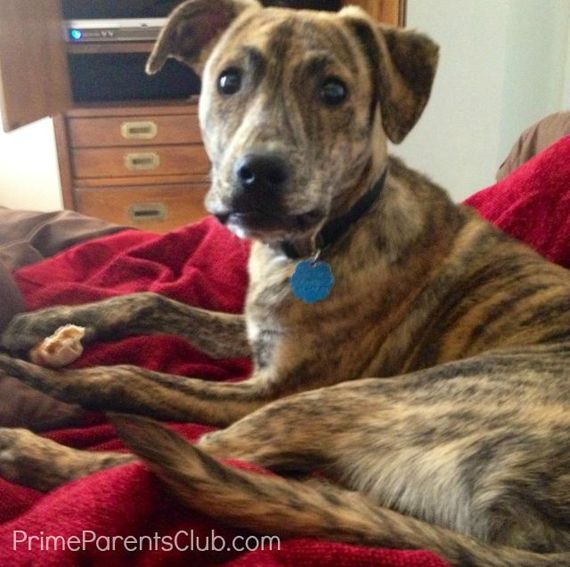 Pit bulls have a lot of energy. And, they play to win. So, if making sure they exercise regularly and playing endless games of fetch or tug interrupts your couch potato-ing, then you should pass on pits.

5. You find 60-pound dogs sitting on your guest's lap embarrassing. 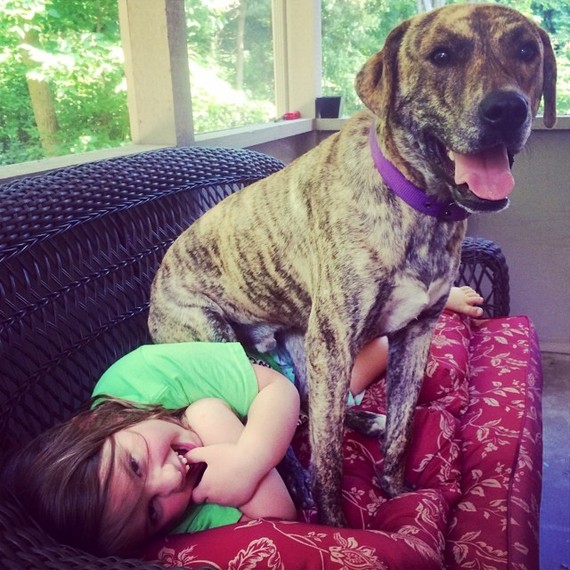 Don't tell them, but some pit bulls think they are micro teacup dogs which means if you (or anyone in your house) sits down, they will try to climb on your lap because duh, they are lap dogs (at least in their mind). And, if they can't get on your lap, they'll just sit on you.

6. Snuggles are not your thing. 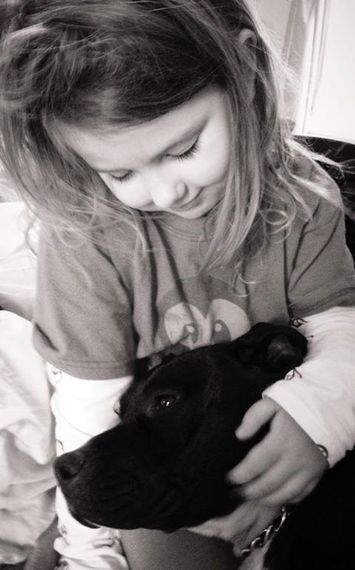 Some pit bulls are super snugglers. In fact, they will snuggle you right off the couch or bed. So, if you don't like being loved by your pet or are annoyed by pets who will settle down with you for a movie or to get warm on a winter day, then pit bulls are wrong for you. 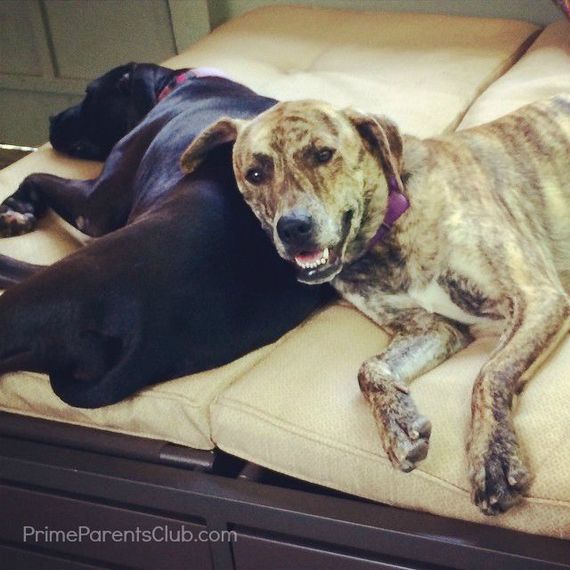 Pit bulls wag with their entire bodies (and, you have to experience it to get it). If you see that non-stop wiggling butt happy to see you and you don't laugh, then you probably don't deserve a pit bull. 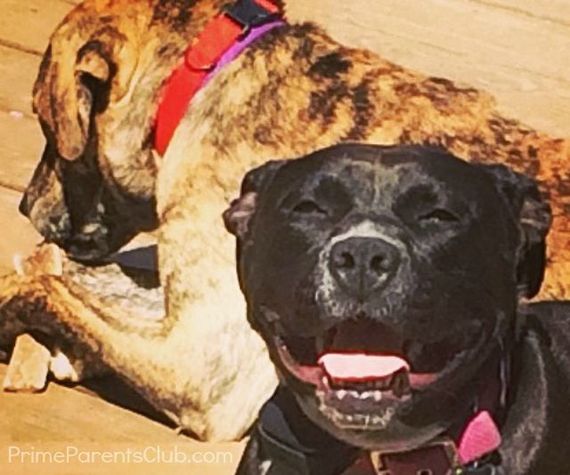 Pit bulls smile. For real. If you think that your dog smiling at you all the time is creepy, then you should probably pass on pitties. (But, really? Who wouldn't love a dog who smiles?)

If you're ready to move forward with a puppy, please (please!) check your local shelter. They are full of amazing dogs -- and many, many pit bulls -- who are waiting to love you!

Follow Jacqueline on Instagram as WritRams, where she shares pics of pitties, a Ninja Attack Cat and other randomness.

A version of this post originally appeared on PrimeParentsClub.com.