Startup Insider got to visit MassChallenge, which is said to be the world's largest startup accelerator. Each year, MassChallenge takes in 128 startups and provides them with resources that allow them to take their startup to the next level. During our visit, we sat down with 8 different startups from this year's batch. These startups were tackling problems in various industries from healthcare and education to art and media to agriculture and food. 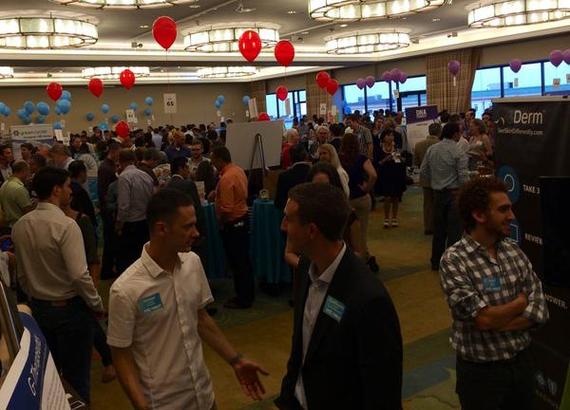 Over 100 startups at the MassChallenge Startup Showcase

Matthew Hirsch, Tom Baran and Daniel Leithinger were all Ph.D. students at the Massachusetts Institute of Technology (MIT) before they ended up meeting at a bar and discussing their research projects. Then they asked the big question, 'what if we combined all our research projects?'

This is where their startup Lumii was born. Lumii has created the first commercial light field glasses-free 3D display engine. They hope to take 3D displays mainstream by replacing optics with software intelligence.

The next founders I got to interview were Saul Gonzalez and Luz Ynfante who came all the way from Latin America to join MassChallenge with their startup Quiro, which uses video game technology and design to deliver realistic and interactive medical training worldwide.

Saul and his first co-founder Robert Valerio had met through the Startup Weekend program, which they ended up winning. Luz then joined the team as well to provide more support in the medical part of the company. This gave them enough momentum to join Wayra, which is one of the top accelerators in Latin America. After finishing that program, they decided to chase the American dream and apply to MassChallenge.

Saul emphasized the importance of the mentors they have gained access to by joining MassChallenge. He shared, "Success is one thing in Latin America and success here is completely different. MassChallenge has opened so many doors for us here." 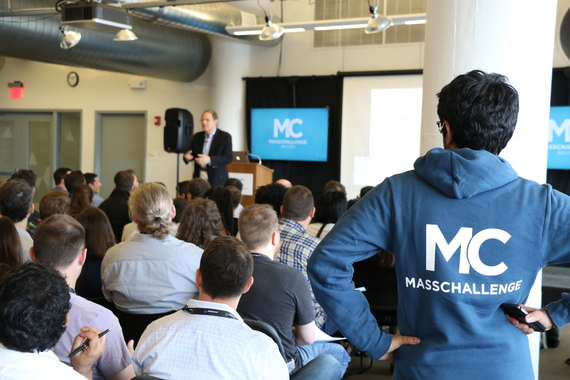 The MassChallenge startups get to hear from mentors and experienced entrepreneurs

Liz Powers had been working with homeless and disabled artists in Boston, running art groups in local women shelters. After noticing how art works in these types of programs were you usually thrown away, she decided that she wanted to help tell the story of these people--this led to the birth of ArtLifting.

Starting out with just four artists, ArtLifting quickly got a lot of traction and press with the artworks of these four artists being sold for thousands of dollars. ArtLifting continues to help artists in these shelter and disability programs showcase their work through their website and exhibitions. Artists receive 55% of each sale.

Powers shared, "The reason why we're able to get so much press is because of our artists' stories. It's just such powerful stories of hope." She gave the example of one of the artists named Frank who was formerly a homeless veteran but was able to overcome these challenges and find himself in art through Artlyfting.

Bringing Data Analytics to the Farming Industry in the US

When you think about the farming industry, you don't really think about disruption and technology, but the rise of big data and Danilo Leao's background in agriculture and business was enough to lead to the start of Bov Control, a data collection and analysis tool that improves performance on meat, milk and genetics production.

Bov Control hopes to utilize data analytics to increase food production and help farmers improve their operations. Bov Control uses technologies like cloud computing and RFIDs to track different factors and data points which are then translated into information that allows these farmers to make better decisions.

While Bov Control initially started out in Brazil, Hannah Raudsepp joined the team this year to help bring Bov Control to the US, which is the second largest commercial herd in the world. 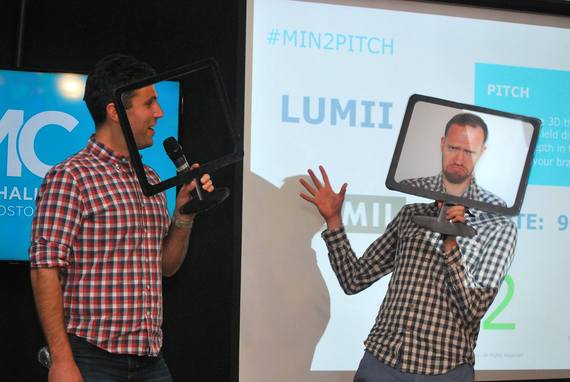 Lumii pitching their startup in the big stage

Hitesh Tolani was going through dental school at the University of Pennsylvania when a lot of his undergrad friends would ask him if they could read their X-rays. He even had friends from Botswana who started asking him for his help. As he started digging deeper into why he had so many friends asking for his help, he realized that first, the increased access to the Internet allowed his friends to send these X-rays to him. But more importantly, telehealth wasn't really being used yet in the dentistry industry.

Hitesh wanted to lead the revolution especially because of the fact that oral healthcare is a growing problem that people don't really care about. He shared, "Oral health care is actually tied to a lot of systemic problems and it's a 250B problem. It's like a silent epidemic."

This revelation led Hitesh to decide to start Virtudent with the help of the Harvard Innovation Lab. Virtudent helps increase access to oral health care through telehealth technologies and pop-up dental clinics

Creating a Support System and Network for Teachers

David Meyers had been in the education sector for the longest time as a teacher, principal, professor and thought leader when he decided to make a slight shift and become a founder and CEO of a startup. The only catch? It's still in the education space.

After seeing the challenges a lot of young teachers face, David decided to create TeachersConnect, which is an online support network that gives new teachers a platform for them to ask urgent questions and get answers from a network of fellow teachers and mentors.

He shared, "A lot of teachers would describe their first year teaching as absolutely overwhelming. A lot of times they also feel isolated and lonely so we want to help them have a support network." TeachersConnect also works with teacher preparation programs, providing these programs with a platform that allows them to continue helping teachers and monitoring their progress. 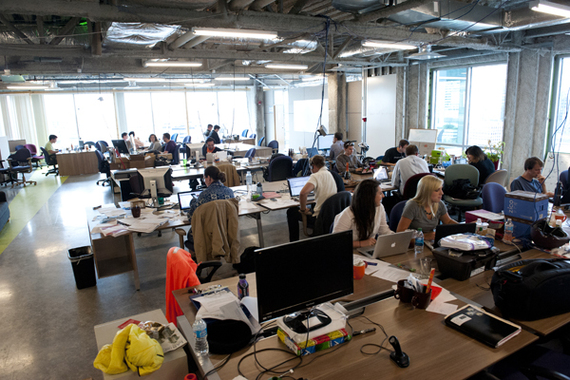 The startups hard at work in the MassChallenge space

A B2B Marketplace for Food Waste

MIT has become a startup hub especially for graduate and post-graduate students working on interesting research problems. This was the same case for Ricky Ashenfelter who was finishing his MBA at the MIT Sloan School of Management where he was concentrating on the cleantech and food industry.

Ricky shared how being at MIT with a full course load actually helped him build out Spoiler Alert. He shared, "I was able to tailor my coursework to something I was passionate about. I knew quite a bit about the food industry but I've learned so much more about how food is distributed and so when I had the opportunity to make a difference and dig deeper, I decided to take the leap and see what would happen."

Financial Education for the 21st Century

Rebecca Liebman was a senior in college when she decided that she wanted to help other people overcome their fear of finance the way she did with the help of her brother who had worked in finance before he decided to join Rebecca in starting LearnLux, a startup that makes online learning tools to teach personal finance skills.

Rebecca's brother and co-founder Michael Liebman was a bank teller at the age of 15 and is still currently attending Bentley University where he majors in Finance. Rebecca and Michael would always have these conversations about finance and they would eventually start a blog talking about finance, entrepreneurship and other things young people don't usually learn in school--this would be the genesis for the idea behind LearnLux.

Rebecca shared, "The challenge is we're creating the product that we wish we had and unlike anything ever created. We're creating educational pedagogy that people want to use because there are so many deterrents so we have to give you a reason to."

Learn more about MassChallenge and how to join their accelerator here.