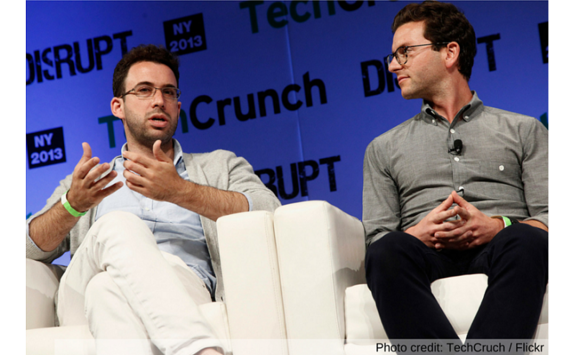 Only 13 percent of millennials report career ambitions of climbing the corporate ladder to become a president or CEO, according to a Bentley University-commissioned survey. By contrast, some two-thirds (66 percent) cite starting their own business as a top goal. Still young and largely free from major lifestyle obligations, millennials are in prime position to pursue new, innovative and self-driven career endeavors.

In spite of dreary jobs forecasts hanging over this youngest generation of workers, the success stories of millennials-turned-millionaires can inspire peers and future generations alike to take the leap into entrepreneurship. Having already carved their own paths to fiscal and entrepreneurial success, these 10 millennial millionaires exemplify the enormous value and opportunity of self-driven startups.

YouTube sensation Michelle Phan leveraged her popularity to co-found Ipsy, a make-up subscription company with $120 million in annual sales, according to Entrepreneur. With more than 100,000 new subscribers joining every month, the publication points out that Ipsy is giving rival Birchbox a run for its money.

But Phan isn't stopping there. As an entrepreneur with a passion for creative content and her loyal community of followers, she continues to use her success and entrepreneurial skill set to dive into new ventures, including the new premium lifestyle network ICON and music publishing company Shift Music Group.

Featured on Forbes' 30 Under 30, 28-year-old Michelle Phan's net worth is an estimated $3 million, reports CelebrityNetWorth.

Nineteen-year-old Nick D'Aloisio founded the mobile news summarization app, Summly, selling it to Yahoo for $30 million at the age of 17. As one of the youngest self-made millionaires of all time, D'Aloisio is now studying at Oxford while building out the former Summly into today's Yahoo News Digest.

D'Aloisio's interest in mobile technology was sparked after downloading apps on the iPhone. Wanting to build apps of his own, he taught himself to code. Today, D'Aloisio is at the forefront of app development, receiving the prestigious Apple Design Award for his work on Yahoo News Digest in 2014 and optimizing the platform for the new Apple Watch.

Nick D'Aloisio's net worth is about $30 million, according to CelebrityNetWorth, D'Aloisio was able to raise $1.23 million from A-listers such as Ashton Kutcher, Yoko Ono and Rupert Murdoch.

David Karp's net worth reached $200 million after selling Tumblr to Yahoo for a whopping $1.1 billion in 2013. The high school dropout and minimalistic reportedly used the payday to splurge on a $1.6 million loft in Williamsburg, Brooklyn.

Despite rumors that Cashmore might sell to CNN in 2012, the millennial founder has held onto the company, continuing to serve as CEO. In January, it was announced that Mashable raised $17 million in capital to help fuel its future growth and development plans.

Cashmore was named one of TIME magazine's most influential people in 2012. That year, The New York Times estimated Pete Cashmore's net worth at $95 million -- today those estimates climb closer to $120 million, according to CelebrityNetWorth.

Related: Meet the 9 Millionaires Behind Your Favorite Blogs

At 18 years old, Austin Allison became a licensed real estate agent. Not long after, he revolutionized the industry.

By age 27, Allison had developed dotloop, a comprehensive software built to handle real-estate transactions from offer to close. The platform allows all parties to collaborate on paperwork and contracts in a shared virtual work space or "loop."

Launched in 2009 with $2.7 million in funding from angel investors, the company became profitable in just 18 months, reports Entrepreneur. As of 2012, dotloop's total funding was $10 million. And The New York Times reported in 2014 that dotloop's annual revenue was $10 million to $15 million.

After leaving a job in private equity, Michael Preysman founded online retailer Everlane to provide high quality, low-cost clothing and accessories to shoppers. The unique combination of luxury, value and transparency in pricing and manufacturing practices proved a stand out from other bargain retail competitors, like Gilt and Amazon.

In August, Entrepreneur referred to Preysman as a young (29 years old) millionaire who was able to generate $12 million in revenue for 2013. Preysman has since raised $5 million in venture and angel funding for Everlane and saw the company through a 200 percent growth in 2014, reports Inc.

According to Forbes, Snapchat founders Evan Spiegel and Bobby Murphy have a net worth of $1.5 billion -- each. Fortune reports the social media app, which lets users share photos and chat through their smart devices, is worth $19 billion or more. Recently, Fortune also reported that Snapchat has raised more than $1 billion in funding.

The 25 and 26 year old met when they were undergraduates at Stanford University in 2009 and created the company in July 2011. Since then, Snapchat has increased in popularity. Its user base is reported at 100 million people, with more than 65 million daily active users.

Elizabeth Holmes, 31, surpassed millionaire status, reaching the ranks of billionaire before age 30 with her company Theranos.

Holmes launched Theranos in 2003, dropping out of Stanford University her sophomore year to run the company, which specializes in a painless way to draw and test blood. With faster, cheaper and less painful blood testing, Theranos has the potential to transform the healthcare industry. In 2013, Walgreens announced plans to introduce Theranos wellness centers in its stores.

According to CBS News, Theranos is now valued near $10 billion. As for Elizabeth Holmes, her net worth is so high that Forbes tracks it in real time; at time of writing, her net worth was $4.7 billion. Forbes has also declared Holmes the world's youngest female billionaire.

Keep reading: Ralph Lauren One of 15 Millionaires Who Don't Have College Degrees

This article originally appeared on GOBankingRates.com: 8 Startups That Turned These Millennials Into Millionaires