As Father's Day approaches, dads all over the country are being asked what we want as a gift. Most of us say something along the lines of "I don't need anything because I've got you and the kids and that's all I need."

I'm asking for something this year. Something specific. And I'm not just requesting this gift for myself, but on behalf of involved dads everywhere. Basically, I want you to stop irritating us by saying (mostly unintentionally) stupid, thoughtless and insulting crap that makes us crazy.

Please read this list and take it to heart, because sometimes it's the people we're closest to who are the biggest offenders. The best part is: this gift is free, it'll lower our blood pressure and it'll stop us from secretly hating you every time you open your mouth.

8. "You're SUCH a good dad."
Wait... what? Is he really complaining about people COMPLIMENTING dads? Yes, I am. And I'll tell you why. When I've received this compliment, I've never been doing anything extraordinary. I didn't save my boys from oncoming traffic or rescue them by fending off a rampaging grizzly. I was just out and about with them being a dad. Sometimes I wasn't even alone -- my wife was right there with me. And there's the rub: no one would ever give that compliment to a mom. As a dad seeking to be an equal partner in parenting, that means no special treatment. If you wouldn't compliment a mom just for doing her job as a parent, don't do it for dads, either. We shouldn't get praise simply for doing what we're supposed to do.

7. "Looks like dad dressed the baby."
I'll admit, I don't have what most people would call "fashion sense." I think purple and orange are complementary colors, stripes and plaids go together just fine, and "dressing up" means the jeans with no holes. So when it's my turn to get the baby dressed, I'm much more concerned about simply dressing for the weather than the runway in Milan. It doesn't freaking matter that the kid's pants don't go with the onesie, and matching socks on a baby are a moot point since they take them off anyway. Is the baby warm enough if it's cold? Cool enough if it's hot? Are all the parts that are supposed to be covered, covered? Then mission accomplished. Besides, what kind of weirdo is judging a little kid on his/her fashion sense?

6. "What do you do all day?"
I'm not a stay-at-home dad, but this one is for all the guys who have made the fundamentally awesome decision to raise their kids full-time. The people who ask this question offer it up not out of an insatiable desire to gain insight, but rather as a way to passive-aggressively render judgment. And the answer, according to most of the SAHDs I know, is "more than you think and more than you do" most of the time. Full-time dads are every bit the parents full-time moms are. That means they're cooking meals, changing diapers, doing the laundry and running around with the kids all day. Modern masculinity is changing, so I suggest you start adapting too.

5. "Don't worry, sweetie, Mommy will be back soon."
When I'm out with the kids alone and Will starts whining while Sam throws a fit, it can get ugly. But what makes it even uglier are the people (yes, this has happened multiple times) who come up with a condescending smile and say to my kids, "Ohhhhh, don't worry. Mommy will be back soon." Huh? Are you kidding me?? First of all, kids have tantrums no matter which parent is there. Second, don't tell my kids Mommy will be back when she's not there. Hell, Mommy might not even be in the picture. Maybe I'm a single parent. Maybe I'm gay. The point is, you have no idea what my situation is and when you put your foot in your mouth like that you're apt to choke on it.

4. "You're doing it wrong. Here's how I did it..."
This one stings because a lot of the time, we hear it from our spouses. And sure, sometimes we do the wrong thing. Who hasn't put a diaper or onesie on backwards? But other times -- like with how we're holding the baby or how we choose to discipline -- it seems like the "wrong way" really means not doing it "your way." And that's not cool. Parenting is trial by fire, and eventually we'll figure out what works -- just like you did. But we need that opportunity, and we don't need to be told we're doing it wrong just because we're not doing it the way you do. Let go of the reins a little, and you might find dads come up with an even better method or idea.

3. "Oh my. You're brave."
Again, this is said to me simply because I'm a dad out with my two kids. And to be fair, it's usually uttered by someone older who is part of a different generation. But still, it's not like I'm out fighting in a battle or traversing a field of land mines with my kids. I'm just shopping at Target. Are moms "brave" for taking their kids on errands? Of course not. You expect that from moms. So if you're not willing to pin a medal of honor on mom simply for being a parent and going grocery shopping, don't bother with one for dad, either.

2. "Oh look at you playing Mr. Mom today."
Calling dads "Mr. Mom" is a cardinal sin in the dad world, and when you say it to an involved father, you're taking a metaphorical dump all over him. Fatherhood isn't a version of motherhood, and dads aren't playing the part of a mom. That implies parenting is some sort of women's work -- and we're not having that. In fact, the number of stay-at-home dads has doubled in the last quarter-century, and even dads who work outside the home are focusing more on work/life balance because there's a renewed focus on shared parenting and being present. That's why, as articles like this one point out, it's time to retire an antiquated term that is harmful to both dads and moms.

1. "Dad must be babysitting today, huh?"
If you follow only one of these pieces of advice, make it this one. Please, for the love of all things holy, stop referring to fathers as babysitters. YOU CAN'T BABYSIT YOUR OWN KIDS!!! We're fathers, not paid caretakers. People would never look at a mom with her kids and ask if she was babysitting. Yet when a dad is out with his kids, so many people automatically and without thinking about it call it babysitting. Hell, even some dads refer to it that way because it's so accepted. So just remember -- dads don't babysit. Ever. 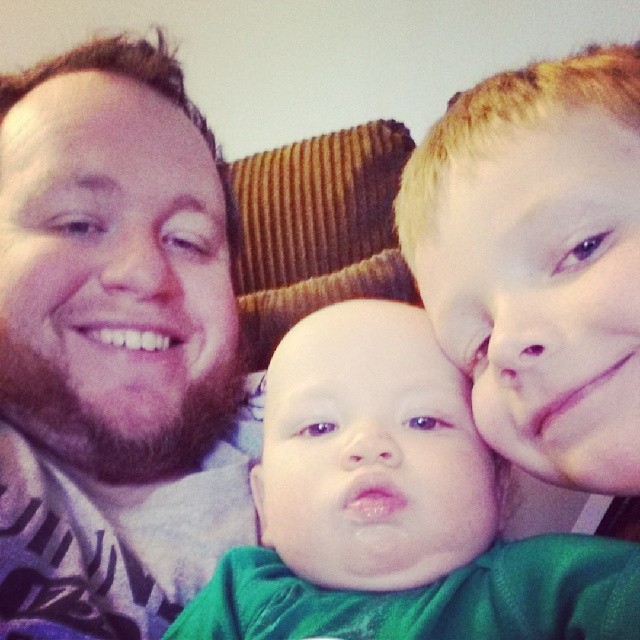 Did I miss any?