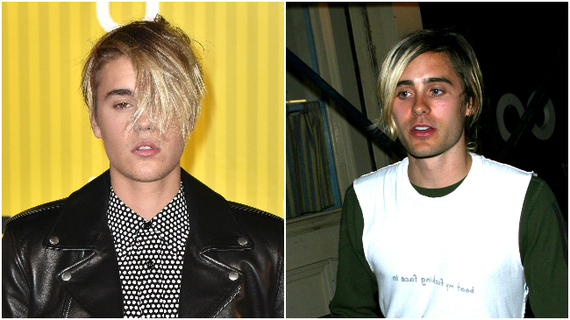 When Justin Bieber arrived on the MTV VMA red carpet with a dramatic new 'do, he made it clear that his experimental phase is far from over. The musician, who went platinum, (and yes we mean blonde), last year, has come a long way since his bowl-cut days, but why stop now? Another head-turner that night was Jared Leto who is thinking pink. After seeing the two men side-by-side, and dipping into the archives, there seems to be quite an overlap. Is Justin following in Jared's footsteps? Are they the Obi-Wan and Luke of man buns? We'll have to wait and see. But here's proof that they've been twinning all along.

Above, Justin Bieber at the 2015 MTV Video Music Awards and Jared Leto in 2002 wearing a shirt that reads: "Beat my fucking face in." 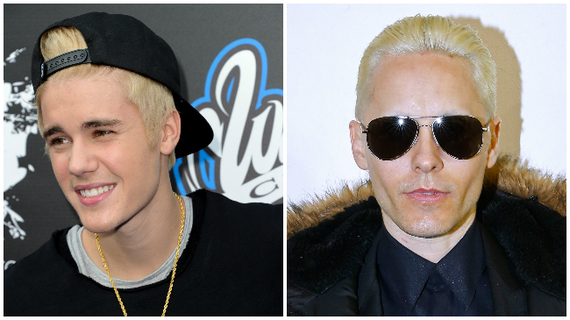 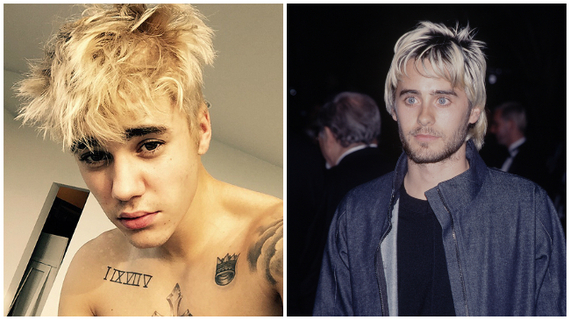 Justin let his roots grow out. Which Jared did once before in the '90s. 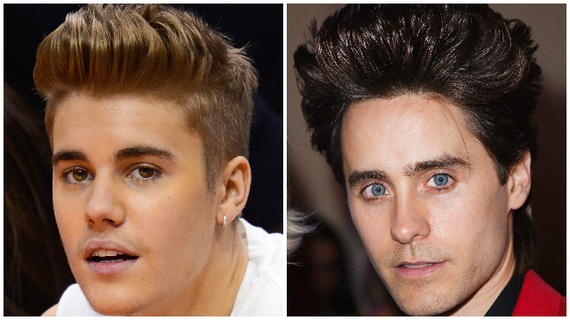 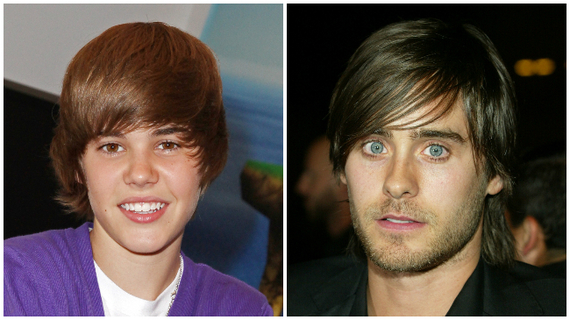 Young Justin in 2009. Jared with a grown-up version of Justin's bowl cut. 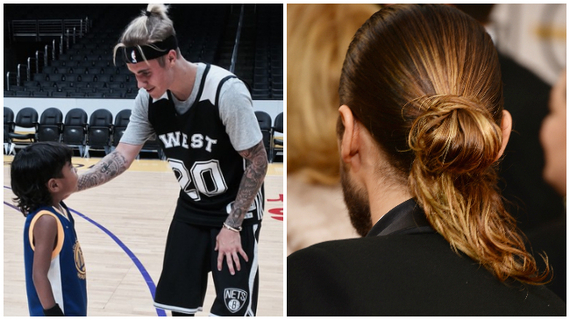 Justin experimented with a man bun this year at Kanye West's birthday party. A look which Jared Leto made headlines with at the 2014 golden globes. Perhaps a man braid is next for Bieber. 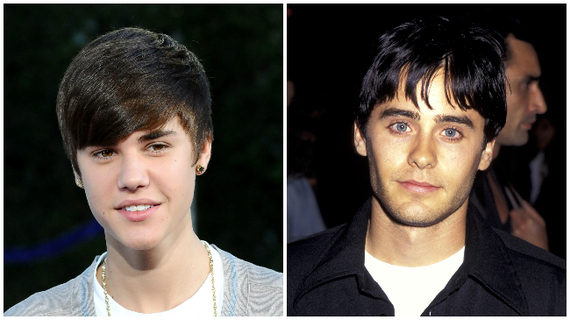 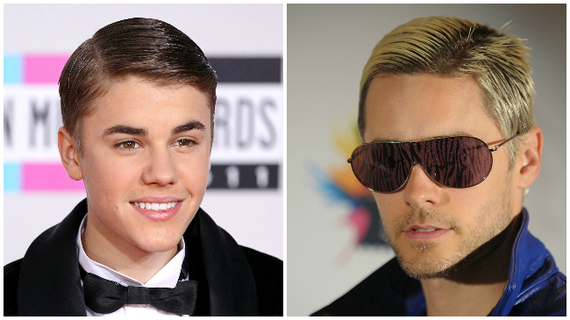 Justin at the 2011 American Music Awards. Jared in 2010 with a similar slicked side part.

Miley Cyrus Parties Like It's 1989 in this Racy Photo Spread