Not only is too-tight underwear generally unflattering (hello, visible bulges and puckering), but it can also promote chafing of the skin and vaginal irritation, especially if you’re post-menopausal. “For women who are menopausal, their vaginal walls tend to be thin,” says Raquel B. Dardik, M.D., clinical associate professor, Department of Obstetrics and Gynecology at NYU Langone Medical Center. From that perspective, any underwear that’s tight enough to rub your skin can result in irritation, she explains. “If your skin doesn’t get irritated, then great — tight underwear won’t hurt you. But if you do get irritated because of friction, then it’s not recommended.”

If your tight undergarment happens to be shapewear, like the popular hip- and tummy-slimming kinds or waist-cinching corsets, you run the risk of health complications beyond your appearance. “If it’s really tight, you could have nerve impingement and decreased circulation,” says Donnica Moore, M.D., a women’s health expert, who speculates that tight girdles and shapers can even produce numbness or tingling in your extremities. Furthermore, shapewear is notoriously difficult to take off. “Shapewear makes it very difficult to go to the bathroom, so when women wear them, they tend to hold it more than they should,” she says.

When it comes to material, experts agree that your personal preference can dictate the fabric—as long as you make sure the crotch is lined with cotton.
“Most of the underwear that’s available is fairly breathable,” says Dr. Dardik. “As long as they have a cotton liner where the vaginal area is, you’ll be fine.” But if you’re looking for optimal underwear conditions, steer clear of synthetic materials, and only wear silk on special occasions. “Silk and synthetic fabrics are not breathable, which increases the risk of moisture being trapped and retained, which can create a yeast or bacterial infection,” says Dr. Moore.

Even if thong underwear is more your granddaughter’s speed than yours, keep this tip in mind: If you have a propensity to get yeast or bacterial infections, thongs will only make things worse. “Thongs can be a unique transport vehicle for bacteria from the back to the front,” says Dr. Moore, referring to the spread of E. coli from the anus to the vaginal area. “There’s a lot of movement with the thongs, sliding back and forth—it doesn’t stay in place,” she says.
Dr. Dardik agrees: “Thong underwear can be more irritating, because it has more contact with vaginal and vulval area, but that doesn’t mean women can’t wear them — you just have to find right type for you,” she says. Meaning, if you like wearing thongs and they don’t cause you discomfort, then go for it. “Just because women become grandmothers, it doesn’t mean they need to wear big ‘granny’ underwear,” she adds.

Most experts are proponents of sleeping in completely the nude — as long as you’re comfortable in your birthday suit. “Though it’s a matter of personal preference, from the perspective of breathing and airing things out, you should sleep without underwear,” says Dr. Moore. For women who are going through menopause, going underwear-less may make even more sense. “The more you wear, the more you have to take off when you get night sweats,” she says. No one wants to linger in cold, wet panties once a hot flash passes.

Mistake #6: “Going commando” during the day

If breathable underwear is good, is wearing no underwear better? In a word: no. “No underwear causes a whole host of other problems, particularly because clothing doesn’t tend to have a liner,” says Dr. Dardik. “For one, if you’re wearing pants, the seam sits right in the vulval area and will constantly be rubbing the area,” which can irritate sensitive tissue. Secondly, the natural moisture produced by the vagina has nowhere to go when you’re not wearing underwear. “If you are wearing dresses or skirts, there’s nothing there to absorb vaginal moisture,” she adds. “Then you can become hot and sweaty down there, which, in itself, can irritate the skin. In theory [no underwear] makes sense, until you think of the details.”

Women and men who tend to sweat should change their underwear regularly — twice a day, as opposed to once a day for people who typically stay dry. And anyone who works out should put on a clean pair of undies as soon as they’re able. “A warm, moist environment is the perfect place for yeast to grow,” says Dr. Moore, who recommends that sweat-prone people invest in underwear made of moisture-wicking material and avoid cotton underwear, which tends to stay wet once it gets wet. “All of these problems are compounded if you have incontinence to any degree — even a drop or two,” says Dr. Moore. “When you work out, you can try wearing a panty liner. That way, if you’re not in a position to change underwear, at least you can change the panty liner or take it off.”

Have unexplained itching in an uncomfortable place? Even if you don’t consider yourself to have sensitive skin, your vaginal area may disagree. “Another common irritation is a form of contact dermatitis,” says Dr. Moore. “The No. 1 cause of that is your laundry detergent. The tissues that your panties come in to contact with are a lot more sensitive than your elbows.” She also identifies dryer sheets as irritation culprits. “Many brands have a very high concentration of perfumes in them,” she continues. “I don’t know why we need our vaginas to smell like a garden, but I recommend that women use hypoallergenic cleaning products as much as possible.” Dr. Dardik concurs, the milder the better.

While you can make mistakes with the undergarments you choose to wear, infection typically isn’t a big concern for women over 50. “The good news about menopause is that your pH changes, making you less likely to get yeast infections and bacterial infections,” says Dr. Dardik.
Smart underwear habits mostly boil down to personal preference, how easily your skin gets irritated, and your propensity for infection. “With all of these questions, it’s not like we have a wealth of double blind placebo trials to rely on,” says Dr. Moore. “It’s mostly conventional wisdom with a little medical thoughtfulness. Vaginal health depends on a lot of factors.”
Read more from Grandparents.com:

7 Surprising Causes of Back Pain 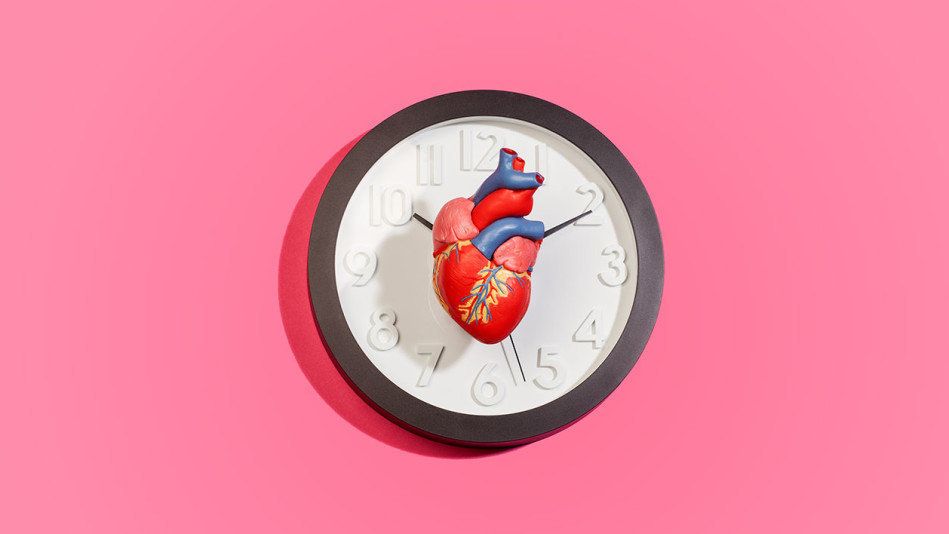 1 / 3
Mistake #1: Still Not Knowing Something Important About Your Heart
Many women know that the symptoms of a heart attack are different for men and women, and yet women under 50 hospitalized for heart attacks are more than twice as likely to die as similarly aged men hospitalized for the same reason, according to research in the <em><a href="http://www.nejm.org/doi/pdf/10.1056/NEJM199907223410401" target="_blank">New England Journal of Medicine</a></em>. And in a different study, researchers found that in a small group of women ages 30 to 55 who'd had a heart attack, <a href="http://circoutcomes.ahajournals.org/content/early/2015/02/24/CIRCOUTCOMES.114.001612.full.pdf+html" target="_blank">many delayed getting help</a> because they thought they were too young to have a heart attack, even when they had risk factors or a family history of heart disease, says Judith Lichtman, PhD, MPH, study author and associate professor of epidemiology at the Yale School of Public Health. <br> <br> <strong>What you can do:</strong> Assess your risk <em>before</em> heart problems happen. &nbsp;
Photo: Rob Prideaux