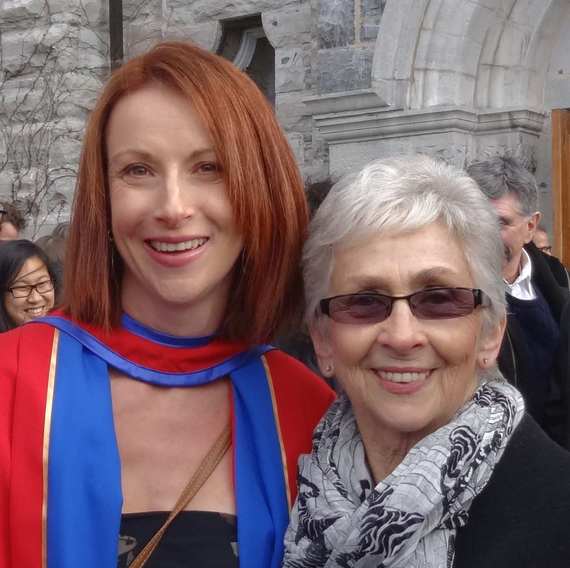 With over a decade of post high school nutrition education under my belt, I've come to understand that there is more to eating well than can be gained from academic study. As a mother who is keen for my two children to develop a positive relationship with food, lately I have spent some time reflecting on the values that my own mother instilled in me. She taught me to:

1. Always Plan Ahead
With a busy household of six individuals my mom was an expert at making sure there was always a balanced meal or snack on hand. There was a specific order to the weeknight dinners: traditional roast on a Sunday, "leftovers" on a Monday, sausages or pork chops on a Tuesday and so on. Armed with a shopping list, she'd go to the grocery store once a week, rarely deviating from the listed items. She baked and cooked in large batches that she would freeze in smaller portions. She'd cut up and store carrot sticks as a grab and go snack. She'd pack our lunches and set the breakfast table the night before, so we could easily "dash and dine" in the morning.

2. Buy Local
In the eighties, locavores were not "a thing," we simply lived in a small rural market town and sourced our food from local suppliers. The "milk man," who happened to be the local dairy farmer, delivered our milk to our doorstep every morning. We'd pick up sacks of potatoes from the potato farm, and trays of eggs from the egg farm. Once a week, the "fishmonger" and "fruit and veg man" would drive their small vans into the cul-de-sac and mom would buy what she needed. Anything else was purchased at the weekly market in the town square or at the supermarket. My favorite is the anecdote where mom was directed to the animal feed store to buy bran for baking!

3. Get Your Hands Dirty 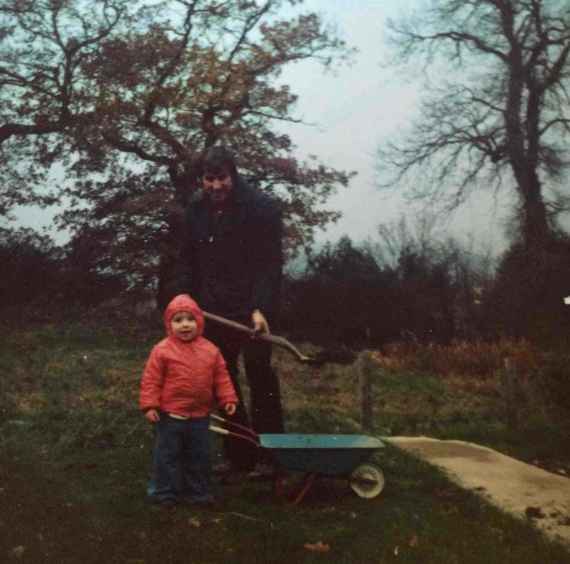 Despite the rocky and poor soil in our backyard, mom kept a small garden. Among other things, she grew herbs, peas, and strawberries. Gardening is a fun, kid-friendly activity and a great way to learn about how food is grown. Although I must admit I think I was much more helpful at the harvesting part than the weeding!

4. Cook Meals at Home
It was only when I started to go on play dates that I discovered the existence of frozen french fries and fish fingers. Although I was familiar with this meal, in our house it involved mom peeling and chopping potatoes, dipping pieces of fresh fish in milk and breadcrumbs, and placing them all in a pan of hot oil. It did not involve opening a packet and placing the contents on a tray in the oven. 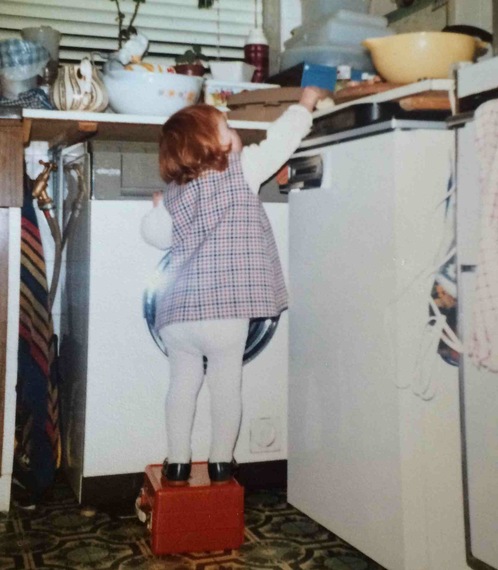 Mom, ever humble, claims that she is not a "fancy" cook, but she did spend a lot of time in the kitchen preparing food from fresh ingredients. For several hours each Saturday she would bake for the week ahead: cookies, muffins, cake, fruit loaf, and pies. She would keep going until every inch of counter space was covered in flour.

5. Eat Together
Only on Saturday evenings were we allowed to eat in front of the TV, every other day we sat together at the dining room table. Mom had an "open door" policy, so more often than not several friends had accepted an impromptu invitation to join for dinner. The meal would start with grace, a brief moment to pause and say thanks. Our conversation covered everything from the events of the day to world news. It was loud, disjointed and probably not highly intellectual but it was still precious family time. In recent years studies have shown that children and teenagers who eat more meals with their parents have higher academic performance and are less likely to partake in destructive behaviors.

6. Slow Down and Chew Your Food
My mom is perhaps the slowest eater in the world! This was a wondrous feat considering the chaos that surrounded her at dinnertime. Everyone had something to do or some place to go, but mom would sit and savor every bite, pausing and placing her cutlery down between each mouthful. Of course, we now know that this is a positive habit, as eating slowly is associated with increased satiety, a reduction in overall caloric intake, and less risk of obesity. 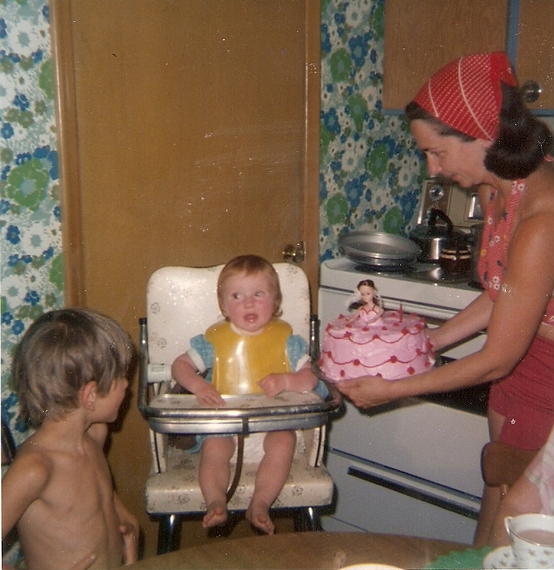 Our evening meal always included dessert. If my mom had not baked something she would offer us ice cream, yogurt or fruit. But the key here was moderation. The portion size were just a fraction of what you would be served in a restaurant, and we felt satisfied with that. We were all active kids and for the most part our diet was low in added sugars and moderate in fat. To this day, I always leave room for dessert, especially if it is one of moms' pies!

8. Reduce Food Waste
My mom was an expert at using every morsel of food in the kitchen. Any "leftovers" were incorporated into a new dish the next day, surplus food like bread or berries were frozen in usable portions, even the dust at the bottom of the cereal boxes was mixed into a batch of muffins. This conservation extended beyond food; vegetable peels were discarded in a compost pit in the backyard, glass jars and plastic cartons were kept as storage containers, and paper boxes were put away for rainy day craft projects.

I once thought my moms traits were old-fashioned, frugal, and even quirky. Now, over three decades later, I see them as progressive, healthy and wise. It turns out that my mom was ahead of the curve. In the last few years, governments and non-profits have convened panels of experts to revise dietary guidelines and develop new policies with the goal of reducing the populations intake of high sugar, high fat processed foods and ensure the sustainability of our food system. Many of the subsequent recommendations have mirrored what I have described here... Perhaps they should have just spoken to my mom!

This post originally appeared in a modified form on the authors' personal blog CoolWetGrass.

Registered dietitian and epidemiologist blogging about family life on the beach in Nicaragua at www.naomicahill.com