Everyone in San Francisco seems to have an opinion on 8 Washington, the massive waterfront luxury condo complex that's been in development for the better part of a decade. Now all those opinions actually get to count for something as opponents of the project turned in the necessary signatures this week to put approval of 8 Washington on the San Francisco ballot.

Activists from anti-8 Washington group No Wall On The Waterfront dropped off 31,373 signatures at City Hall on Thursday. If the department of elections approves 19,405 of those signatures as belonging to legal San Francisco residents, voters will get the opportunity to give the first new high-rise development on the waterfront in a generation their personal thumbs up or down.

Golinger was also the driving force behind the successful, albeit non-binding, June ballot measure to change the funding structure for Coit Tower.

The project, helmed by Australia-born developer Simon Snellgrove's Pacific Waterfront Partners, would demolish the Golden Gateway Swimming and Tennis Club that currently sits on a triangle-shaped, 3.2 acre lot across the Embarcadero from the Ferry Building and erect in its place 134 of the most expensive condominiums in the history of San Francisco, each ranging in price from $2 million all the way up to $10 million.

The complex will also include a nearly 400-space underground parking garage, 20,000 square feet of restaurants and ground-level retails, an aquatic center and a public park.

The project's critics have cited a bevvy of reasons why they oppose the development, ranging from the height of the proposed structure to the destruction of the swimming and tennis club and the necessity of yet another high-end condo complex in the most expensive city in the nation.

"This project is nowhere near where it needs to be for the City and County of San Francisco," Supervisor David Chiu, who voted against the project, told the Chronicle. "For us to ensure that everyone gets to continue to live in San Francisco when we have some of the most expensive condos in the city that are going to be going up and when we have all of the other issues."

The approval of 8 Washington would dump $11 million into the city's affordable hosing fund, which has been decimated in recent years by the end of redevelopment in California and severe cutbacks to affordable housing programs at the federal level.

These funds would be a boon to housing in the city. That's why some housing advocates, such at the San Francisco Housing Action Coalition's Tim Colen, back the development even though the units it directly provides will be well out of reach out the average middle-class San Franciscan. "There's a civic culture here that says change is to be avoided at all costs," Colen told The Huffington Post, "and that makes it difficult to build housing because people will fight the construction tooth and claw."

In the month since the Board of Supervisors approved the deal after a seemingly endless series of marathon meetings with members of the public, 8 Washington's opponents embarked on a well-coordinated signature campaign that gathered well over the required number of supporters in the span of a few short weeks.

In a recent report published on SFAppeal, Chris Roberts revealed that, while the anti-8 Washington effort has the support of a much of San Francisco's progressive establishment, its financial donors are largely private individuals relatively unknown in the world of San Francisco politics.

Threatened by possibility of seeing their development go up smoke, the San Francisco Bay Guardian reported that 8 Washington's backers hired teams of people to surround the signature gatherers and dissuade passersby from talking to them or signing up--a practice that's uncommon but not completely unheard of for contentious ballot measures in the city.

Check out these design specs of what 8 Washington is going to look like (assuming it ever gets built): 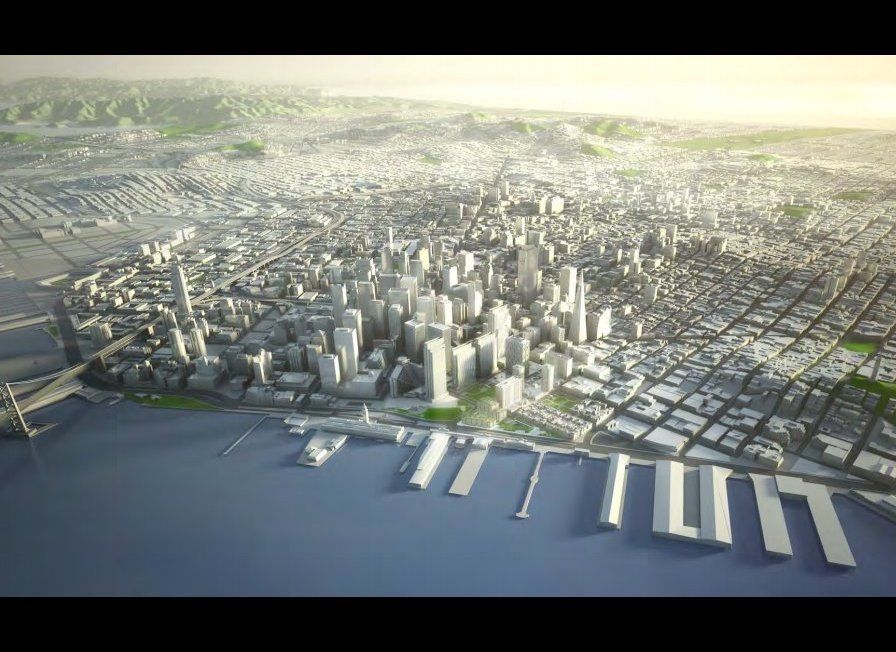