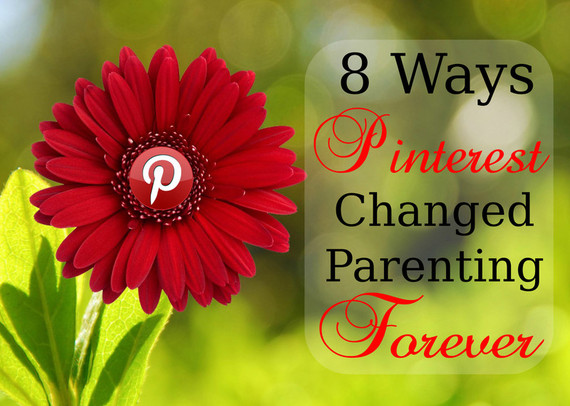 1. Throwing a birthday party is freaking exhausting. Forget playing a simple game of "pin the peg leg on the pirate" at my kid's 6th birthday. Thanks to Pinterest, I know he won't have a happy birthday unless I decorate 10 large cardboard boxes to look like 18th century pirate ships and stage a treasure hunt spanning the entire neighborhood. Each game station must be marked with cardstock printables in coordinating colors and an authentic-looking seaworthy font.

For refreshments, I'd better be using tiered cupcake stands to display the fresh fruit kabobs I've speared with 100 toothpick-sized skull-and-crossbones flags I made myself, right beside the watermelon I've cut up to look like a shark. If I don't, what will the other 6-year-olds at the party think?

Don't even get me started on the props for the pirate photo booth.

2. You have to throw a party to tell me if you're having a boy or a girl. In simpler times, you could call up your BFF from the OB's office after your ultrasound and tell her the gender of your baby.

But what you really need is a gender reveal extravaganza complete with pick and blue refreshments and team games to guess the sex of the baby-to-be. People can only learn the gender when you release a giant box of pink or blue balloons that float up to heaven and later deflate to choke a baby seal.

3. All our parenting advice comes packaged in numbered lists. And it's accompanied by a pinnable cover image (like the one above! I have a disease.)

Just click the stock photo of the happy child, or the grumpy child, or the sleeping child on a clean white background and you'll find THE most important piece of parenting advice you'll ever get.

Can you really live without knowing the 10 things you should never say to your children, the 8 ways to get your kids to listen or the 14 lessons every mother should teach her daughter? I don't think so.

4. Halloween costumes are serious business. When I was a kid, I dressed up as a hobo for three consecutive years. Fingerless gloves, dad's oldest flannel shirt and some dirt smudges on my face and I was a respectable (if not altogether politically correct) bum. At the time, I don't think I appreciated how much work this saved my lucky pre-Pinterest parents.

Yes, I'll often make or buy some elements of my kids' Halloween costumes, but my favorite years are the ones when they take something out of the dress-up box and be that.

Sorry, Pinterest, I love my son, but I don't have the time to fashion an elaborate scuba diver costume out of duct tape hooked up to fake oxygen tanks which are really silver spray-painted two-liter bottles. He can just be a hobo.

5. Complete parenting hack overload. I'm drowning in an ocean of parenting hacks so vast that I will never be able to claw my way out to do something terribly ordinary, like make my kids grilled cheese. I get so stressed out by the "parenting hack" deluge that hits me every time I log onto Pinterest!

What if I don't want to glue magnets on plastics cups to put on the fridge for my kids' drinks? Or cut stickers in half to put inside each pair of their shoes to tell left from right? Or make my own preservative-free sidewalk chalk in deodorant containers so the kids can easily grip and swivel?

I just don't want to do it.

6. Your car has to be organized. The inside of our minivan looks like a compost heap for most of the year, and I don't feel too bad about that -- except for when I get on Pinterest.

According to Pinterest, I need to have a little trash bin for the car, an organized over-the-seat caddy filled with sunscreen and Clorox wipes and each kid should have their own color-coded activity bucket within arm's reach.

But you know what? I like having a messy car. It means that if we're ever stranded for a few days in the desert in our broken-down vehicle, we won't starve to death because there are two pounds of pretzels and Goldfish crackers hidden in them thar seat cushions.

7. Chore time is a lot of hard work -- for parents. It used to be that you could just tell your kids to unload the dishwasher when you wanted a chore done. But those were less enlightened times. How can a child possibly be expected to do her work without an attractive and whimsical chart to remind her?

Here's how to make a Pinterest-worthy chore chart in 5 easy steps.

Step 3: Use a stencil to write out the chores. Painstakingly emboss each letter with glitter.

Step 4: Make a "done" and "not done" column, then buy cute little magnets for the columns at Michael's and spend all afternoon covering them in washi tape.

Step 5: Child still does not unload the dishwasher.

I think you get my drift.

8. You can't just play outside anymore. I love the Little House on the Prairie books because the girls went outside and had a tea party with rocks, leaves and sticks and they had a grand old time. Do kids go outside and just play with sticks anymore? Because it seems like expectations are higher now, at least on Pinterest.

No summertime fun will be had unless you break out the power tools and spend two weeks shopping for and constructing something that's impossible to store over the winter. If you can't build your kids a giant obstacle course out of PVC pipe and pool noodles in the backyard, don't even bother going outside.

Let's not even talk about the mosaic stepping stones I decided would be "fun" to make with the kids that have been sitting half-finished in the basement since last summer. 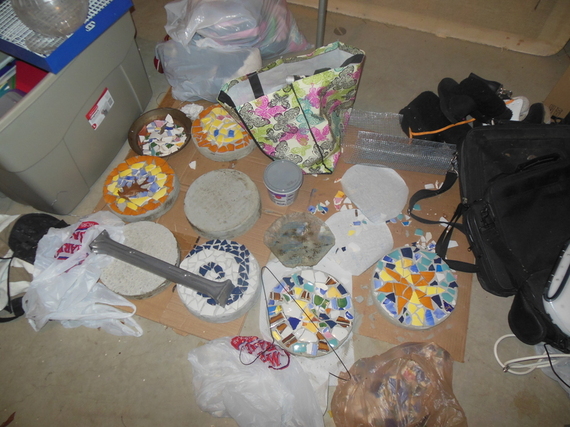 Jenny Evans is a writer, a perfectionist, a night owl and a Mormon mom of five who makes jokes at her own expense and blogs about her messy life with a houseful of kids at Unremarkable Files.

More:
Pinterestperfect mompinterest-failsKidsParenting
Newsletter Sign Up
Raise the kind of person you'd like to know
Subscribe to our parenting newsletter.
Successfully Subscribed!
Realness delivered to your inbox