Nienaber got to practice with his favorite hockey team as part of his involvement with the Children's Wish Foundation of Canada, but he didn't stop at a few stick moves and shots on goal.

Nienaber's sister Cassandra encouraged him to get physical with Wilson from behind the glass at Kettler Capitals Iceplex, according to Comcast SportsNet Washington.

The result? A knockout punch for the little guy.

Nienaber's story makes this the sweetest swing to date. When he was 4 years old, a tumor developed on his forehead and was eventually removed by plastic surgeons. Nienaber was later diagnosed with Langerhans cell histiocytosis, a disease which causes white blood cells to multiply too quickly and damages bones and organs, CBS Sports reports.

Six months of chemotherapy and two years of symptom-free life later, Nienaber's family is glad to have their little slugger back in good health.

8-Year-Old Boy Knocks Out His Cancer, Then An NHL Player (VIDEO)
Where Wishes Come True 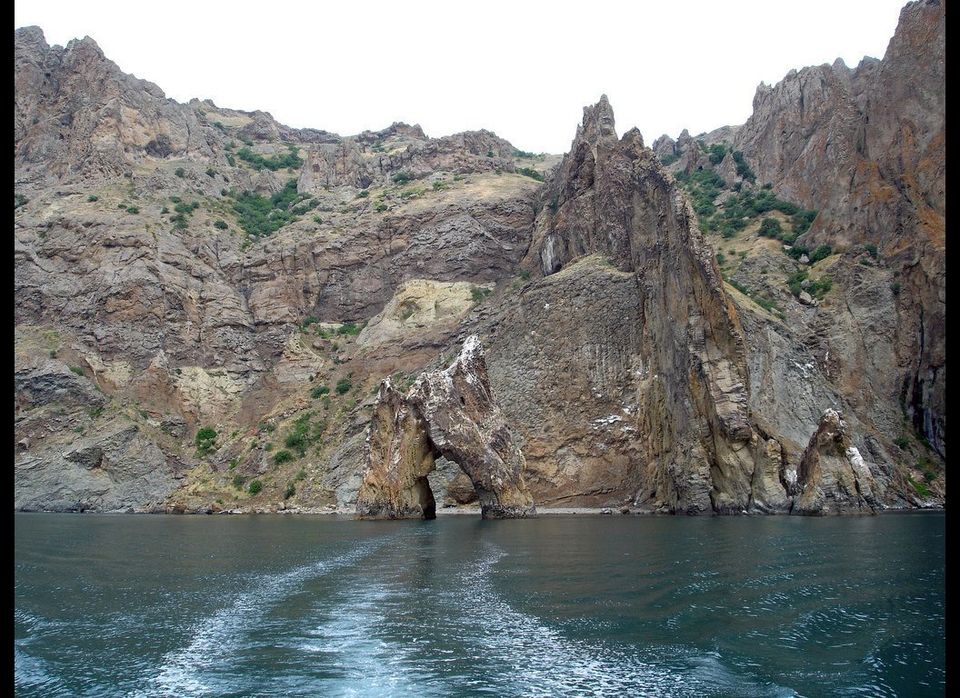 1 / 7
Pass through the arch
Golden Gate is a natural rock arch off the coast of Crimea. Previously it was known as Devil’s Gate, as people believed it led to the underworld. Today, superstition has flipped to the reverse: pass through on a boat and make a wish. Throw a coin to seal the deal. <em>Photo: Fermion, Flickr Creative Commons</em>