Is that... ancient brain matter?

Archaeologists in Norway were excited enough when they unearthed what may be an 8,000-year-old Stone Age skull.

But then, when they took a closer look, they were even more stunned to find what was inside -- possible traces of preserved brain matter.

"Inside it is something rather gray and clay-like," dig site leader Gaute Reitan, excavation director at the University of Oslo's Museum of Cultural History, told the Norwegian Broadcasting Corporation (NRK). "You can just think for yourself what that may be."

The skull was discovered in Stokke, southwest of Oslo, at a site where the archaeologists believe two Stone Age camps once existed. Preliminary analyses of soil samples suggest the skull and other bones found at the site date back to 5,900 B.C. 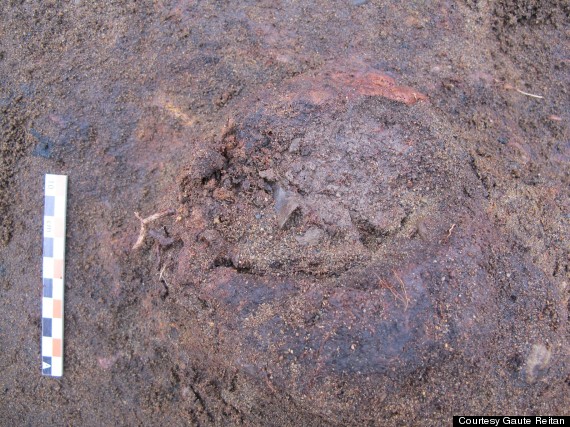 The newfound skull, discovered with what appears to be brain matter inside.

The researchers plan to conduct further testing on the skull to determine whether it belonged to an animal or a human.

If the brain matter is human, it may help shed light on the health and living conditions of people in the Stone Age -- it may also set a new record for the oldest human brain tissue ever found, currently held by a 4000-year-old brain unearthed in Turkey last year. 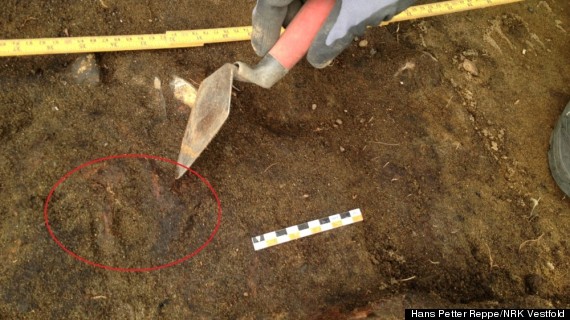 A bone found at the dig site, which the archaeologists believe to be a shoulder bone or hip.

What makes ancient brain matter such a rare find? Brain tissue is difficult to preserve, because it is rich in enzymes that degrade brain cells quickly after death.

According to the Norwegian news site "News in English," Reitan said that it's “the sort of thing archaeologists experience only once in their careers."