For BRIDES, by Sherry Amatenstein, LCSW.

Proposal are always emotional, and when you add in the beach, a beautiful life commitment, and well-thought-out situations, it doesn't get much better than that. Here, nine brides are getting real about how they proposed to their girlfriends. Diamond rings, sunsets and parental blessings — enjoy the romantic stories below!

"I did it the old-fashioned way, asking the parents of my darling Alicia for her hand in marriage. The actual proposing took place in the midst of a party. Most of the people in attendance, even dad, cried with happiness." —Luci

"We'd been living together for 10 years and already felt married. As soon as Prop 8 was struck down by the Supreme Court I turned to Jane and said, 'Will you make me the happiest woman in the world and become my wife?' She said yes and we made it legal the next day." —Ann

See More: The 50 Most Beautiful Wedding Cakes Ever

"Eva was and is a traditionalist so I bought a diamond ring. Since she's a light sleeper I slipped it on her finger in the middle of the night. When we woke up, I asked her to marry me, she saw the ring and, well, we got right down to celebrating!" —Lynn

"While walking on the beach at Big Sur at sunset I got down on one knee and popped the question. The only thing that threatened to mar the magic moment was we were standing really close to the surf and the ring nearly got swept into the ocean by the high tide." —Tami

"I'm a singer who plays at local clubs and Jill is usually front and center when I perform. So I wrote a special song proposal and sang it in front of a SRO crowd made up mostly of friends and family who were in on the secret." —Paula

"It was April in Paris and I popped the question atop the Arc de Triomphe with the Champs Elysees at our feet. I tried to time it so that Beth said 'yes' right before the Eiffel Tower started sparkling with gorgeous evening lights." —Jody

"When we became domestic partners Lisa and I exchanged rings, and when we were legally able to marry we used the same rings engraved with our wedding date!" —Gaby

"It was so thrilling to be able to have our love publicly sanctioned so I proposed at Yankee stadium — arranging beforehand for the stadium's jumbo size screen to declare my love in front of thousands. Everyone cheered, even the ball players. The Yankees lost that night but who cared? I'd won what mattered." —Ellen

The 12 Top Spring Wedding Dress Trends from the Runway 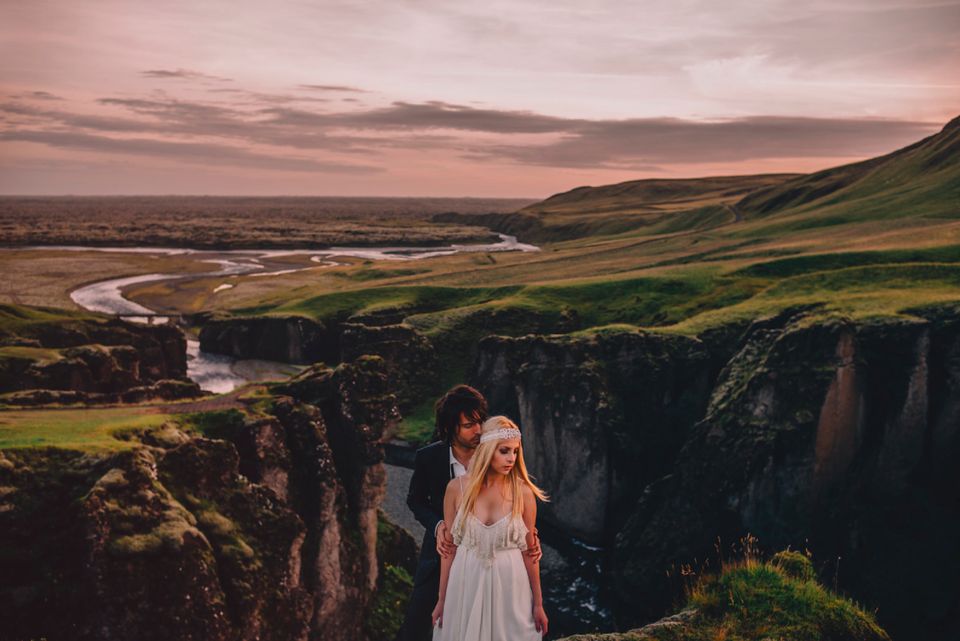