Growing up, I was definitely what you would call a "tomboy." Still am. I love who I am now, but have not always loved the assumptions people made about me when they looked at my clothing or behavior. Here are nine confessions of a lifelong tomboy:

1. I'm not gay.
Let's just go ahead and get this one out of the way. I'm not sexually attracted to women. I know this is a shocker to family and friends alike, and that you probably thought the childhood friend I used to play with every day would end up being my secret lover (I actually had someone tell me that), but it's true, I like boys. And yes, although I did play softball in high school, I am still not gay. Some tomboys are gay and there is absolutely nothing wrong with that, but it is possible to be a tomboy and not be gay. Just like it's possible to play softball and not be gay. 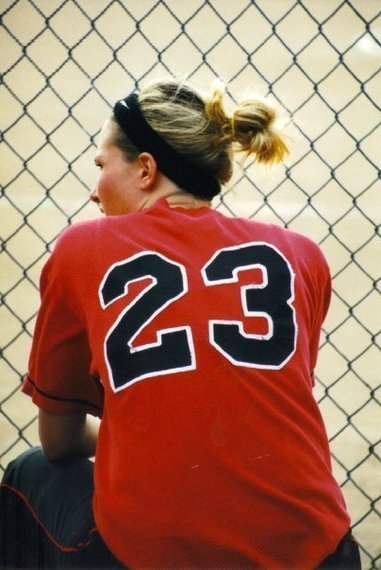 2. I never wanted to be a boy.
This one might confuse people, but it's true and I'll get to the confusing part in a minute. Now don't get me wrong; I would absolutely love to just get out of bed, throw on a t-shirt and jeans and some bomb-ass Jordans and head out the door, but I can't do that. I'm not saying I do much more than that, but unfortunately, there are just things a girl can't go without doing. (Shampoo and conditioner, anyone?)

3. I liked Barbies and baby dolls and playing house.
OK, now this part tends to confuse people. Growing up, I had friends who were girls -- little girls who liked to play with Barbies and baby dolls and play house. In order to get these friends to do what I wanted to do -- like play tag or Nintendo or have races or climb trees -- I would often have to give into what they wanted to do. And if I'm being honest, I actually enjoyed playing with dolls. I mean, getting a Cabbage Patch doll Christmas morning was an absolute must for an '80s child, and I loved it!

But this is where people get confused, so pay attention: I never wanted to be Barbie. I chose Ken every time. Same goes for playing house; I was never the mother or the daughter; I was always the dad or the son. I related more to Ken or the male roles than I did to Barbie or the female roles. It was easier for me to be the boy and like playing sports and going fishing and various other "manly" things, than it was for me to be the girl and pretend to like pink dresses and makeup and white, glittery ponies. I just didn't get it.

I was also too young to understand that it was OK to still be the mom, or the daughter, or Barbie, and just make them who I wanted them to be. Dress her in Ken's clothes and put her in a Lincoln Log-made cabin instead of some girly Barbie mansion. Hook her up with a 1967 Chevy C-10 with Custom Sport truck instead of a pretty, pink convertible. I didn't understand the possibilities of what it meant to be a girl, and that it was OK to be the girl I wanted to be.

4. I want to be pretty.
It's clear that dresses just aren't practical, and I preferred the clothes Ken wore to the lacy, girly things Barbie did. I mean, come on, how practical or even comfortable are dresses? There is no way I'm just going to hop on a bike, or even a white, glittery pony in a dress. And if I make the wrong move, then BAM! The whole world gets to know me a little more than I intended. 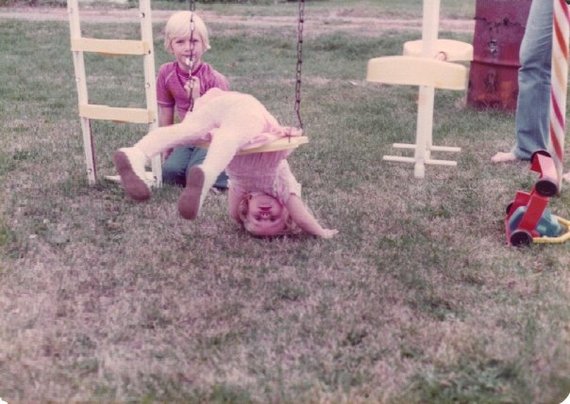 Dresses are just not feasible and also very drafty... give me a hoodie and some sweats any day. It just makes sense for me, that's all! But I do want to be pretty, and when I do put on those dresses and people look at me in a way they never have before, it just feels good! Everyone has that desire to be attractive and wanted, and I'm no different.

The difference is, though, as soon as I get in my front door, those heels are flying through the air, that dress is flung across the room and my hair goes from flowing beautifully down my back into a practical, messy bun. Yep, that's the extent of my attempt at glamour, take it or leave it.

5. Boys really like ME.
I just get them. I mean really, really, really GET them. Who doesn't appreciate it when someone gets you? I liked what they liked, and I was fun to hang out with. And when they saw that on occasion, I could clean up real nicely -- prior to the flinging of the dress and the tossing of the shoes -- it was on!

6. I probably could kick your ass.
This oddly is also a part of #5, but only in reference to the confidence factor. Confidence can be extremely attractive in both sexes, and I was probably overly-confident. I'm 5'7" and around a buck 30. I wasn't the biggest or the strongest kid growing up, but I believed I was, so others may have too. It's all in how you carry yourself.

7. I have the mouth of a sailor.
I have no filter. I say what I mean, I mean what I say and I usually don't care who hears it. I will admit I do tend to censor myself quite a bit more now that I'm a mother and "respectable" wife. Ha! But I've had a potty mouth since a very young age, so I don't see the point in changing now.

I don't know what it is about a good old "f**k you" that really drives the point home. It's much more effective than a "You hurt my feelings, and I did not like that." Then again, I don't have as many friends as the "You hurt my feelings..." type, but I'm A-OK with that because most people are a**holes anyway. See... I just can't help myself!

8. I'm a good mother.
Most people who knew me growing up probably never figured I'd be a mother at all, let alone a good one. But it's true. There's no question that I do have my off days. I mean, that whole nurturing thing that's supposed to come natural to most girls? I have to work a little harder to achieve it.

I'm mostly the, "Oh, you skinned your knee? Walk it off" type. But it's good for me, being a mother. And I thank God every day for this blessing. I should also mention that all my children are boys, so that makes life a lot easier for me.

9. And last, but certainly not least... my "ride" matters to me.
Don't get me wrong; I was a big Rainbow Brite fan growing up. I know, girly, but my boys watch "Dora" and no one questions their manhood, so leave mine alone. Anyway, I'm not sure who my parents had mistaken me for this one lovely Christmas morning (they may have been smoking more than cigarettes), but I'm pretty certain I never gave them any signs that this was me. 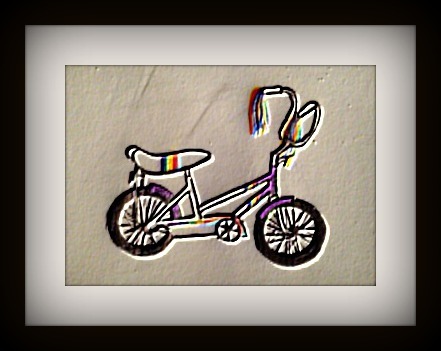 Please excuse my drawing; a picture was hard to find.

Yep, that's her (obviously a her). What in the heck were they thinking? Can you imagine popping wheelies or splashing through mud puddles,or doing any kind of tricks with this thing? Three letters, mom and dad: B-M-X!

But I'll give them a pass on this one because despite this little misunderstanding, they were great parents and allowed me to be whoever I wanted to be: boy, girl, tomboy or just ME! So ultimately, that is my message here: Be who you want to be. Me, I'm a girl! I throw like a girl, I run like a girl and more importantly, I kick ass like a girl! 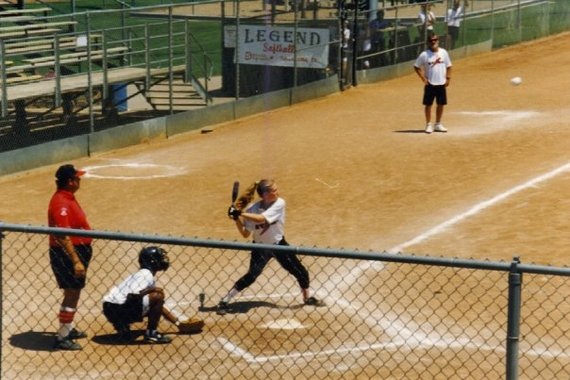