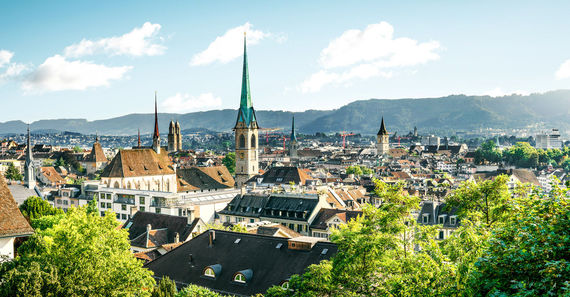 Throw away that cliched European bucket list: we're here to sing the praises of the continent's less-celebrated gems. These 9 cities-on-the-verge offer a smorgasbord of charms, from historic bathhouses to white-hot dining scenes, and all with fewer crowds than their more famous neighbors. 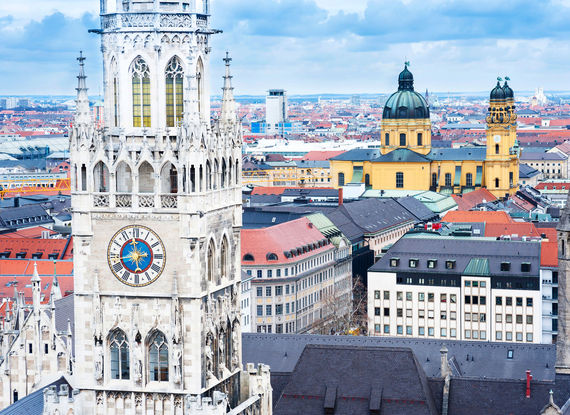 When it comes to German hotspots, Berlin may have the cool cred but Munich is fast gaining a reputation as a can't-miss metropolis. The city's newly-hip side is apparent in the sleek architecture and whimsical flourishes at The Flushing Meadows, a just-opened hotel whose fourth-floor bar acts as a kind of living room for the city's creative set, and the swanky rooftop bar at The Louis, a 72-room hideaway with a top-notch Japanese restaurant and views over the Viktualienmarkt. Stroll the English Gardens, a miraculous green space at the heart of the city that's larger than Central Park: within its leafy confines you can try your hand at urban weir surfing, sunbathe completely naked or imbibe at one of the city's most beautiful beer gardens. Admire one of the greatest collections of Expressionist art at the Lenbachhaus Museum, with its spectacular Norman Foster-designed gold facade and acclaimed terrace restaurant Ella. Then after sundown, hit another gilded institution, the opulent Die Goldene Bar, a 1930s-era cocktail den tucked inside the Haus de Kunst museum.

Where to Stay in Munich 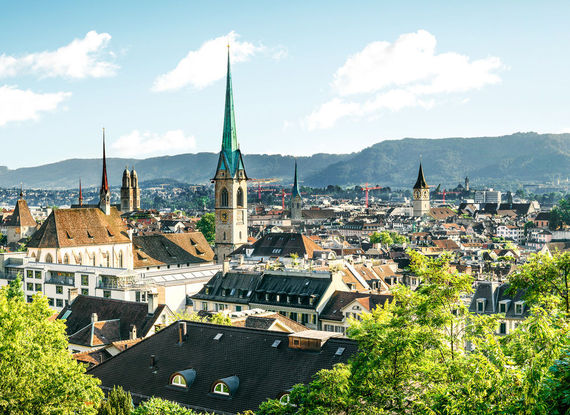 It's time to rethink your stereotypes about Switzerland's largest city. Zürich's status as a finance capital and its sky-high standard (and cost) of living may have branded it as a bourgeois snoozefest, but these days the city is buzzing with creative energy and hot restaurants, boutiques and bars. Bed down at the Marktgasse, a 39-room new player set in a historic building in the medieval Old Town featuring midcentury modern-inspired furnishings and whimsical spaces like the game and books-filled library and lobby-turned-living room. Then head to the up-and-coming Binz District for dinner at Maison Manesse, a 14-seat restaurant where the tasting menus are named after songs by Joy Division, and chef Fabian Spiquel's menu is experimental and delicious. Get your art fix at Löwenbräukunst Areal, a historic brewery-turned-gallery space, before making your way to Im Viadukt, an avant garde shopping street set beneath elevated train tracks in the Zurich-West neighborhood where you can browse everything from locally-made textiles to British cheeses. As the sun sets, join the well-heeled hipsters at Frau Gerolds Garten, a bar and beer garden decorated with shipping containers.

Where to Stay in Zurich 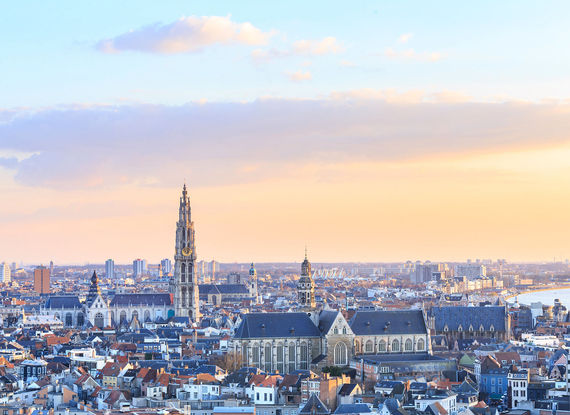 Renowned as the avant-garde fashion capital of Europe, this Belgian quiet achiever is ready to step into the spotlight as an essential stop on the grand tour. Stay at the quirky Pantone Hotel by architect Olivier Hannaert and designer Michel Penneman: the hotel features seven signature colors throughout the rooms, and there's a kitschy roof-deck overlooking the Saint-Gilles skyline. Join the good cheekbones crowd at Dogma Cocktails, a speakeasy-style boite, which serves inventive cocktails like the "Sharpy Moustache" (served in a mason jar, natch), then snag a table at Graanmarkt 13, a produce-driven restaurant with its own kitchen garden and rooftop beehives. For a taste of the city's growing art scene, check out Rubenshuis, dedicated to the Flemish master Rubens, and the contemporary Stieglitz 19, which showcases 21st century photography by local talent.

Where to Stay in Antwerp 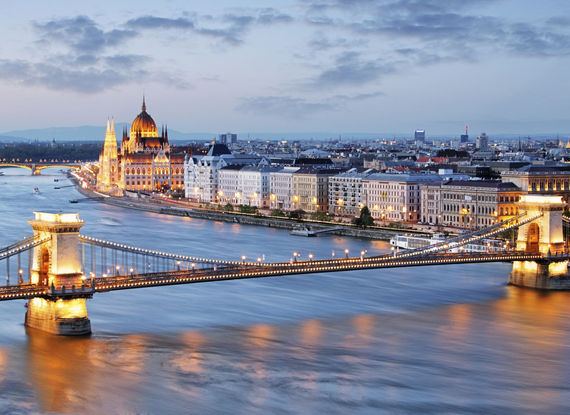 With its irresistible fusion of youthful optimism and rich history, Hungary's vibrant capital is having a serious moment. Get killer views of the Danube at the Intercontinental Budapest, a contempo landmark on the east bank or go all-out at the jaw-dropping Four Seasons Hotel Gresham Palace, an Art Nouveau showstopper built in 1904. Wander across the famous suspension Chain Bridge, guarded at each end by stone lions, to reach the Gothic skyline of the Castle District. Here, you can check out historic treasures like the Matthias Church and UNESCO-listed Buda Castle. Budapest's cool kids come out after dark to mingle in the city's now-famous "ruin bars," ad-hoc nightspots on the east side of the river--these once-abandoned spaces have been reclaimed by young artists and transformed into moody bars decorated with salvaged furniture, art and fairy lights. Grab a wine spritzer and meet some locals at favorite spots like Ötkert, Szimpla and Instant, a labyrinthine spot full of wacky art installations. Sweat out the next day's hangover at one of the city's famous public baths: both Széchenyi and Gellert are masterpieces of Baroque and Art Nouveau design.

Where to Stay in Budapest 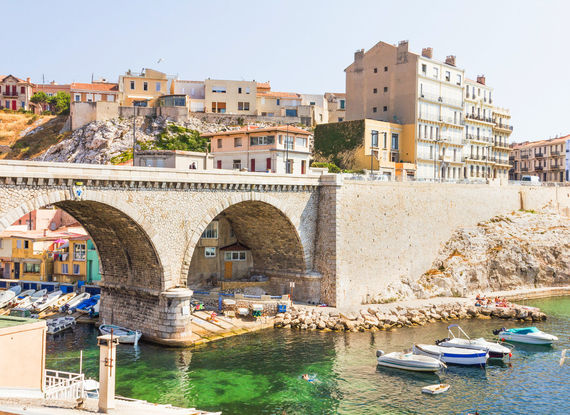 This 2000 year-old port city in the south of France has always had a reputation as a gritty metropolis often bypassed for showier destinations along the Côte d'Azur. But all that has changed in recent years: Marseille has been reinvented as a sexy, artsy hotspot drawing a cadre of creative types and curious jetsetters. Lay your head at the slick Mama Shelter, an outpost of the cult Parisian hotel mini-empire, or embrace the charms of the Old Port at Hotel la Residence set right beside the waterfront, with gorgeous views of the Basilique de Notre-Dame de la Garde. Explore the city's forward-thinking side at La Friche, a tobacco factory converted into an art and performance space--make sure you leave enough time to check out the bookstore. Rub shoulders with fishermen and in-the-know locals at La Boîte à Sardine, a seafood joint whose menu changes with each day's catch, or join the expense account crowd at chef Gerald Passedat's acclaimed Le Petit Nice, the only three Michelin-starred restaurant in town.

Where to Stay in Marseille

Read the rest of 9 European Cities You Probably Haven't Visited Yet - But Should by Emma Sloley, a contributing writer to Jetsetter.

10 Stylish and Affordable Stays in NYC