The labyrinth is an ancient pathway constructed for meditation and spiritual reflection. The early Christian church adopted the symbol of the labyrinth from Roman culture. During the medieval period in Europe, labyrinths started appearing in churches and cathedrals and became destinations for pilgrims who could not make a pilgrimage to Jerusalem.

Today, labyrinths are used by people of all faiths (and none) as a tool for personal reflection.

Unlike mazes, labyrinths aren’t meant to make the walker feel lost. Mazes often have raised hedges that make it difficult to see into the center. They also give walkers a choice of pathways, which turns the experience into a giant puzzle. Labyrinths constructed for meditative purposes usually have just one single, flat path that slowly approaches the center, before returning back outside the circle.

According to Rev. Dr. Lauren Artress, who helped create a labyrinth at San Francisco’s Grace Cathedral, the narrowness of the path helps to focus the mind.

“By walking the labyrinth your inner world becomes transparent to you. You become aware of what your thoughts and feelings are that you’re carrying inside,” Artress said in an interview with SF Gate.

Grace Cathedral divides the labyrinth walk into three stages, each meant to open up a different avenue for reflection. Here’s an excerpt from their website:

HuffPost Religion has assembled this list of labyrinths to visit around the world. To find a spot near your hometown, take a look at this world-wide labyrinth locator maintained by enthusiasts at Veriditas and The Labyrinth Society.

CORRECTION: A previous version of this story suggested that the garden outside of the Chartres Cathedral was a labyrinth. It is a maze.

PHOTO GALLERY
50 Sacred Destinations To Visit In A Lifetime 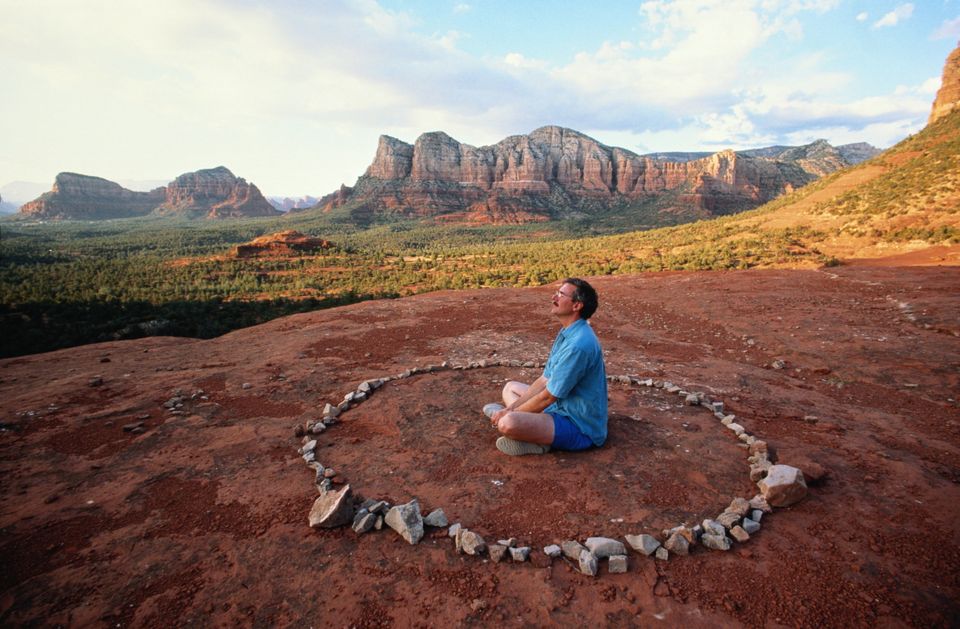