Most people expect if they're spending $9,000,000 on a seven-bedroom castle with a glass elevator and an indoor pool, they'll get to live in it. Or at least use the pool.

Curbed DC brings news of a gigantic Northern Virginia house on the market that comes with what might seem like a pretty off-putting condition attached to its sale:

Normally this is where we would alert you to a new price chop for a house that was originally listed as $12.5M but appears to have a new asking price of $8.999M. But, that is only the asking price if you agree to let the sellers live there for three years after settlement (not a delayed settlement, mind, but a post settlement occupancy). They are also willing to go up or down on the price, provided the buyer also adjusts their move-in date accordingly.

In May, the Wall Street Journal ran a story about the 16,000 square foot mansion and its owner, Dr. Hazem Elariny, a bariatric surgeon described online as being "totally HOT; it is actually distracting".

Elariny told the WSJ he bought the property intending to build a place that was "not monumental, but more than just your run-of-the-mill construction home," and put more than $9.5 into putting up his castle, which was partially inspired by Versailles. (An inspiration that does not always lead to peace and happiness.)

And while five years might seem like a long time, another way to think about this deal is that if you take the $7,999,000 option, for the next half-decade you'll essentially be collecting $75,000 monthly rent. Even with the D.C. area's notoriously high rents, that's more than most landlords would bring home.

Check out some photos of the McLean castle -- can we call it a McCastle? -- in the slideshow below:

$9 Million Northern Virginia Castle For Sale, But You Can't Live In It
612 Rivercrest Dr., McLean, Va. 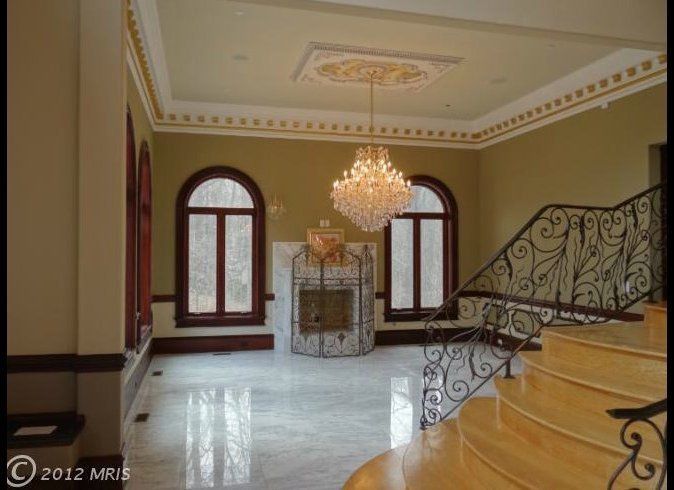